The Top 5 Negative Traits of An Aquarius Man (and How to Neutralize Them!) - Aquarius Man Secrets — Anna Kovach's Blog 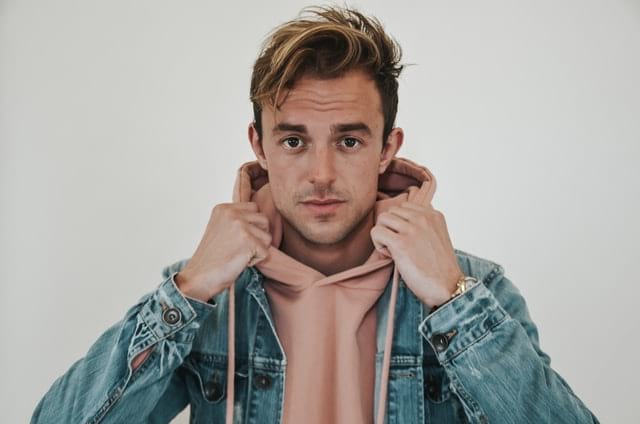 No one is perfect—not even that attractive, intense, super-intelligent Aquarius man you’ve had your eye on!

But if you understand what makes him tick, if you really get to the bottom of the enigmatic Aquarius man, you’ll know how to recognize—and neutralize—his biggest flaws.

If you’re reading this, chances are you’re hurt and confused, like many women I’ve worked with who were frustrated by their Aquarius men—until I helped them unlock the secrets of love.

Astrology has been around for centuries. World leaders plan their strategies around the movements of the planets. Entire cultures base their relationship matches by comparing birth charts of prospective suitors.

You may think of Astrology as a fun way to learn about yourself—and it is!—but it’s also an incredibly useful tool to help you get to the bottom of why your love interest is such a mystery.

Astrology can help you discover his unique characteristics and learn how to accentuate the positive and neutralize the negative. Though the Sun sign is only one aspect of a full astrological chart, it’s the most pertinent description of personality and identity—and it holds the secret to navigating your relationship.

Wrapping Your Head Around the Aquarius Man 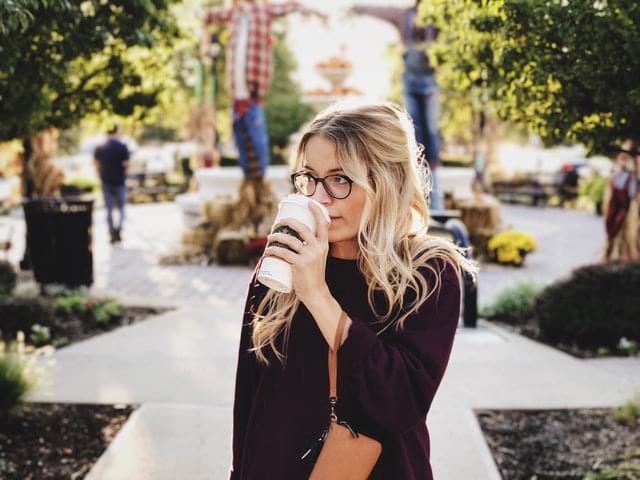 Of all the signs of the Zodiac, Aquarius is the most difficult to understand.

It’s not surprising—they’re totally unique. They take pride in this. But once you understand the secret behind an Aquarius man’s personality, it will all make sense.

You’ll know exactly what you need to do in any situation in order to keep his attention, get him to commit, and cut down on the behaviors that can be so disruptive and unpredictable.

Dating an Aquarius man is an adventure that changes hour to hour. He’s nothing like anyone you’ve ever met. That’s why you love him. But it also means you have to throw all the rules out the window.

That’s because he’s a born rebel and rule-breaker. He’s independent, intelligent, intuitive, and forward-thinking. Yet his approach to feelings and relationships is wholly unfamiliar to you. So you have to understand the reason for the behaviors that may get under your skin.

Here are the most common complaints I hear from women when it comes to dating an Aquarius man—from least infuriating to most—and how you can survive them!

1. He’s Still Friends with His Ex(es) 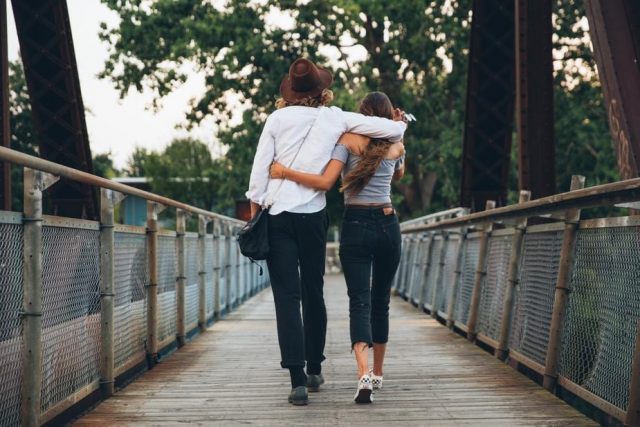 If it makes you squirm to see him smile when he talks about his ex, or you feel uncomfortable knowing they still hang out or text, you’re not alone. One of the difficult things about dating an Aquarius man is that he is likely to be friends with several exes.

Don’t take this as a sign of lingering romantic interest. Your Aquarius love is friends with everyone. It’s right there in the Zodiac—Aquarius is the sign of groups, organizations, grass-roots movements, and friendships.

Don’t get me wrong; Aquarius can cut people off when he needs to (more on that later), but he isn’t going to discontinue friendships just because a romance fell through.

Don’t try to get him to unfriend his exes. This is a power struggle you won’t win.

Instead, trust in him to know the boundaries of a friendship as opposed to a romance. He is good at boundaries. He’s also honest to a fault. He’s the last person you have to worry about running around behind your back. If he’s not over someone from his past, he’ll be honest with you.

Aquarius men collect friends the way some people collect coins or books or treasure trolls. (Ok, if someone is still collecting treasure trolls, they’re probably an Aquarius.) But you get the idea.

Bottom line is, his friendship with other women, even his ex, isn’t a threat to your relationship. If you’re unable to deal with his friendships, though, your jealousy may be an actual threat, so you want to really work through your insecurities on this one.

2. He Brings Up Conspiracy Theories at the Worst Times

That time he mentioned the Moon landing being a hoax at your family’s Christmas dinner table. The look on your best friend’s face when he talks about the ‘deep state.’ The time he went into his theories on the Kennedy assassination at your company picnic…

Yes, you might have plenty of memories of your Aquarius causing you to blush with embarrassment for bringing up ideas that others think are strange.

You love him because he’s unusual. And he will be his beautiful, unique, eccentric, quirky, conspiracy-theory-believing self in public as much as behind closed doors.

This one is pretty simple: Don’t let it get to you. His charm is as much from his unusual ideas and theories as it is from his friendliness and individuality.

You may feel he is oblivious to his surroundings and lacks decorum, but you don’t have to take responsibility for protecting him from others’ reactions—and chances are people see him as endearing and interesting. Just like you do.

You don’t need to change him. And even if you wish he would tone it down, there’s no getting an Aquarius to conform to the mainstream.

Still, if you really feel the need to neutralize some of these situations, bring in support and positivity. Don’t ridicule him for his beliefs. Instead, comment on how he loves to research, has unique ideas, is creative, and challenges the status quo. 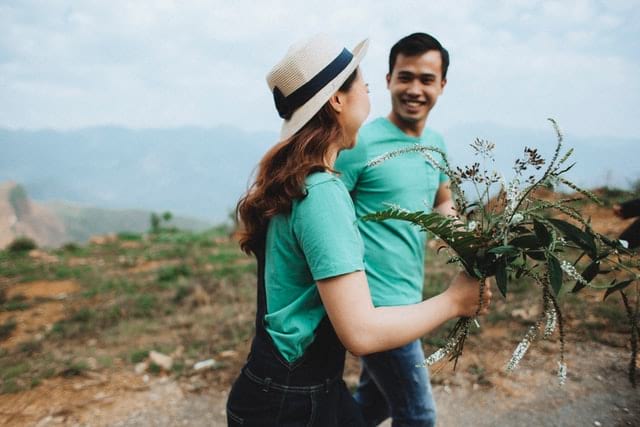 Your Aquarius man loves to be involved in groups and clubs and is especially drawn to radical or progressive campaigns for social change. If you are also a socially conscious person, this provides lots of opportunities to bond and share a common mission.

He’s an optimist at heart, so his involvement in political or social campaigns is his way of trying to be part of the solution. Sometimes, though, you may find his constant reminders of the world’s problems to be a little overwhelming.

Though it may seem awkward to those who don’t share his passions, these interests can be reframed as his futuristic sense and his desire to be on the cutting edge. He is also trying to change society for the better. Even when it takes time away from the relationship, he’s following a bigger mission.

You can redirect some of his attention to shared interests and activities that are more upbeat, but it’s important to not try to pull him away from his passions and mission.

Intellectual pursuits and eccentric groups are his safety net. He feels more secure and empowered in these situations. Let him have his convictions—even if they aren’t always cheery.

He loves you… He loves you not? Your Aquarius man may seem to be totally into the relationship and then suddenly he’s giving you whiplash with his distance.

This is part of the rollercoaster ride of a relationship with an Aquarius man.

He’s a genius, but he struggles with intimacy. Friendships are easy for him, but romance isn’t. He’s going to push away just when things are getting good.

Take the larger process in stride. Expect a zig-zag, not a straight line.

If he’s backing up, it’s actually a good sign. At least he didn’t disappear (we’ll get there in a moment).

Don’t put emphasis on his words in the moment; look at the relationship overall. The last thing you want to do is give an ultimatum. Expect him to ease into the relationship, not rush in.

Read next: How Do You Get An Aquarius Man To Commit?

I’ve found the number one issue women have with their Aquarius men is the potential for pulling a disappearing act.

Everything may appear to be going just fine, and then he goes radio silent for a week, even a month.

Here’s what you have to know: He may be in love with you and you may not be able to stop the disappearing act. Both of these can be true at once.

I know it sounds bizarre, but it’s true. In fact, you may suddenly hear crickets because he is catching feelings. He needs lots of space to process his feelings and make sense of his budding passion for you.

Feelings scare him. So when he disappears, give him space.

Occupy yourself with your interests and friends, and wait for him to get curious about what you’ve been up to. He will.

The most important thing to do, no matter how much it challenges you, is not to chase him. Let his need to maintain connection but also have distance lead him back to you.

What to Do Next

If you tally up the troublesome traits of an Aquarius man and decide that the excitement, intensity, and adventure far outweigh the negative, the next steps are to learn as much as possible about your Aquarius man.

Remember, he doesn’t follow the rules you’re used to, and going it alone can be a confusing journey. I’m here for you, though. Leave your questions and comments below and I’ll respond to you asap!

If you’re wondering if you’re compatible with your Aquarius man in the first place, take my compatibility quiz here!

One thought on “The Top 5 Negative Traits of An Aquarius Man (and How to Neutralize Them!)”