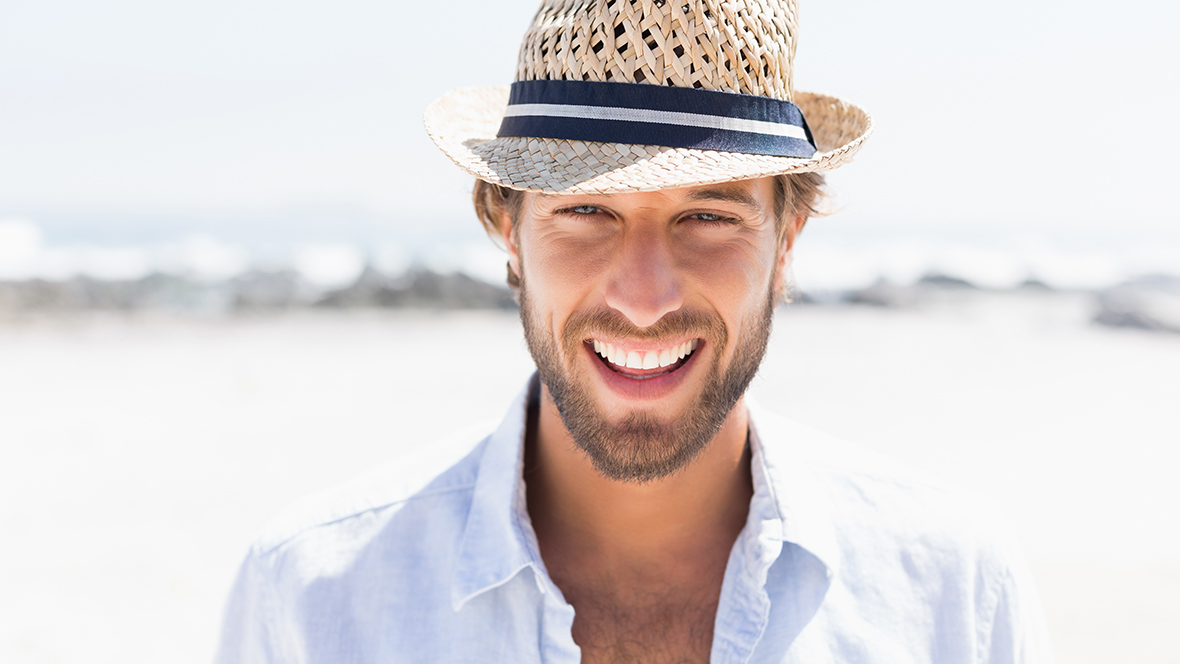 Once you befriended an Aquarius man, you won’t have many reasons to turn away from him. If you are wondering what Aquarius man personality traits and characteristic are, you are in the right place.

Aquarius men are some of the best men out there. Everything a good man could be, an Aquarius man is. Aquarius men do have their ups and downs, but the downsides to them are very limited.

Overall, Aquarius men are amazing and if you have a chance to be close with one, don’t take it for granted; it might be one of the best relationships you’ll ever have- romantic or otherwise. Keep reading and find out some of the Aquarius man traits that you need to know to understand him better.

Be sure to learn both the positive and negative traits of Aquarius man before you make any decisions. 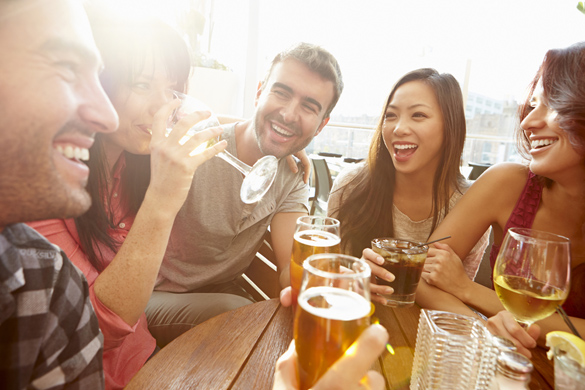 The first personality trait that comes to every Astrologer’s mind when they think of Aquarius is friendly.

The average Aquarius man is friendly and outgoing to everyone they see. They’re always in a good mood towards other people because they love seeing peoples’ reactions.

This is sort of a con in the way that they might just be doing it to get a reaction out of you, but they do it so often, being nice and friendly just comes naturally to them now.

Friendliness is in an Aquarius man’s bones. It’s their instinct to help and be kind, and for that, they are approachable and honest.

Having this personality trait be the first thing that comes to mind when you think of Aquarius men is an incredible thing that they, for the most part, all possess.

Aquarius men are very smart. They are problem solvers and are very reliable when you need some excellent advice. They’re often business owners or are consultants for others.

Not only can he be an amazing business partner but as a love partner or husband; he’s great with balancing the checkbook, keeping the accounting pristine, and making sure bills are all taken care of.

That doesn’t by any means mean that he’s willing to support you fully. He does still want an equal partner. It doesn’t mean you need to make as much money as he does but he does expect you to still do something with your life.

While some people would call it nosey, Aquarius men would call it getting to know people on a personal level. They do it in a polite way, of course.

They’re not the type of people to just belt something out the moment it pops into their head. They like to sit and think things through before they announce it.

One of their favorite hobbies could be peering into your head and seeing the world through someone else’s eyes. They are extremely knowledgeable and always searching for something new. Aquarius men not only love doing this to see things differently in their own world; they like to be close to people.

They are definitely not the type of people to slow down and attach themselves to someone- at least not early on in their life – but they require a deep and personal connection to really feel close to people.

The Aquarius man is typically the type to stand up for people who cannot stand up for themselves. You may find him in a soup kitchen or doing things that will help improve the quality of life for handicapped or elderly.

He’s the guy that you see rescuing animals or running organizations that help animals get fed, get medical care, and possibly homes. This is what it means to be a true humanitarian.

This man does not like to see suffering and he was born with the gift of intelligence so this is just yet another problem that he seeks answers to solve. He will go out of his way for what his passion is.

He may start a business that will offer donations at a percentage in order to help his favorite cause. Whatever it is, he’s on top of it and will do what he can to help as many as he can.

Being a natural leader; this guy can convince the world to do better and help as many people as they can as well. If you’re looking for a guy that can lead a crusade, this is the one to do it.

4. He’s Careful With Emotions and Is A Deep Thinker 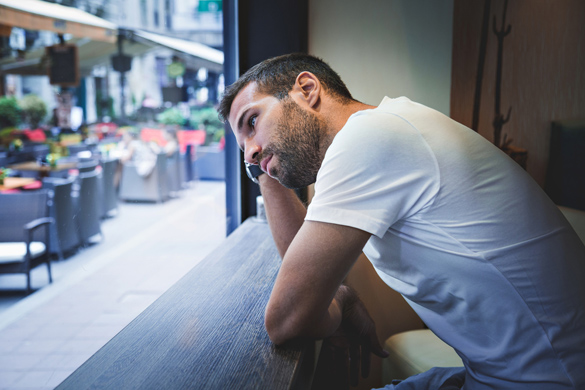 Aquarius men are not known to shout out what they’re feeling, or express their emotions in a progressive way, so another trait of theirs is that they hide their feelings. A lot. It could take days, weeks, or even months to get an Aquarius man to tell you how he’s feeling.

It can be frustrating sometimes to not know what’s going on inside that head of his, but if you’re close and if he’s ready, he’ll give you little hints to what’s wrong. These hints won’t be obscure or out of the blue either.

Another trait of theirs is that Aquarius men are incredibly deep thinkers. They will think about what they want to eat at a restaurant for as long as they can, weighing the pros and cons.

So when they want to tell you what’s going on inside their head, but they just can’t, look into the situation the way he would.

5. He Takes Time To Really Get To Know A Person He Wants To Commit To

I’m sure you’ve read that Aquarius takes his time in committing. It’s not that he’s so much afraid of it more than he is cautious. Some people make snide remarks that he’s a commitment-phobe.

The truth is, he isn’t really afraid, he’s just careful to make sure that he commits to the right person. He’d rather use his time productively and finding the right person to settle down with.

He may play a lot in the meantime but ultimately he doesn’t want to give up his personal freedom to someone he knows in his gut isn’t the right person for him. So this could make him at times, seem cold or afraid.

The Aquarius man knows what he wants and he won’t settle for less. Once he finds it and he’s REALLY ready to commit, he will be loyal to his lady love. What you need to understand is that loyalty only comes when he commits.

When it comes to creativity, the Aquarius man is like a firework. They’re small at first, but once they get their drive and spirit, nothing can stop them.

Whether they are needed for a party, a gift, or an outing, an Aquarius man will have the best, most thoughtful ideas of the bunch.

An Aquarius man will be expressive and inviting when he needs to be or when he wants to show off.

These traits are the most commonly found among Aquarius men. The men born under this Sun sign are extremely complex and have more to them than just these few personality traits.

The ones listed are the ones that shine through every Aquarius man. They show how great a person he really is.

Understanding your Aquarius guy’s personality traits and characteristics are crucial for a successful relationship. Of course, each Aquarius man has his own thing, but, the more you know, the better you can recognize and understand what’s REALLY going on.

It’s not likely to meet an Aquarius man who is looking for a sugar mama. He isn’t interested in trying to find a woman to support him financially. He relies on himself and will work hard to make it happen.

He can also spend great amounts of time on his own. This could seem like a downside as you want him to miss you. However; if you also are someone that treasures some personal freedom; this may be a relief to you.

The Aquarius man isn’t the type that wants to be glued to his woman at all times. He wants to be able to have time to himself and/or with his friends without you being around.

He may love you deeply but he also loves to do his own thing. As long as there is trust then this should be a non-issue. Enjoy your own time alone or with your friends when he’s doing his thing.

This article was more to present to you the positive traits of the Aquarius man. However, there are some darker sides to him. Here are a few things to watch out for:

If you’d like to learn more about what the negative Aquarius man traits are, you might want to click this link. There is a whole other side you need to get to know so that you’re more rounded in your assessment of the Aquarius man’s behaviors.

Do you agree with the Aquarius man traits? Let me know!

Click here to learn more about the Aquarius man’s personality.

6 thoughts on “Aquarius Man Traits: Understand His Personality And Temperament”

Aquarius Man Pulling Away – Why He Does It And How To Pull Him Back?

5 Secrets To A Happy Marriage With An Aquarius Man

Why Is My Aquarius Man Ignoring Me? – What To Do

14 Hot Signs An Aquarius Man Is In Love (Is He Serious?)

Signs An Aquarius Man Likes You: How To Know If He’s Interested

What Kind Of Woman Does An Aquarius Man Like?