6 Negative Traits Of The Aquarius Man - The Complete List

6 Negative Traits of The Aquarius Man

Have you found yourself taken by the romanticism of an Aquarius man? Perhaps you’d like to know what his downfalls are before you fall further into the romantic bliss you seek. Here are some interesting tips about negative traits of the Aquarius man.

This could potentially cause problems with a partner who perhaps perceives them as taking a bit too much time away. This may not be a negative trait so much but something that seems that way if they are with someone who doesn’t get it.

In other words, if you require more time from someone, Aquarius may not be the right match. Otherwise, you end up in a long term relationship with one and he will confuse or make you angry on a frequent basis.

If you are not used to having a partner that wants to go hiking, biking, or whatever it is he likes to do alone, you may want to reconsider whether or not you can handle him.

This freedom-seeking man will not bend to you. He figures either you love him for who he is or he will move on. Likewise, he would never ask you to give up who you are as long as it doesn’t encroach on his freedom.

This doesn’t give him a free pass to do what he wants when he wants. He realizes once he commits that he has to give up a good deal of his free time but he also knows it’s not logical for him to give it completely up. 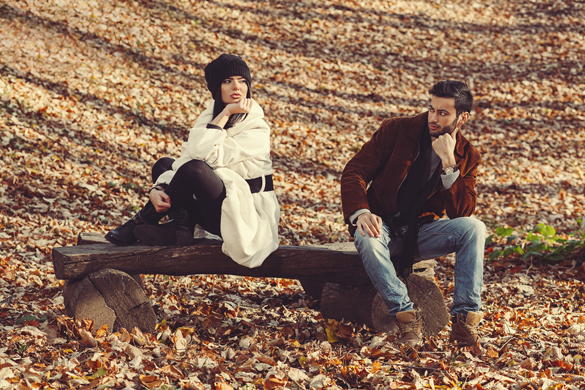 Much like Taurus, Aquarius men can be very stubborn. They simply want what they want and will do what they feel they need to in order to get it. This could sometimes come off as callous or cold.

This can make them seem aloof as well as make them look like they just don’t care. In some ways it makes them look as though they’re possessive as well. This is actually not the case, however.

Aquarius is not possessive and they do care. They are one of the most humanitarian signs in the zodiac; actually. This means that they do have a heart and though they come across as cold sometimes; they do care.

They don’t like to bend for anyone as I’ve mentioned before. They will learn to compromise when they get themselves involved in a romantic relationship for the good of the situation.

It may not be something they particularly like but they realize that they have to have a flow of give and take in a lasting relationship. This is why it takes them forever to commit in the first place.

They know once they do, they’ll have to give up some of their treasured time which is quite scary for them. They want to have their cake and eat it too even though they know it’s not likely to happen.

3. Aquarius Are All About “My Way Or The Highway” Attitude

These people are “all in” with the way they think and as such. Aquarius men believe everyone else should subscribe to the same menu. They don’t understand that there IS an in-between.

Aquarius also tend to think in extremes. It’s either very much left or it’s very much right. In between is too uncertain and not something they like. Again, they tend to learn more about it though when they get into long term relationships.

This is karmically something they have to work on throughout their lives so that they can find that line that hovers in between the extremes. It will help them to know that it’s Ok to not be left or right.

They will push it in relationships though if it’s something they really want or really don’t want. If they want commitment and are ready they will be the ones that push the other person “either we take it up a notch or we’re done”.

Remember that an Aquarius man doesn’t want to commit quickly anyway. So when he finally decides he’s ready, his lady love had better be ready or he may not keep her around too much longer.

Some of them tend to be “you’re either with me or against me” as well. So if you have an argument with one, you’ll notice he will try to drag his family and friends into it to agree with him in an effort to show you you’re wrong.

4. You Can Expect Unpredictable Detachment From Them 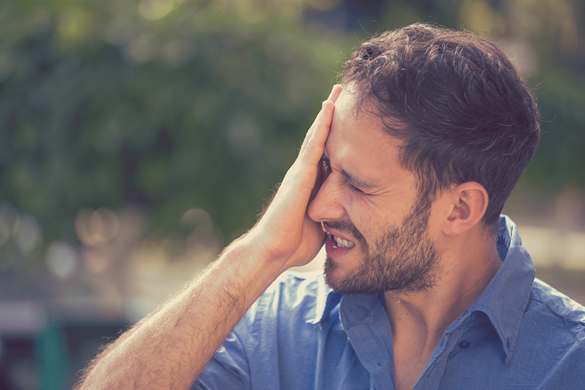 These men can sometimes do things out of nowhere that seems rather shocking. It’s random for most other people but for him, it’s just his way of doing things. He does what he feels is right at that time.

Sometimes this plot for doing something could make him deep in thought and as a result, come off as cold or detached. It’s not that he doesn’t care about you or your thoughts but he has other things on his mind.

Aquarius is a thinker and you can bet that he will space you off sometimes in order for him to ponder about whatever it is that’s going on. It could be about work, another relationship, family, or anything really.

If he seems like a space case or that he’s being cold due to a lack of response; remember that he’s probably just loaded down with thoughts and will bounce back to who he was later on.

So this is another one of those things that can be mistaken for a flaw or misgiving. The thing is; he doesn’t mean to come off this way. It’s just the way he handles things. Aquarius will be loyal to you if he commits so keep that in mind and try not to take his actions too personally.

But, to be honest, Aquarius men are not really that negative and they have plenty of positive traits. If you have a thing for a certain Aquarius man, you can read all about his best traits it in my specialized series: Aquarius Man Secrets. It will show you who this guy really is and how you can make him completely YOURS!

Aquarius men are known for suddenly up and disappearing. They either are not secure in the relationship, they feel pressured or tied down, or they feel they need time to themselves.

Instead of explaining what their need is, they stop responding to calls, texts, etc. They may also physically take off somewhere to be alone. Aquarius men are big on having time to themselves therefore, they’ll take it if they haven’t in a while.

It’s probably better to have some agreement with him to where he can have time to himself, thus not feeling the need to disappear randomly. If this happens to you, though, it could be one of a few things.

Either he’s thinking it’s not working for him anymore, he desires freedom, he needs to think everything over and figure out if the relationship is what he wants, or he’s dealing with personal issues he doesn’t want to discuss.

Any which way you put it, this will not be a pleasant experience for an unsuspecting woman who had no idea that he would do something like this. Don’t panic. There is a reason he’s doing this, but you have every right to be upset.

This is one of the Aquarius man negative characteristics is that he is a bit confusing. He believes in helping people who are in need. However, when it comes to his personal life, he’s a bit different.

When he’s in love and committed, he will give the shirt off his back to his woman. However, when he wants it back, he’ll demand she finds another to replace it. He has some very selfish qualities that make him seem cold or callous.

He’s very set in his ways, and it’s hard to change his mind about anything. He wantsit the way he wants it, and that’s that. You can intellectualize and get through to him on a diplomatic level, but it still may not change his mind.

You pretty much have to prove to him when he’s wrong or when something you propose is the right thing to do. Him not seeing both sides of the coin makes him one-sided and blind to important issues sometimes.

It may sound like a good thing that an Aquarius man won’t settle for just anyone. The problem that happens is that he also will not pay for the potential partner’s inadequacies either.

What I mean by this is he’s particular in what he wants and what he doesn’t want. He will expect the prospective partner to change and be molded by what it is that he’s looking for.

One of the Aquarius man negative characteristics is that he will not change. He has this attitude of “it’s my way or no way.” This isn’t one that works well for a budding romance. He won’t come off that way in the beginning, but as time goes on, he will start changing.

When you start noticing that he gets picky about what you’re wearing, how you talk, or any of your other habits, you should pay attention. He may be tearing you down to see if you’re the right one.

Just like the Aquarius man can pull a disappearing act, he can also pull back his feelings and detach. This means he could still be sitting in the same room but isn’t really “there.”

This is his way of obtaining some form of freedom even if he’s physically still present. He’ll often try to do it this way before he’ll up and take off. He’s trying to work it out in his head.

He won’t listen to you, he’ll tune you out, and he’ll probably blow you off by watching television, playing with his cell phone, or gaming. He’ll find some way that he can be himself and not have to interact with you.

Again, this could be for various reasons. It’s always a trick to figure out what exactly is bothering him and why he feels the need to tune out and be apart from the woman he supposedly likes or even loves.

Aquarius men are difficult, and if you see any of these red flags, it’s important that you decide whether you’re in this and you’ll be patient with him and his bad traits or he’s not someone you wish to continue with.

Do you know why Aquarius men are secretive? Let me know!

How to Attract an Aquarius Man in March 2020

Best Compatibility Matches For Aquarius Man – Who Can Win His Heart?

5 Signs An Aquarius Man Likes You: Know If He’s Interested

Mr. Kinky of The Zodiac: What An Aquarius Man Likes In Bed

Why Is My Aquarius Man Ignoring Me? What Can I Do?

9 Hot Signs Of An Aquarius Man In Love