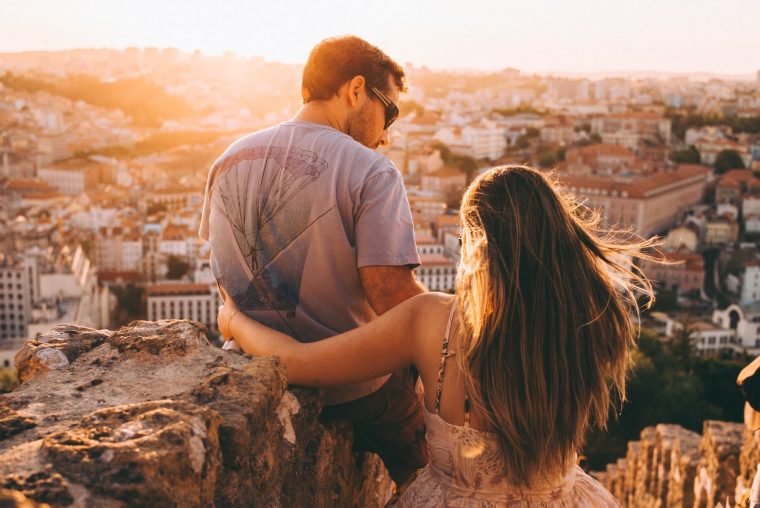 It’s easy to find the good in your Aquarius man—he’s charming, he’s intelligent, and his sense of humor is out of this world.

With so much to love, you expect that after the first several dates, or first several months, that your Aquarius man will open up, share his feelings, and let you know he’s falling for you.

Instead, you hear crickets.

What’s going on? Don’t panic—I’m here to clue you in.

As I’ve shown so many women in your shoes, your best tactics from relationships past won’t work because an Aquarius man is so different. He’s like a puzzle—but he’s not unsolvable!

You just need to understand how his mind—and heart—work.

To him, rules are made to be broken. His fierce independence and need for space and freedom will guide his decisions every time.

It’s confusing and can even be heartbreaking because you expect his feelings for you to be his biggest priority. But they’re not, at least not the way you’re expecting.

I know you may be thinking that all women struggle to get their men to open up—but an Aquarius man lives in a whole different world. If men are from Mars and women are from Venus (hint: they’re not!) then Aquarius men are from their own universe. You’ve got to let go of any assumptions you have from past relationships.

You know your guy is smart, that’s part of what attracts you to him, right? But it’s not just that he’s brilliant. Aquarius men are cutting edge. They’re innovators who can sense what is coming, and they crave intellectual stimulation.

His mind is a battery, and he needs to keep it active. But all this focus on progressive, futuristic ideology keeps him from feeling with his heart.

To him, the heart is a deep and murky ocean, a confusing and dangerous place. There’s so much beneath the surface. A killer shark? A riptide that will pull him away from his beloved freedom?

Yes, he knows that a buried treasure is somewhere in the depths of that ocean, as well, but he’s going to take his time immersing himself in search of it. Don’t expect a deep sea diver at first. He’ll want to keep his head above water.

Learn to Speak His Language 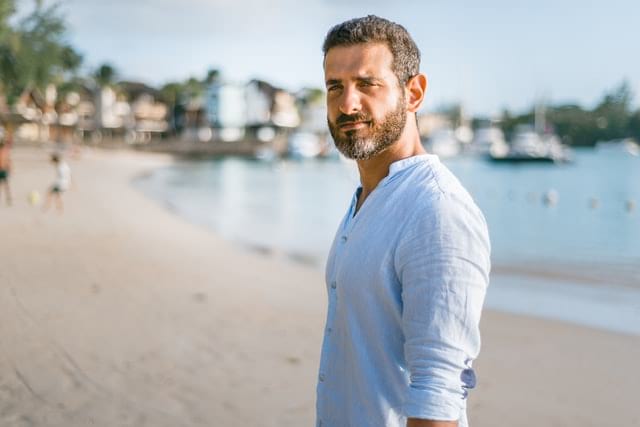 One of the biggest complaints I hear from women about their Aquarius men is that while he isn’t afraid of talking, he doesn’t truly open up. He may go on about a million different subjects, but he doesn’t get deeper into his feelings.

There’s a reason for this. He doesn’t know how.

Even if he’s a neurosurgeon or mechanical engineer, the fact that he can perform all kinds of impressive mental gymnastics doesn’t translate into emotional literacy. He doesn’t talk about how he feels because he doesn’t know how to feel safe articulating his feelings.

Geeking out in the academic, trivia, and tech worlds is his comfort zone. Being vulnerable in the emotional world is not.

But like any language, emotional recognition and expression can be taught. This is where your patience and understanding become vital. Rather than expecting him to speak your language right away, you’ve got to learn to understand his language and help him translate.

You wouldn’t get mad at him for not suddenly knowing how to speak German because you can. So you can’t fault him for not being emotionally fluent. He hasn’t been living in the same world as the rest of us. 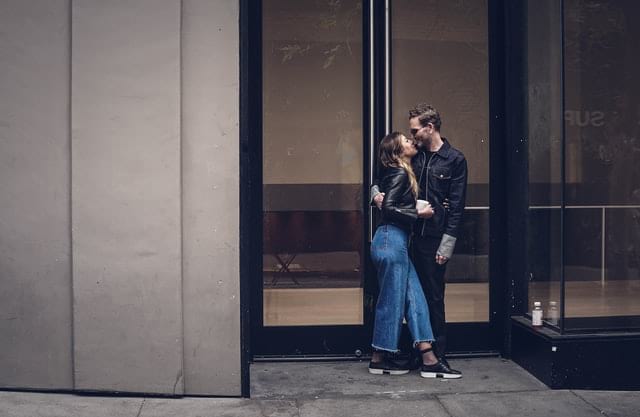 Your Aquarius love interest is complex. Think of your relationship not as a straight line but as a series of layers, each revealing deeper connection. This is not a process of smashing through his walls. It’s a process of winding through the labyrinth. I know it’s hard, but you’ll need to be patient.

Now that you’ve got the message that you can’t expect him to be emotionally fluent right away, your role in the relationship can be to help connect him with his feelings.

Whatever you do, don’t pile all your deepest feelings onto him at once in an attempt to ‘teach’ him to be more expressive. This will put him into overload, and he’ll shut down.

You’ve got to start where he is comfortable.

When he talks about his friends, hobbies, and interests, notice when he seems to be emotionally connected to certain topics. No need to get jealous. He’s able to express emotions more when less is at stake.

He may talk affectionately about a coworker, but it’s not because he has romantic feelings for her. In fact, it’s probably because he doesn’t.

When he talks about his passions for 3D printing, Bitcoin, or his new Ancient Aliens class, use these opportunities to help him express his interests in more emotional language. Be subtle, though—he’ll know if you’re ‘fishing’ for a certain reaction. All you’re doing is encouraging emotional expression in a neutral or safe topic.

Take note of the words he uses. You may notice that he avoids placing himself directly in the conversation but describes things like outside scenes he is observing. The more you can be patient and demonstrate that he can take risks in talking about how he feels and how things affect him, the sooner he will start to open up.

He May Already Love You… From a Distance 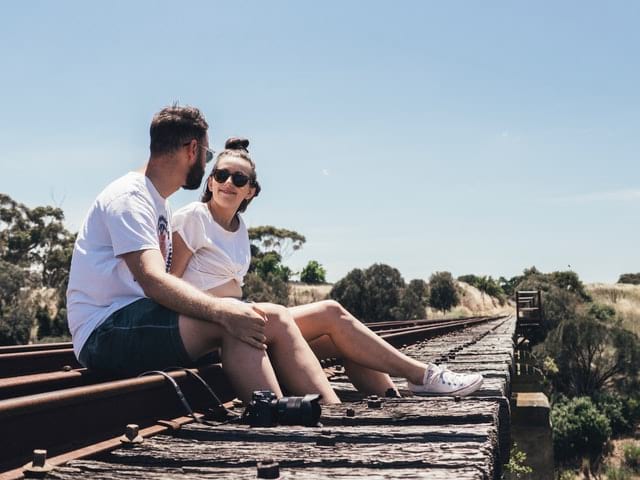 This is one of the hardest things women face when dating an Aquarius before they really tap into his brain: the amount of distance he needs.

When he’s not calling back or sharing his feelings, you can drive yourself crazy looking for ‘signs’ that you recognize as love. But you have to remember it’s not personal.

Your Aquarius man processes things first through intellect. He avoids the deeper emotional connection and may even retreat from his feelings, back into the safety of trivia and academics, sci-fi and conspiracy theories.

Here’s something you need to keep in mind: He may already be falling for you. In fact, if he’s started to pull back, he probably has. I know, you’re thinking, ‘That makes no sense! This isn’t kindergarten!’

You’re right, but Aquarius men are highly sensitive, and behind the intelligence, they can feel downright awkward in social situations. He knows how to connect intellectually, so start there. Allow him to take baby steps from his head to his heart.

He doesn’t wear his heart on his sleeve. He keeps it on a twelve-foot leash. Though he tries to keep feelings at bay, his heart will eventually catch up to him.

Even right now, from his safe distance, he may be falling for you. He just doesn’t fully understand that yet.

Read next: 5 Signs An Aquarius Man Likes You: Know If He’s Interested

Whatever You Do…. Don’t Do These Things

While you’re learning his emotional language and teaching him to express his own feelings, there are a few things you absolutely must avoid. No matter how tempting. Trust me on this, you won’t regret it.

You know those rom-coms where a man is indecisive about his feelings until his woman suddenly catches the eye of another man? Maybe you’ve played that game in the past with some success? Don’t do that with an Aquarius man. Ever. It will only backfire. He’s game-proof, and he’ll see manipulation coming a mile away.

Don’t try to role-model emotional expression by showing him a dramatic outpouring of feelings. He’ll only get scared away. He doesn’t know how to handle your feelings because your feelings will remind him of his own. I know, that’s the goal, but take small steps.

Here’s What to Do Next

He’s worth it, you know that, but this is just the beginning of an exciting romance that will challenge everything you thought you knew about love. Don’t go it alone—I’m here for you.

If you’re ready to dive deeper and start your journey to unconditional love with your Aquarius man, you can purchase Aquarius Man Secrets right here.

Leave your biggest challenge or question below or share your own success stories! I can’t wait to hear from you!