In my practice, cultural differences between a couple can either make or break the relationship – it’s a hefty hurdle to get over, and never easy to navigate. However, at the same time, it’s a connection that can being so much learning, growth and richness to your relationship – and there are many wonderful connections out there who have navigated vast and painful cultural differences and created a beautiful family of their own!

Some of the most common issues when it comes to cultural differences is relating to the family of the partner – maybe it’s not necessarily your man that’s the issue – maybe it’s his mother, father or entire extended family! That can be intimidating, and even more so if your family is putting extra pressure on you, too.

Well, for one thing, you are in luck. Out of all the Zodiac signs, Aquarius has to be the most free-spirited, the one who is most individualistic and least likely to cling to tradition. Yes, your Aquarius man is stubborn, but he is also an open-minded rebel who is willing to kick the system, not just for you, but for the sake of being different. This should be your first clue into helping you overcome the cultural differences between you and your Aquarius man.

Let’s find out, first, what’s really important to the Aquarius man when it comes to a relationship:

What an Aquarius Man Truly Values in A Relationship

Luckily for you, what an Aquarius man truly values in a relationship is not necessarily tradition, but the freedom to believe in what you each believe and having respect for each other. Although some Aquarius men may espouse their family culture and traditions, he’s very unlikely to force you to do the same. If he believes very strongly in his culture, from his heart, he will probably try and persuade you to his “side,” and sometimes, his opinionated approach can be annoying! But overall, he will “live and let live.”

Here are some other qualities that are very important to the Aquarius man in a relationship, regardless of culture:

An Aquarius man wants his freedom – freedom to see his family, to believe what he wants to believe, to live his life the way he wants to live it. If that means embracing you culture, or stepping fully into his, or finding that middle ground, then so be it.

The last thing an Aquarius man wants is for someone to tell him what to believe, that his beliefs are wrong, that his culture is wrong or that he has to do things a certain way. The moment you try and trap him, he will kick back, even though he may not necessarily disagree with you. He just hates to be pinned down or trapped in a corner. The next time you have a family get-together, such as a traditional wedding, make it very clear that he has the freedom to come or go, and the chances are very high that he will come along.

Individuality – Within A Community

An Aquarius man wants to feel like an individual in the relationship. He wants to feel as if he is a person apart from you and your family, apart from his own family, even. If he feels like he can express himself, he will be more likely to be a part of the “tribe” or “group.” Aquarius people love being a part of a community, but they are also quite resistant to being what they would call a “sheep.” Yes, they are contradictory like that! Let him feel as if he has his own say, his own persona, and he’ll soon slide into the group when he feels like his freedom isn’t threatened. 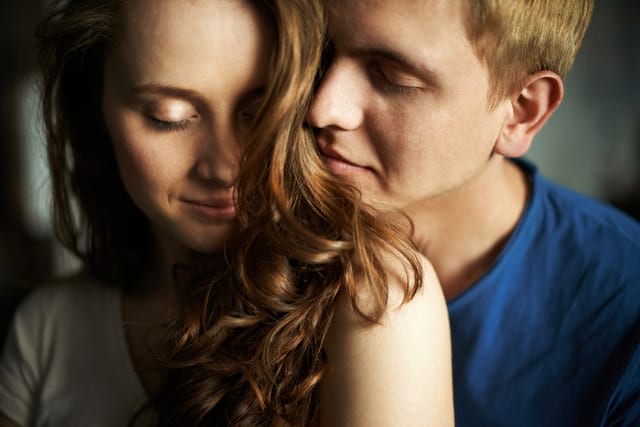 This man values honesty in a relationship. If you feel as if he’s not making an effort with your culture, or that he doesn’t care, he would appreciate it if you came to speak to him. This goes for anything – he values good, honest communication, and wants your input, He won’t always change his mind, but if you appeal to his rational side, he is more likely to come around.

Your Aquarius man wants to grow with you – he wants to learn, which is one of the reasons why he has chosen you to be his partner. He will probably be very curious about your world, and though he may have some strong opinions about the way you do things, he is eager to gain as much knowledge as he can. Open the door and let him learn!

Above all the Aquarius man wants to be your friend – and not only your friend but friend to your family, your friends and your homeland. He is a true liberal, and he is all about equality. He’s pro-choice. So, if you have a family that eats meat, and his culture is vegetarian, he may send you plenty of articles on why it’s not good – but he will always do it in a gesture of friendship and humanitarianism. Most of the time, he’s happy to just let you make your own choices. Aquarius men are friends to all, and have a motto of “live and let live.”

How Will An Aquarius Man Feel About Cultural Differences?

How does your Aquarius man really feel about the cultural differences between you? Well, he will have his own strong ideas. He may think some of your culture’s practices are completely “wrong,” and he won’t hesitate to let you know if his opinion, which can be very annoying. However, because he values freedom of choice, he will never force you to adopt his cultural ways and traditions. It has to be of your own accord. And he will rebel if you try and force him to conform to yours.

Generally speaking, though, Aquarius men are free-spirited, if opinionated, and want to let you live your life, and let him live his. In his mind, he’s your best friend and loyal partner, and that trumps any old tradition. In fact, if there are traditions that stand in the way of your bond, he will go out of his way to rebel against them! You have a humanitarian on your side in this relationship, and someone who isn’t afraid to push the boundaries and develop something uniquely yours!

And finally, here are eight useful tips to help you and your Aquarius man overcome the cultural differences you have between you: 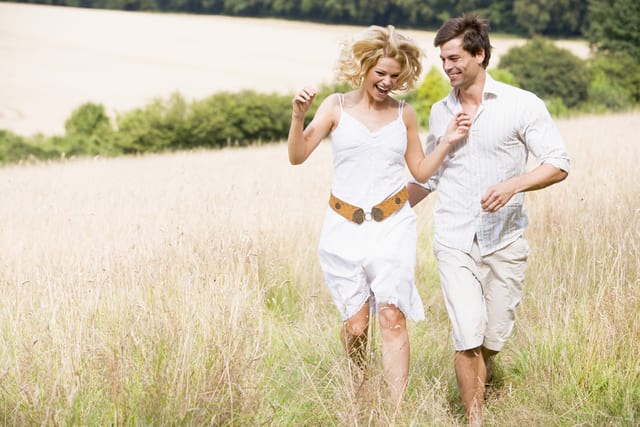 Be open minded to your Aquarius man’s culture – he will appreciate your opinion and want to learn from you, but be curious to what he is all about, and welcome him to be curious about yours. Don’t allow your ideas to stand in the way of your curiosity and a willingness to understand each other.

If your cultures bring about strife and conflict between you, agree to draw a boundary between yourselves and your difference cultures. Create a safe word, or phrase that lets each other know when lines have been crossed. Sometimes, a boundary is the only way to keep the conflict out of your relationship, and there may just be things that you never agree on – and that is perfectly okay. 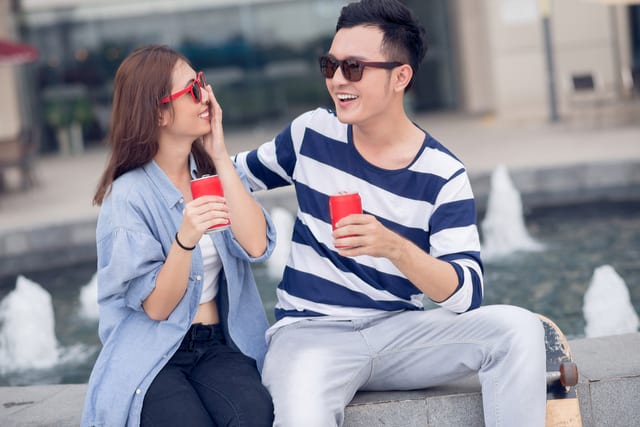 There will definitely be at least one commonality you have between your cultures. Maybe your cultures value family time, or perhaps you see eye to eye on politics. Find that, and focus on it – the mor you look for the differences between you, the more there will be! When we focus on flaws, they have a funny way of growing – and grow quickly. That is all that we see. Don’t fall into this trap!

Aquarius man are born philosophers. Appeal to that side of him, and explain your own philosophies to him. Let him explain his to you. Then try and find a philosophy that fits you, as a couple. Maybe you can take a bit of both of your cultures and creates something completely new and unique – your Aquarius man will absolutely love that!

Probably the most important tip of all is to compromise – both of you. If you don’t both agree to attend, respect or honor some cultural traditions, then the relationship will become unbalanced and resentments will build and threatened to destroy your bond. Perhaps there is one tradition that one of you just can’t do or accept. That’s okay – did one that does sit with you and make an effort to do that with your partner. 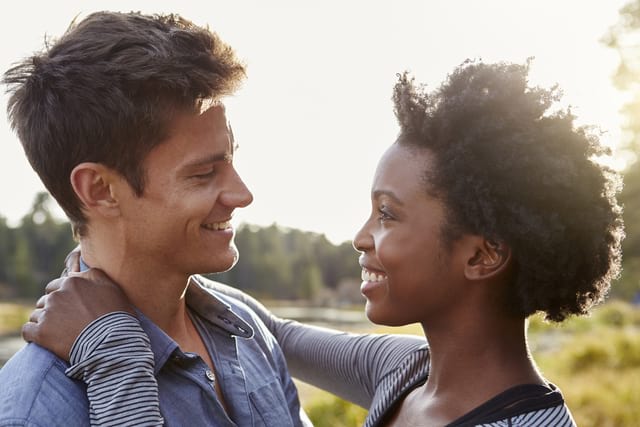 Very important respect each other’s culture. Even if you can’t make head or tail of it, just respect it. If you belittle each other’s culture or look down on each other, it will erode your relationship and destroy you. Your Aquarius man may be guilty of this, as he can have a bit of a “god complex.” Make him aware of this through honest, rational conversation.

Lastly, make an effort to get to know each other’s cultures. Travel to each other’s home countries. Spend time with each other’s families. Celebrate each other’s holidays, enjoy the foods, beliefs, philosophies and ideas that each other brings. You will grow a great deal when you embrace each other’s culture, instead of resisting each other. Your Aquarius man believes in one brotherhood for all, which is inclusive and desires that you all have freedom to be who you want to be. This is one Zodiac sign that can see across cultural divvies and view the world as one world, one culture.

When clients come to see me with this issue, they are often in a state of resistance, exhaustion and worry that their relationship will not be able to handle the cultural divide. However, there are many, many couples who have made it through, and navigate this challenge, and still respect, love and enjoy each other.

After all, look at Nick Jonas and Priyanka Chopra! They not only have a ten-year age difference, but they’re western and Indian! They had a beautiful Indian wedding, honoring all of Priyanka’s family traditions, as well as a modern-day celebration. Nick has fully accepted Priyanka’s culture as his own, and she is happy to support him in his own way of life, too. This is a stellar example of how things can, and should be done in a modern-day relationship. The world is changing, and cultural differences are no longer as impactful as they used to be – many traditional families are openly accepting people from another world. We can also look at Meghan Markle and Harry – she is the first woman of color to enter the royal family, and if she can navigate those tricky waters, so can you! Granted, they had to make some serious changes to their lives, but they put their relationship first, and that’s what counts.

Finally, the most important tip of all:

Read next: 10 Things That Make an Aquarius Man Obsess Over You

For any relationship to work, you need to out your bond first. You have to make each other a priority, if you don’t, too many issues, people and conflict will come in and you won’t stand a chance of survival. If you agree to always put each there first, you have every chance of getting through the issues.

Have you ever been in a relationship with someone who is a different culture than you? Please share it with me – I would love to know!

And if you’re eager to know more about your thoughtful Aquarius man, then check out my Aquarius Man Secret Book right here.

Wishing you love, light, and all the luck in the universe.