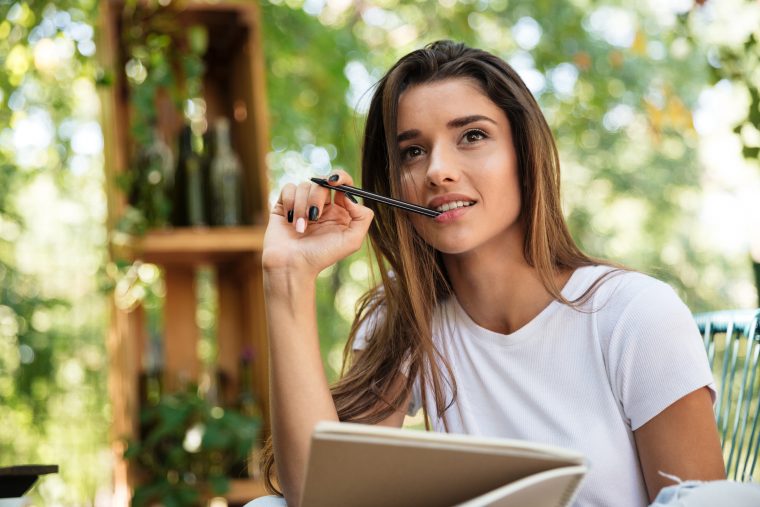 He showed an interest, everything was great at first, then he started to become distant and send mixed signals. You start to ask yourself, ‘Was I reading him wrong?’ What’s really going on? Simple. He’s an Aquarius.

I know you’re going to think that can’t possibly explain his on-again-off-again interest, but stick with me. I’ve learned that there are certain traits that Aquarius men share. In fact, I can tell when a woman is talking about an Aquarius man before she even tells me just based on her top complaints.

That’s because there are common traits that Aquarius men share that completely baffle the women who love them. The good news is once you understand these traits the way I do, you’ll never have to wonder again.

It will change everything, trust me, and in the long run he’ll be so glad that you finally understand his quirky ways.

Aquarius 101: Astrology Can Save Your Relationship

Aquarius is the rebel of the zodiac—and dating an Aquarius man is a lesson in not following the rules.

If you’re expecting him to respond the way other lovers in your past have, you’re going to be confused and heartbroken. You have to crack the Aquarius code if you want the relationship to really work.

You may think of Astrology as a daily forecast on your phone app, but there’s actually a much more complex study involved in this ancient system. Astrologers can map the personality of an individual and even the path of major world events based on the alignment of the planets and stars.

World leaders look to Astrology to plan their campaigns, and CEOs even use studies of compatibility among signs to build teams and motivate their employees.

Even something as confusing and unusual as the mixed signals coming from your particular Aquarius man make perfect sense to an Astrologer. That’s why I want to share my knowledge with you—so that you can have the loving, deep, intense, and spiritually connected relationship you desire.

If your Aquarius man has been sending mixed signals, here are some important questions to ask yourself before you react.

Question 1: Am I Acting Needy? 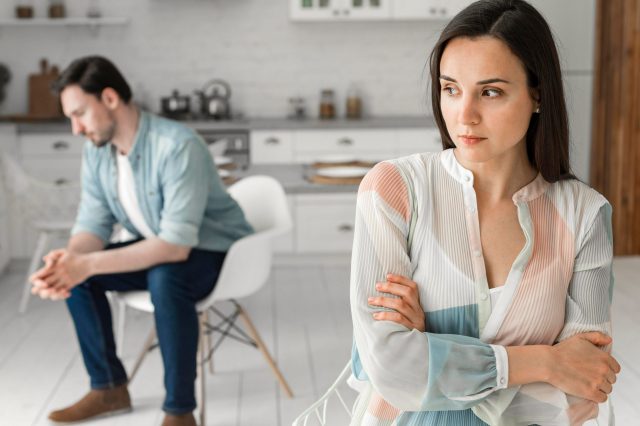 He was in hot pursuit of a relationship at first only to abruptly change his tune and back off. What gives?

This is a common pattern that women describe in their experiences dating Aquarius men. It’s no surprise, though, because Aquarius is the most independent sign in the Zodiac.

Aquarius guys are intense, intuitive, sensitive, and charming, but if you get too close or if they start to feel like you’re getting needy, poof! They’ll disappear—or at least slow down to a snail’s pace.

If he’s taken a step back, that’s a good thing! It actually gives you some space to look at your expectations and ask yourself, ‘Have I begun to depend on him or expect him to fulfill my every need?’ If the answer is yes, or even sort of yes, you’re on to something.

In his own quirky way, your Aquarius man is helping you to be as independent as he is.

He’s challenging you to stand on your own two feet, even in an intimate relationship. Take up the challenge and reclaim your independence. He’ll be fascinated—and want to get to know you all over again.

What he won’t tolerate is an avalanche of emotions. He has a hard time dealing with his own feelings, and that’s part of the reason he’s such a genius. He spends way more time in his head than in his heart.

When things get too emotionally heavy, he disconnects and seeks safety in the rational.

Question 2: What Is His Overall Attitude Toward Me?

The symbol for Aquarius looks like two ocean waves, but it may be more appropriate to think of it as two lightning bolts.

Unlike emotional water, he is an air sign and therefore ruled by intellectual curiosity and the desire for knowledge. And unlike the other air signs, he is in his own world.

An Aquarius man’s energies are intense, eccentric, and sometimes erratic. His favorite things on Tuesday may be replaced by new knowledge and interests on Friday.

It may be hard to keep up with his changing mind and dynamic personality, but let’s face it—that’s part of the fun of having him in your life, right?

Yet given his passion for excitement and novelty, it’s no wonder he can appear to give mixed signals. He may seem on the verge of an emotional breakthrough only to retreat into intellectual and philosophical arguments about the origins of life on Earth.

That’s what he does. He’s not trying to confuse you; he’s just trying to feed his hungry-for-knowledge brain while also conveniently avoiding feelings.

It’s not a lack of interest. In fact, it may actually signal he’s getting emotionally attached, which will trip his inner security alarm and cause him to slam the doors shut. For a brief time, anyway.

Don’t hang on his every word or mood as concrete reality. Instead, look for the overall patterns in his attitude toward you. And give him plenty of leeway to vacillate between friendship and romance before he settles on breaking down his own defenses to pursue you.

It’s going to be a rollercoaster!

Don’t take any one event to be the most important signal. Look for the bigger picture to assess interest and intimacy.

Question 3: Have I Given Him Enough Time? 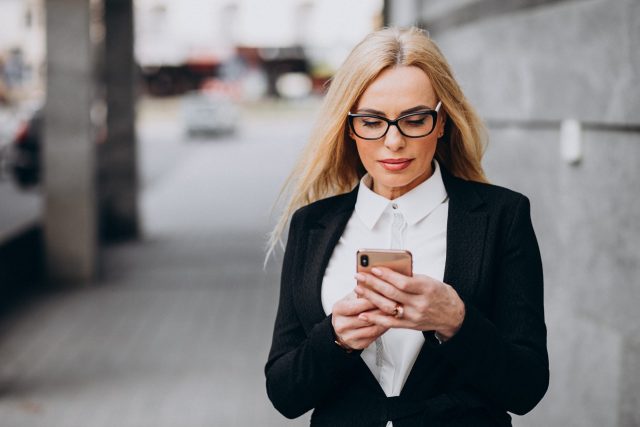 ‘He was excited about our date, but now he’s not texting back. Has he lost interest?’

Some variation on this pattern is painfully common for an Aquarius man. Usually it indicates that he is balancing his interest in you with one of his other top priorities: alone time.

One of the biggest secrets about an Aquarius man is that regardless of how big a priority you are, he will not place another above himself or the needs of his community. No, you haven’t been downgraded—you’re being triaged among numerous other interests.

Even when he’s in love, Aquarius doesn’t shirk his other responsibilities, including his commitment to himself and his own interests. He likes to dabble and invent, research and learn new things, pursue intellectual interests, take classes, and participate in clubs and groups.

Acknowledge that he may be taking time for these things. It doesn’t mean he’s not still fantasizing about his time with you.

Reassess your expectations of him when it comes to response time, and make sure you’re considering his priorities, too.

Question 4: Is He Really Ignoring Me? Or Just Busy? 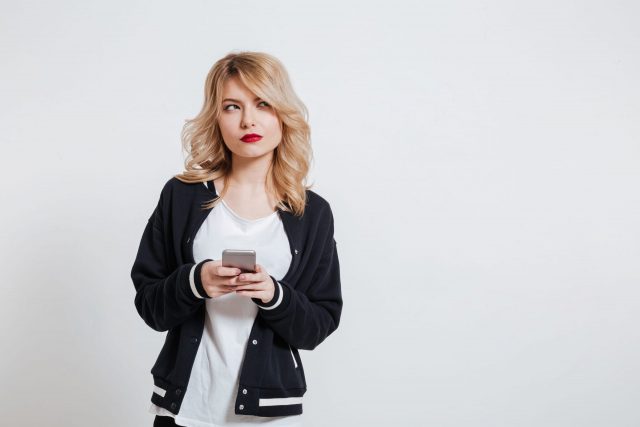 Honestly… it may be a little of both. But if he is ignoring you, he’s just trying to give you the hint that he expects to maintain his own separate life—even if things with you are serious.

It may seem unusual, but he still thrives on solo activities or group activities that don’t involve his love interest. He can balance down time and friend time without forgetting the importance of his romantic connection. You just need to figure out what that balance looks like for him.

If you are expecting to take center stage in his life and for all his other interests to fall by the wayside, you’ll be disappointed. Don’t aim for this goal. Instead, trust in him and in the process. Work on feeling secure even if you are one of several priorities in his life.

Understand that he will take time for himself—he needs to—and take time for your friendships, self-care, hobbies, and interests, too.

Question 5: Am I Seeing Him for Who He Is?

Expecting an Aquarius man to be the doting, affectionate, sentimental, and emotional man you believe he can be is a setup for disappointment.

Don’t get me wrong—he can be all of those things and more. But he’ll vacillate between affectionate and distant, sentimental and rational, and as for emotional… it’s complicated.

See him for who he is. Aquarius is exciting and romantic, brilliant and fun, unique and outgoing, and he will challenge any preconceived idea you have.

Don’t expect him to be like other people. In fact, if he thinks you’re getting the idea that he’s too predictable, he’ll throw in some surprises just to avoid being ‘figured out.’

This trait is at his core. If you expect his personality to conform to some kind of regular, predictable pattern because doing so would make you feel more secure in the relationship, it may be time for you to consider whether your expectations are about who he is or who you want him to be.

Ironically, though, the more you let go and accept him for who he is, the more you’ll start to see the consistency and predictability you were looking for. He’s going to show up, but it will be on his terms.

A Final Question to Consider: Are You Up for the Challenge?

Your Aquarius love interest has so much to teach you and offer in a relationship, but are you emotionally ready to be with someone who needs a lot of space? I’ve created a compatibility quiz to help you determine the strong points and pitfalls of this connection.

Life with an Aquarius man can be confusing, but the reward is worth it.

I’m here to help. Please leave your questions below, and I promise I’ll respond!