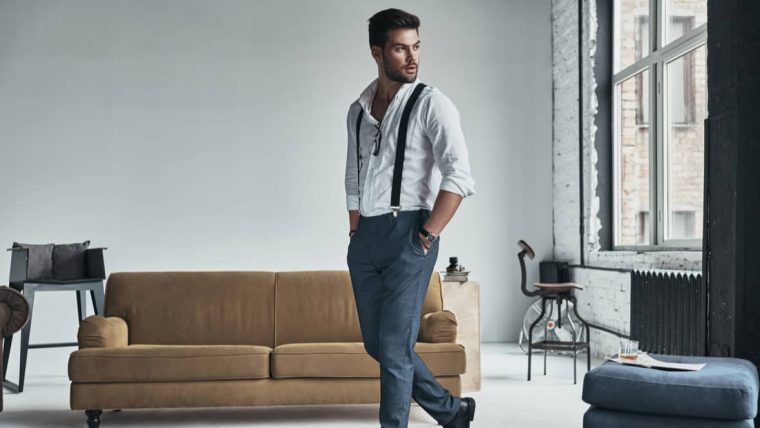 Hello, dear readers, how are you? Great, I hope, because spring is thawing out some of the frigid and stagnant feelings of winter, and there is much to say about what the Aquarius man should expect this month!

The beginning of the month puts the Aquarius man in Superman mode, and he’ll think not just that he’s invincible, but that he’s unstoppable too. It’s a perfect time for an active date and action-packed activities, the Aquarius man wouldn’t have it any other way.

The end of the first quarter of April brings forth some relationship tensions to the main frame. The Aquarius man will feel empowered by the Saturn-Mars conjunction in his first house of self, but he won’t be able to win that argument. It’s a good time to search, give, and accept gifts, especially if they are ocean or water-themed.

The Full Moon brings major and positive shifts to his home life and change of residence. He’ll be in a good mood, and it’s a great time to visit an aqua park or an aquatic zoo. Just going to the shore or sitting near a river is also a good option for this transit.

The end of the month brings a victory of sorts to the Aquarius man’s doors. Against all odds and common sense, he was right, and now he is ready to celebrate. It’s a perfect time for a romantic dinner, some Barry White, and celebratory champagne. Especially if his new home location is located somewhere in nature…

The beginning of the month highlights the Aquarius man’s third house of communication, neighbors, and siblings. There’s a mighty stellium taking place there, and he’s bound to have a lot of activity in his neighborhood and a lot of opportunities to spend some action-packing time with his brothers and sisters.

It’s very possible that he will start something new, a new job that has to do something with adventures or touring. He might start a new blog about traveling and he’ll start by showing off his city and his neighborhood.

His co-ruler Saturn is conjunct Mars, Juno, and Venus in his first house of self, so this means that he is really fired-up, energetic, and ready for new victories! He feels unstoppable at this point in time, and he wants to share his ideas with the world.

There is a chance he’ll be romantically awakened and inclined (more than usual at least), and if that chance cashes in within him, expect him to call you out and about, to suggest sex in a public place, or at least take you on some kind of adventure.

It’s possible that he’ll want to show you a new game or a new video game store, as well as to take you to the shooting range to try out different firearms and see who’s a better shot.

Around the 9th of April, the Aquarius man’s sixth house of health and his seventh house of balance are activated thanks to the lunar phases. On the 9th, he’ll have a lot on his mind thanks to the job obligations and his inner fears that will be triggered through the opposition between the Moon and Pluto.

On the 10th and 11th of April, his love life will be in focus, and it will be a combative couple of days due to the Moon opposing Mars conjunct Saturn in his first house of self. But the Moon is fortified by the Sun in Aries where it is exalted, so it’ll be a dead race between him and his love interest or partner. No victors will be had on those days.

Venus moved to Pisces where she feels great, and Jupiter and Neptune are conjunct, exactly. This means that he’ll be prone to overspending, especially if the stuff he’s buying is spiritual and has to do with the water element.

It’s possible that he’ll try to show his affection through spiritual gifts and small trinkets. If you want to make it easy for him, then accept his (peace) offerings and move along your merry way until some better transits come along. It’s a good period for accepting and giving (spiritual) gifts.

The Full Moon shines a light on his ninth and third houses of purpose and transportation, respectively. This means that topics relating to travel and moving are going to be active. It’s possible he’ll buy a property and spend a crazy amount of money on something that others see as ludicrous.

This doesn’t bother him, as he has a vision and he is a man on a mission. Mercury conjunct Uranus and Uranus conjunct the North Node in his fourth house of home suggest a sudden change of residence and unexpected move on his end.

He’s feeling quite energetic and unexpectedly romantic, especially if he finds himself near a body of water with his lover or love interest. This is a great time for him to express his feelings in an emotional way without him feeling cringe or uneasy about it.

It’s a perfect time to watch aquatic movies or to visit an aquarium. He’ll enjoy spending time with sea animals during this transit and he might even get a great idea via telepathy from some of his distant aquatic cousins.

The end of the month brings forth a second New Moon, and this one highlights his fourth house of residence and family. There’s a whole party taking place in Taurus – the Sun, the Moon, Uranus, and the North Node are all showing up in good spirits.

This means that there’s definitely a change happening in his home structure and his address! And what’s more, when everyone thought he was crazy and made some risky decisions – well he was right – his “crazy” choices paid off and he is cashing it in, big time!

This is a great time for the Aquarius man, both financially and residentially. He’s having a blast during this Black Moon and his blessings are raining on him. What’s more, he’s in a perfect mood for romance thanks to Mercury entering Gemini and Fortune already being there.

It’s time for Barry White and dancing to the hot tunes before closing down the drapes and having fun in the dark. Viva la vida loca!

The Aquarius man will feel great during April. He’s going to have a blast, and if he follows his own intuition and mindset, April will be the month of victories for him.

His romantic radar will be mostly on, peaking during the end of the month on a Black Moon. He’ll feel as if he finally won life, and now he can rest and enjoy the fruits of his labor.

The Aquarius man is going to have a great time participating in April, and there are going to be plenty of opportunities for dating and love life both indoors and outdoors.

I hope you make the best of this month, and I hope the Aquarius man reaches all of his goals and victories with ease and confidence!

I know that it can feel impersonal just to read my general advice on my horoscopes. If you ever feel this way then take advantage of my VIP Consultations. I created them so that I could get more in touch with my followers, one to one. Move fast to book a spot though!

Wishing you a wonderful April full of love and light. I’m looking forward to seeing you here again next month!