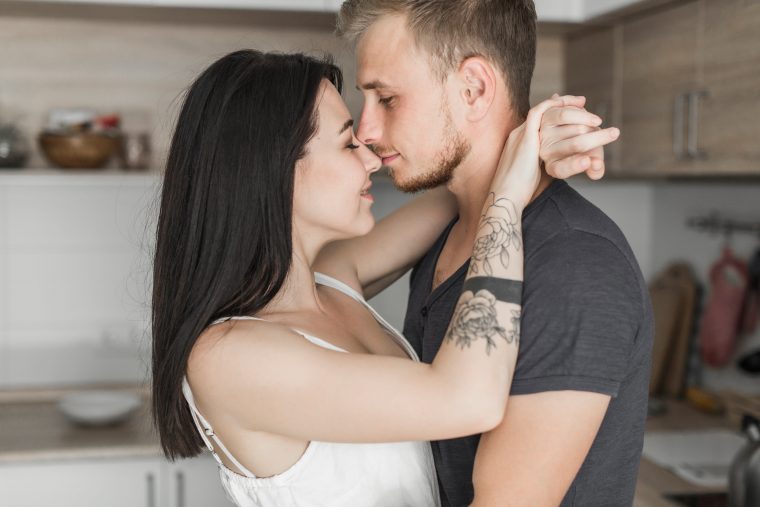 Aquarius men are notoriously mystifying when it comes to emotions, so getting into his head is essential if you want to be a priority in his life. Find out how to win his heart—hint: it starts with his brain!
If you’ve caught the attention of an Aquarius man who stops short of making a commitment, you’re not alone.

It’s no surprise you’re feeling confused and lost—one of the most baffling things about dating an Aquarius is learning to keep his interest without scaring him away.

You’ve got to dig deeper and understand the secrets to capturing an Aquarius man’s heart. It’s a challenge, but he’s worth it because he truly is unlike anyone you will ever meet.

Unlocking Your Person of Interest With Astrology

Astrology is the study of personality in relation to the planets and stars at the exact time of someone’s birth. This ancient practice has helped countless people worldwide to find success in love.

Even world leaders—past and present—have relied on this science to plan their important decisions. In some cultures, romantic matches are made solely based on comparing the birth charts of two individuals. While a birth chart goes into deeper details, the Sun sign can tell you a lot.

This is especially true with an Aquarius man, who is going to break all the relationship rules.

Aquarius is the innovator and rebel of the Zodiac. He’s quirky and knows it. His eccentricity is a source of insecurity and pride.

Based on my extensive research, I have seen time and again that the more you understand Aquarius energy, the more your man’s strange behavior will make sense. 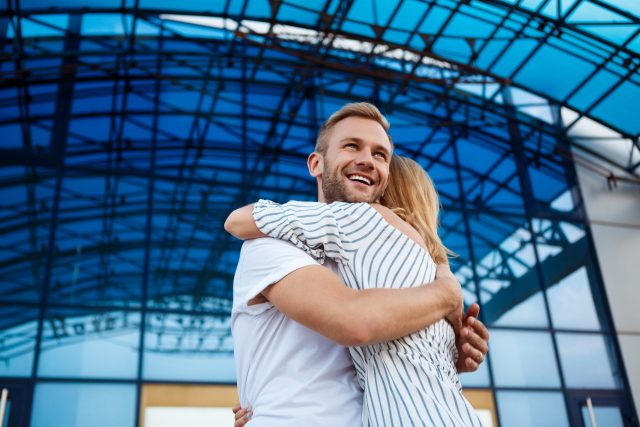 An Aquarius man is naturally curious. He’s highly intellectual and loves to be on the cutting edge. When things start to feel routine, he’ll become bored and seek excitement elsewhere.

He values the unusual. If you want to be valued as a partner, you need to create an air of mystique. Emphasize your individuality. Remind him that there are layers he hasn’t seen. Keep him intrigued.

Whether you’ve been dating for a month or serious for a year, you’ve got to keep his interest. This is a process that will be ongoing for as long as the Aquarius man is in your life. Even if he’s head over heels in love with you, if the relationship becomes predictable, he’ll shut down.

Just like a garden needs to be consistently watered, your relationship with an Aquarius man needs to be kept new and exciting.

I know, it sounds counterproductive. Trust me, though, the more you advance yourself and contribute to the world around you, the more you will keep his interest.

Aquarius Motto: Don’t Tread On Me

The Aquarius man is fiercely independent, intellectual, and idealistic. If he sees that you’re independent and freethinking, he’ll stay tuned to see what comes next. Every day will feel like a new adventure, and he’ll stick around to see what you surprise him with next.

He’s concerned with community and society and has a huge humanitarian heart. He wants to see that you aren’t selfish. When your calendar is filled with social engagements and other interesting events, he will become more engaged.

In contrast, if you’re waiting around to Netflix-and-chill, he’ll panic. Not only will he see you as uninteresting, but he’ll feel like you are too focused on him. This is a mistake.

He never wants to be the sole focus of someone’s energy. Save lavishing attention on someone for a Pisces or Cancer. An Aquarius man wants to know that he has room to roam and space to engage in his many interests without intrusion.

His sign is like the mad scientist of the Zodiac. He is drawn to mysteries that spark his curiosity and problems to be solved. If you’re too forthcoming, he’ll feel stifled. Give him a problem to solve, a puzzle to put together, or a challenge to let him exercise his brilliant mind.

Don’t Expect To Cry On His Shoulder

But isn’t my boyfriend supposed to give me emotional support?

One huge issue I see so many women struggle with in their relationships with Aquarius men is expecting him to make space for their emotions. An Aquarius man is not going to be this outlet no matter how much he loves you. He may deeply empathize with you, but he’s most likely to try to analyze your feelings—just like he does with his own.

It’s best to accept that your friends are your emotional support and your Aquarius man is not. Connect with him intellectually. This is his specialty, not feelings.

The Biggest Key To Commitment With An Aquarius Man: Don’t Pressure Him 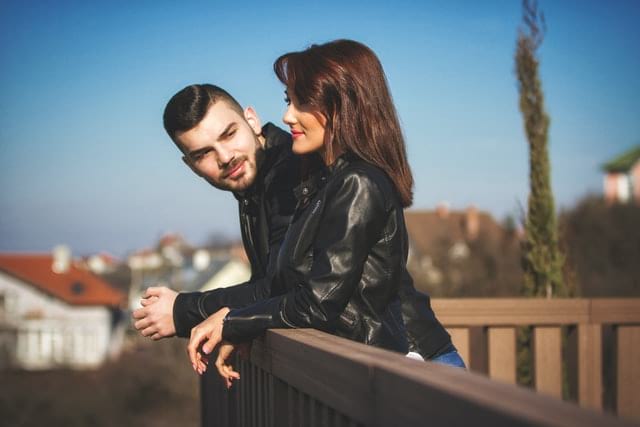 If you want him to commit, don’t pressure him in any way.

An Aquarius man is an idealist. Rather than bringing out a spreadsheet where you’ve carefully mapped what you expect from the relationship (I’m talking to you, Virgo), tell him about your dreams and vision.

Be subtle about painting the picture of what you desire. Then step back and let him figure out when and how he’ll get there.

The progression will likely not be a straight line from flirting to commitment. Expect stops and starts as he gets comfortable figuring out how to balance commitment and independence.

He frequently needs space, even when he values you and the relationship.

If you give him ultimatums or become clingy or controlling, he will be turned off and may distance himself or disappear. Even if you do everything perfectly, he will still vanish at some point for some time. That’s what Aquarian men do.

Make the best of the silent time to indulge in your hobbies, interests, and sense of independent adventure. Don’t chase him.

Let him conclude that you are a rare treasure. When he does, he will step up to the plate.

Being in a relationship with an Aquarius man is like applying for a job. Once you are accepted, it is up to you to continually show your skills and talents. Don’t take his love and interest for granted because he will follow his intellect and desire for change and excitement rather than sticking around for sentimental reasons.

The Key To His Heart Is His Intellect 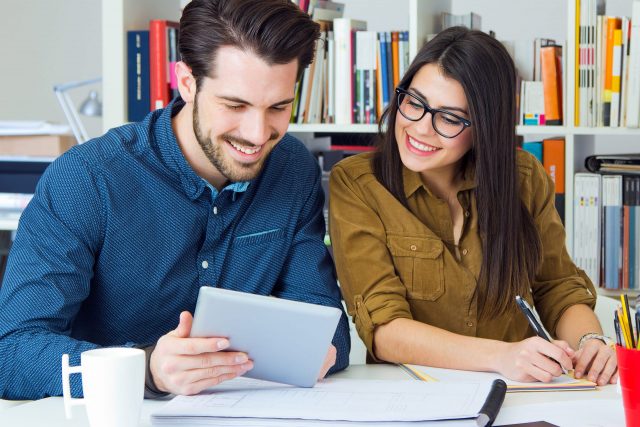 An Aquarius man’s heart is as mysterious as a Facebook algorithm.

Rather than making decisions based on emotion, he’ll prioritize what is new and exciting. Unlike an algorithm, however, he resists being trapped into any predictable pattern and will get bored if you try to use traditional dating formulas to win him over.

He’s intellectually sharp and intuitive. If you are not genuine or if you try manipulative mind games, he will see it coming and will automatically shut down. You may lose him forever if you are dishonest.

Did I mention that Aquarius men are honest to the point of appearing rude? He expects that level of directness from those around him, as well.

He will have more respect for and trust in you if you are authentic, intellectual, and clear without being demanding or needy.

He wants to know that you can stand on your own two feet—but he also loves a good puzzle. Asking for his help and showing interest in his unusual style of thinking will go a long way.

Whatever you do, don’t try to get him to conform to any traditional standards. Engage him by delving into his eccentric and progressive world and learning about his interests. Validating his gifts, creativity, and interests will help him connect with you.

At the same time, don’t make the mistake of becoming totally immersed in his hobbies without adding something to the conversation that enhances, expands, or changes the dynamic.

Ever notice how Aquarius loves to argue? Doing so stretches out his perspective and opens his mind.

Aquarius men don’t want confrontation, but they don’t want someone who will agree with all their ideas. They want a woman who can help them learn new things about themselves and the world.

Your man isn’t seeking a sappy romantic relationship full of roses and poetry—unless the poetry is written in Klingon or an ancient esoteric language. Instead, he wants every day to be an adventure with you as his co-explorer.

If he knows you are open-minded and ready to address life’s larger mysteries, he’s going to see you as an ideal partner. He will notice if you make a face when he discusses conspiracy theories, so show him that you are open to hearing his unique ideas.

I know what you’re thinking. “Why can’t he just be straightforward?” The Aquarius man is unique. That’s why you love him, right?

You must show him that you are on the cutting edge of exciting breakthroughs. By getting involved in classes, groups, and clubs and having interesting, odd, and unusual things to talk about, you will keep him engaged.

He May Already Have Deeper Feelings For You

One thing I hear over and over from women feeling frustrated with their Aquarius men is that they don’t know how he really feels.

Even when he is developing feelings, you may not know. Like everything else, he doesn’t take a traditional route to expressing himself in love. You may be more of a priority than you realize.

Don’t focus on trying to get him to ‘open up’ emotionally. That isn’t his language. Showing his vulnerability may instead look like sharing stories he’s written or letting you in on his secret knowledge about the mysteries of life.

What To Do Next

Getting to the bottom of the Aquarius man’s motivation and unlocking his heart is no easy task, but the rewards are worth it.

How can I support you? If you have your own success stories to share or questions about the Aquarius man in your life, leave a comment below, and I promise I’ll respond just as soon as possible!

And if you’d like to know just how compatible the two of you are, take my free quiz here!