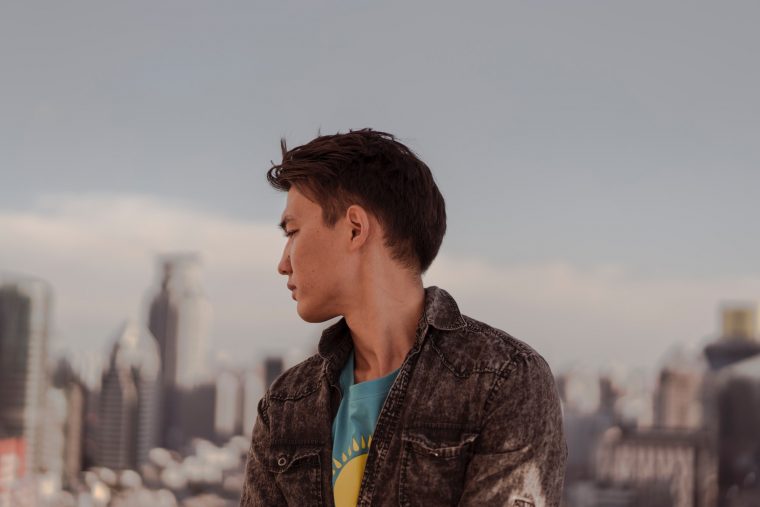 The Best Ways to Respond When an Aquarius Man Ignores You

Are you trying to resist the urge to contact him (again) because he left that last text on “read”?

If you find yourself pondering why your Aquarius man has turned cold when the connection was so intense in the beginning, you’re not alone.

The Aquarius Man: Your Mission, If You Choose To Accept It…

Welcome to the struggle of dating an Aquarius man. You felt an intense connection, he introduced you to an exciting new world full of possibilities, and everything felt like it was going great. Then, without warning, he started to pull back—or worse, he’s totally disappeared.

I hear from women in your shoes all the time. Confused, betrayed, angry—until they realize their angst was the result of not understanding the deeper secrets of an Aquarius man’s energy.

Before you chase him or blame yourself, take a moment to put all the pieces of the puzzle together, starting with an understanding of how Sun in Aquarius affects the personality of the man you care about.

No matter you’re expecting, Aquarius will surprise you. The rules simply don’t apply to him. While his entire birth chart can give clues about different aspects of life, the Sun sign is associated with ego, identity and personality, which can tell us a ton. An Aquarius man is born under the sign of the freethinking, unpredictable rebel. He stands out from the crowd but is also drawn to groups.

Keep reading to unlock the secrets of life with an Aquarius man. 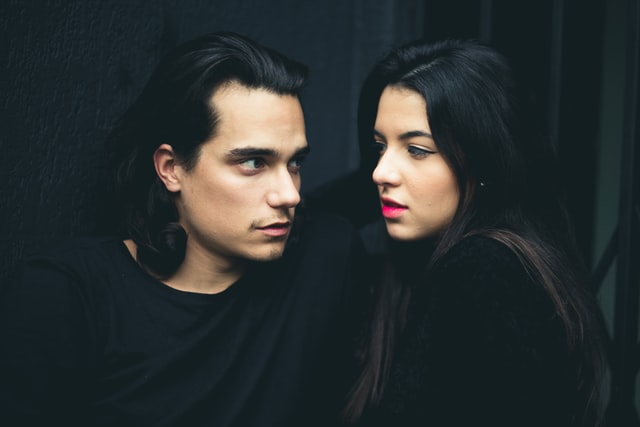 A Blessing… and a Curse

You’re drawn magnetically to his intensity and his unusual habits, style, and way of thinking—and these traits were cultivated through independence above all else.

Does that mean he’s heartless? Of course not! He’s socially conscious and can be a humanitarian. But he needs to maintain his position on the outskirts of the crowd in order to remain free of group influence. He needs to retreat to the periphery to avoid losing himself in the relationship.

He may not actually be ignoring you. Take a deep breath and consider whether he’s just busy. He’s drawn to the interesting, so it may be that someone or something has caught his attention.

Ask yourself why you are feeling ignored. Did he shoot back a brief text within a few minutes? Or did he take a week to leave a one-word reply?

Some of this may have nothing to do with you, but there’s a chance something did turn him off. If things have become too routine, he will back away. Dinner and a movie every Friday night? Not for an Aquarius man. He gets bored with predictability and associate it with a lack of depth.

Speaking of depth, you may want to take note of whether your deeper feelings have been seeping through. The paradox of the Aquarius man is that although he is highly sensitive, he has disdain for emotional issues. He wants to know that you are sensitive, but he isn’t equipped to be the shoulder you cry on. 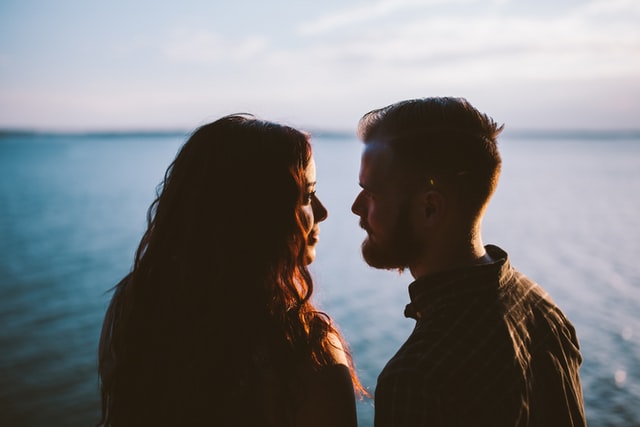 Things That Drive An Aquarius Man Away

If you criticized his friends or became too eager to spend time with him, that may have been a turn-off.

If you insisted he give up several of his weekly club meetings in order to spend more time with you watching Netflix, he is likely bored.

If you haven’t come up with any exciting or interesting ideas to keep him intrigued, he may retreat.

If you’ve become jealous or clingy, or if you tried to get him to close his social media accounts or unfriend his exes, these could also be reasons for him to pull away.

Any of this sound familiar? Consider it a learning experience.

Aquarius men are unpredictable. They can become so hypersensitive that they avoid conflict and won’t always directly express what’s bothering them. Then as time goes by, they may blow up or just disappear. For a while.

The best thing to do if you recognize the pattern of over-emotionality, insecurity, or routines that may have driven him away is to break the pattern.

Find other outlets for validating your emotions, and work through jealousies and insecurities. Get in touch with your unique interests. Having your own thing going on will keep the relationship spicy.

Become the most unique and independent version of yourself. Let him see this, but don’t flaunt your attempt to get his attention. Be subtle but authentic.

Once you’ve addressed your side of the relationship, it’s important to understand what may be happening in his world. Aquarius men build independence into their identity. They thrive on the energy of the group but then need to seek solitude to process things on a deeper level and sort out their unique perspective.

They are most comfortable going from group gatherings to isolation, but partnerships are a puzzle for them. In a group, the energy is shared. Emotional distance can be maintained.

But in a partnership, the heat is on.

Aquarius men feel like they’re in a state of tension. As if they’re under the spotlight with no place to hide and no sanctuary for introspection.

As a result, they are notorious for disappearing acts. Think of this as an Aquarius man coming up for air after feeling stifled or stepping away to remain connected to his personal interests, private life or other friends. Even if his tinkering with new inventions or excessive computer use seem frivolous to you, these are essential parts of his lifestyle.

Intellectual and social pursuits are like air to him. He needs to understand that you will be able to deal with his occasional disconnection. This may be a conscious way to test your reaction. If you try to track him down, he will interpret this as you invading his precious alone time.

I know, you’re thinking, ‘But this makes no sense! If he cares about me, why doesn’t he want to spend time with me?’

Remember, you’re dealing with the humanitarian and egalitarian. Your relationship may be special to him, but it doesn’t emotionally outweigh his other relationships. It also can’t eclipse his downtime.

He may be intentionally testing the waters by seeing how you respond and whether you can maintain your own independent, fun and exciting life without him. Prove you can—and in turn, you may just find him more interested in what you’ve been up to. 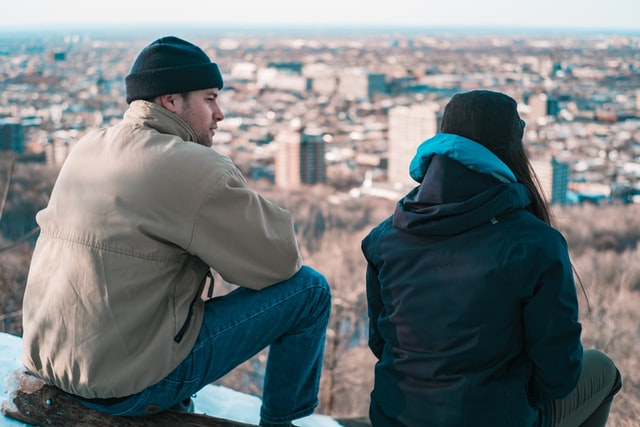 He May Be Catching Feelings

Your Aquarius love interest may also be retreating in order to sort out his feelings. He’s a sensitive guy. But for all his intellectual genius, he fumbles when it comes to emotions.

When he starts to develop more serious feelings for you, he may need even more time apart to figure it all out.

Yes, this seems strange, but Aquarius men don’t follow the rules. Rather than riding the tides of emotion, they run.

The Aquarius man values sanctuary, and his safest space is his mind. He may try to analyze what he’s feeling. Your instinct might be to track him down and figure him out, but trust me, this will feel like a complete and total invasion.

Wish You Knew What He Was Thinking?

That’s understandable—he’s an enigma. So many giving, loving women just like you drive themselves crazy trying to figure out what the silence is about. Is it me? Did he find someone else?

Getting serious about a relationship is a complicated process for an Aquarius man. The simple formula of ‘I love her, she loves me, let’s be a couple…’ is not straightforward to him. It’s more like advanced calculus.

He will ruminate over what this relationship means for him. Will he lose his independence? Will you try to change him? Will the demands of the relationship interfere with his time experimenting, learning and exploring life? Will you be jealous of his friends? Will you expect him to show emotions or understand your feelings? All these things and more will circle through his mind.

All this time trying to figure out love conveniently distracts him from his vulnerability and emotions—and he’s okay with that.

Read next: 5 Questions To Ask an Aquarius Man to Get Him Interested In You

What You Absolutely MUST Do Next to Keep Him Interested

He will show up again. When he does, keep it light. By backing up, you give him space to become curious about you.

Resist the temptation to hammer him with heavy emotions, and whatever you do, don’t act clingy, angry, or demanding. Instead, act as if nothing out of the ordinary has happened, and show him that you have unique, fun, and exciting things in your life that were keeping you so busy that you hardly noticed his absence.

Don’t play with his feelings or try to provoke jealousy. Don’t flirt with someone else or let on that you may have replaced him. Even if this is your own test of his interest, it will only backfire.

Also, don’t use the next point of contact as an opportunity to do heavy emotional dumping. Instead, keep him interested by bringing up unusual things to talk about or suggestions for unique dates or adventures.

What to Do Next…

This is a good time unlock the secrets of the mysterious Aquarius man’s personality. Try my compatibility quiz for a head start on whether this relationship has potential for you.

I’d love to hear your success stories or questions about keeping the interest of an Aquarius man. Leave your comment below, and I’ll respond to you personally as soon as possible!