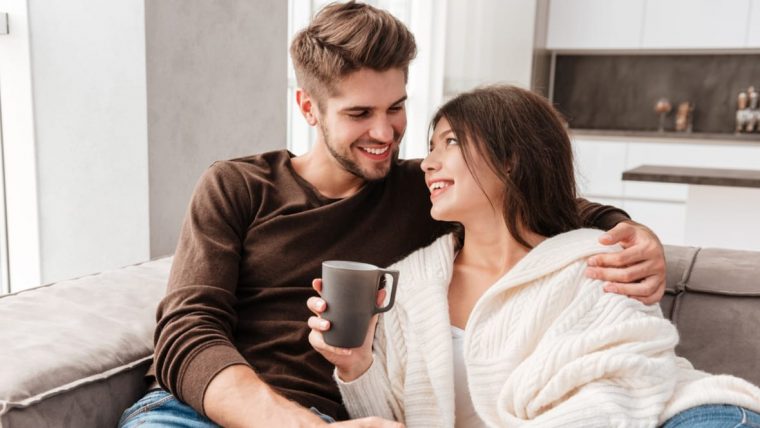 The good news is, this is untrue! The Aquarius does love love – but his definition of it is just a lot more fluid than that of other signs! He’s a sweet guy who is just a little awkward when it comes to normal, conventional love.

What does this mean for you? Well, he is a tough one to pin down when it comes to romance. Finding the signs that he likes you can be challenging! So, this can mean that you’re floundering to know if you should make the next move with him.

Luckily, I am here to let you in on tips and tricks to finding the signs that your Aquarius man is really crushing on you! This is one of my favorite subjects, so let’s get started!

1. He’s Curious About You 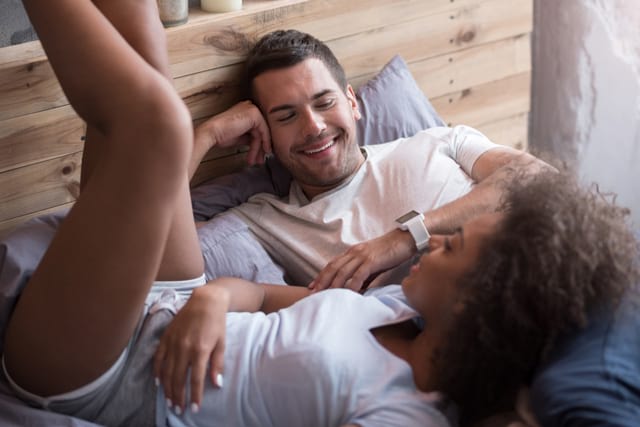 An Aquarius is an air sign, let’s begin there. What does that mean? Well, he’s social, intelligent, and loves to learn! Networking is kind of his thing. He is great at small talk and he doesn’t subscribe to the idea of ‘stranger danger.’

So, it’s safe to say that he’ll be talking to you no matter what. But what will begin to make his intentions clear to you is how curious he becomes about you and your life. If his interest progresses past titillating small talk then you should start wondering if he is crushing on you!

Aquarians are usually asking people questions about who they know or what they think. But if he’s asking you questions about how you feel then you’ve hit paydirt! He’s now invested in your emotional life and how you operate on the inside where others can’t see.

Once you notice that he’s taken an interest into your personal well-being and picks you out of a crowd to talk to, then you can rest assured that he’s interested, whether he knows it yet or not.

2. He Lets You Into His Personal Life

Now, this point is a serious indicator that he wants to be more than friends with you! This is because the Aquarius is friendly, yet very private at the same time. He’s an open book and yet he holds back part of himself from the average person. This is why he is so personable to such a wide variety of people. Very few people see his whole self.

When he begins to let you in on a true, soul level then you will begin to see parts of him that you were totally unaware were there prior. That’s the magic of an Aquarius falling in love with you. Bit by bit you see his real self come out to play with you.

When evaluating if an Aquarius likes you, talk to other people who know him and drop tidbits (that aren’t private details) about him and see if others know about this piece of information. If they were totally oblivious but he told you about it, that’s a sign that he’s very comfortable with letting you dip beneath his exterior self.

3. Your Friendship Is One Of The Best Ever 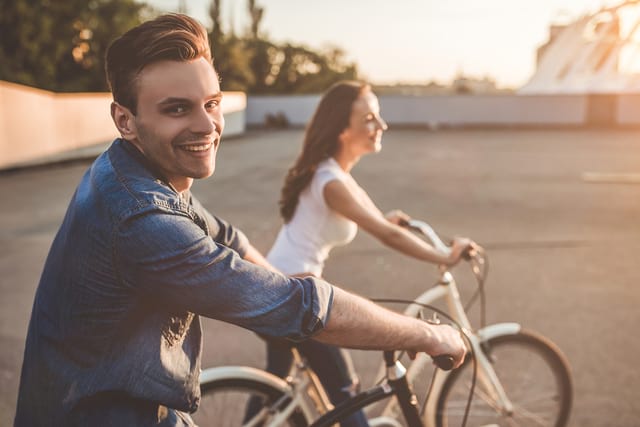 One thing about an Aquarius is that they prioritize friendships! They are some of the most popular people in the Zodiac because everyone knows them and most people like them. This doesn’t mean that all of their friendships are deep and soulful though. That’s where you come in (hopefully!).

The prerequisite to getting to romance with an Aquarius is friendship and it would shock an Aquarius to hear that relationships can begin any other way! So, before an Aquarius will start being warm, fuzzy, and flirty, he’s definitely going to want to be calling you his BFF first and foremost.

You’ll have the most life changing friendship with an Aquarius if you choose to appreciate that part of the relationship for what it is. He’s going to give you his absolute best in a friendship. And once this is achieved you will begin to see why the Aquarius loves friendships the way that he does.

4. They Get Very Close… Then Back Off

Aquarians get just a little scared when the prospect of real love is on the horizon for them. Intimacy with a single person is a foreign subject to them and so they may retreat to the security they find in distance. You can feel the Aquarius backing off at a certain point on your way to romance, and this is normal.

The key is to not freak out and follow close behind when you believe they’re leaving. They won’t leave a friend forever, and odds are he considers you to be one. The thing that you have to remember is that he’s not comfortable with intimate relationships. He’s a crowd pleaser more than anything and he doubts his ability to be enough for one person.

My advice during this part of the Aquarian encounter is to simply wait and be on his terms. When he realizes that you aren’t going anywhere, then you will find him coming back eventually. This can be an occurrence that happens a lot with the Aquarius. His fear of intimacy can be paralyzing for him, but he will likely come back and work on progressing with you.

This is an adorable sight to see. The Aquarius struggles to find a way to communicate deeply with just one person and so it can be really funny to watch one attempt to connect regularly with his partner (or potential partner). He may not know what you’d like to see out of him so he might fumble!

He might stumble over his words while trying to express his love for you. He may have to try several times just to hold your hand! This is part of the Aquarian charm in relationships. You can see how badly he’d like to progress the relationship to the next level but he’s unsure of how to.

If he’s acting awkward and shy around you when he’s normally outgoing and charming, then you can bet he’s got a thing for you!

He may not know how to portray his feelings for you well, but this won’t stop him. He’s an honest and authentic guy who is going to want to display his love for you. Emotions are hard for him though! Have some patience as he navigates the world of romance.

Are you dating an Aquarius man? How could you tell that he was falling for you? Let me know in the comments!

And if you’re looking to grow your love with your Aquarius to greater heights, then check out my guide Forever Love With An Aquarius Man to find out how to sustain your love with the Aquarius for all time!

How To Attract An Aquarius Man In July 2021