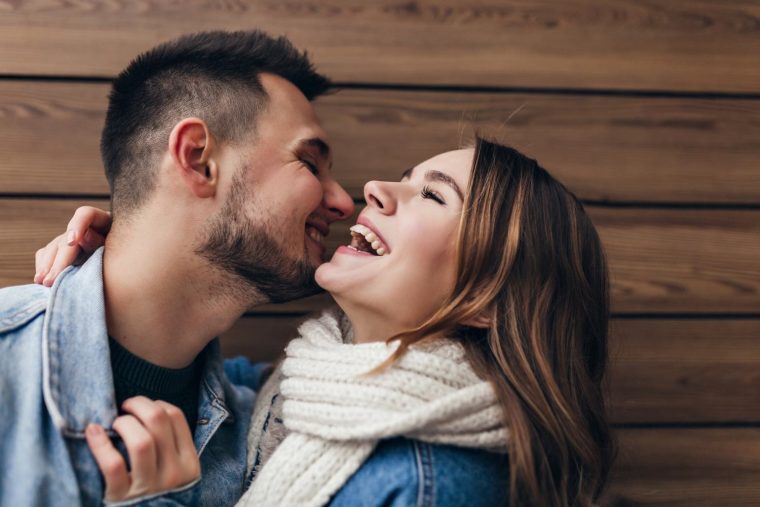 Do you have a sneaking suspicion that an Aquarius guy is crushing on you… but you’re just not too sure? Girl, I think we’ve all been there!

Aquarian men are none too great at communicating their affection (a moment of silence for emotionally illiterate air signs!), so how can you know what’s on his mind and heart?

I’m here to guide you, to help you discover the right things to look for in a lovesick Aquarius! Keep reading to see the five tell-tale signs that an Aquarius man is in love… maybe with you! 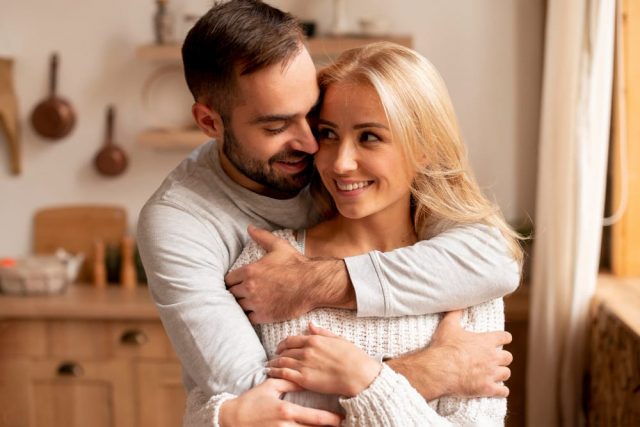 An Aquarius is not one to be dishonest. He typically is fine with openly acknowledging the truth and how he’s feeling (or at least what he thinks he is feeling).

For this reason, he is one sign that is straightforward about his romantic feelings, at least to his friends. The only issue is, it may take him a long time realize that he’s even crushing since he sees himself as an independent guy… the feelings may sneak up on him!

If he sees you as his friend, he’ll confide in you his feelings for the one in question. You won’t have to beg for information since Aquarians are pretty open with information.

If he’s in love with you, then you were almost certainly friends first… which means he is going nuts not being able to confide his feelings openly! Going to the next level can be hard for him, but you’ll know if it’s you he loves because he will have become way more emotionally open with you than ever.

2. He’s Not As Flirtatious

Aquarians are like the other two air signs in the sense that they all tend to be notorious flirts! They are highly communicative and charming… they’re just built for it!

The difference with Aquarians is that they are a fixed sign, meaning that when they do find something they like, they stick with it for good.

So yeah, the Aquarius will flirt with just about anyone until they find that one person who they love… once they have that person, they pretty much cut it off for everyone else.

So, if the Aquarian has stopped flirting with you, you can believe that they found someone that’s made them hang up their Don Juan façade.

Now, if they’ve upped the flirting with you but you haven’t noticed him flirting with anyone else, you’re in luck, because you may just be the one on his radar!

Aquarians are ruled by Uranus, a planet of boundary breaking and pushing limits. It’s not the warmest planet, but it is a curious one.

The Aquarius is going to balance out what he doesn’t know about a subject by asking all the right questions to better inform himself… he’ll even do this on the topic of emotional expression!

If he’s asking you about where the best places to go on a date is, how to tell if someone is crushing on you, or how to tell another you’re crushing on them it is because he’s doing field research to fill in the holes in his knowledge.

And if he’s making it very clear that he’s asking how you can tell when someone is crushing on you, then I think it’s a safe bet that he’s not asking for a friend – he wants to know how to get the message across to you!

4. He’s Talking About A Certain Someone All The Time

To say an Aquarius knows a lot of people is an understatement. He’s associated with the 11th house of friendship and community. In other words, he’s a friend to all.

So, when he really zones in on one person and they’re a huge topic of conversation for him, then it is a safe bet that he’s crushing hard and he might even be in love.

Just listen to what he’s saying when he speaks and what the topics tend to revolve around. If a specific name keeps popping up, then it’s a sure sign that at the very minimum, that person holds a special place in his heart.

Now, if he’s being extra attentive to you, and rather than talking up a certain person, he’s confiding in you about his problems, then consider that you are the person that he is telling everyone else in his life about! 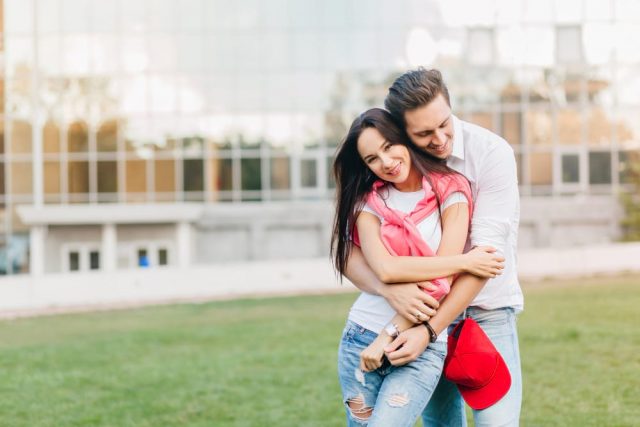 Although the primary ruler of Aquarius is humanitarian Uranus, his secondary ruler is Saturn, planet of restrictions and challenges.

This means that despite their approachable first impression, they are actually a pretty tough nut to crack. They can be distant and lack emotion at times.

When someone gets near enough to an Aquarius to warm their heart up, it shows. They seem to better understand empathy and kindness and they’re much easier to emotionally engage with at this time.

If it was only after he became a lot closer to you that he started to divulge emotionally charged confessions, then keep in mind that you could be the one who is triggering him to act more emotionally raw!

This is a good thing, because this means the Aquarius is opening up to you… no small feat for aloof Aquarius!

Read next: 5 Turn-Offs That Make a Good Aquarius Man Leave a Great Woman

Bringing It All Together

These points all apply to Aquarius because of their intimate connection with both Uranus and Saturn. They’re paradoxical in the sense that they can have a great rapport with total strangers but don’t know how to connect to those that they deeply value.

When an Aquarius is in love, he is going to show some obvious differences, though you’ll experience these things differently if you are the one that he is making eyes at!

He’s going to go from a fairly neutral fellow to someone who’s trying hard to perfect the language of love, and this shift is going to be obvious to you!

Mercifully, he is also a straight shooter who tells it like it is. Once he realizes he’s in love, he will pursue that to the end because of his dedicated fixed sign nature and he won’t hold back his emotions due to his commitment to being true to himself.

The Aquarius man may not understand love, but he will certainly try. It’s worth it to hang with him while he learns, since he approaches love like a tireless scientist, and it might just feel good to be his test subject.

Are you dating an Aquarius man? At what point did you realize he loved you and what made you realize it? Give us all the details down below in the comments!

Want to find out your love match compatibility with Aquarius? Take my free quiz here to find out!

And if you are searching for a one stop source for all things Aquarius, check out my book Aquarius Man Secrets. You can find it right here.

How To Attract An Aquarius Man In July 2021