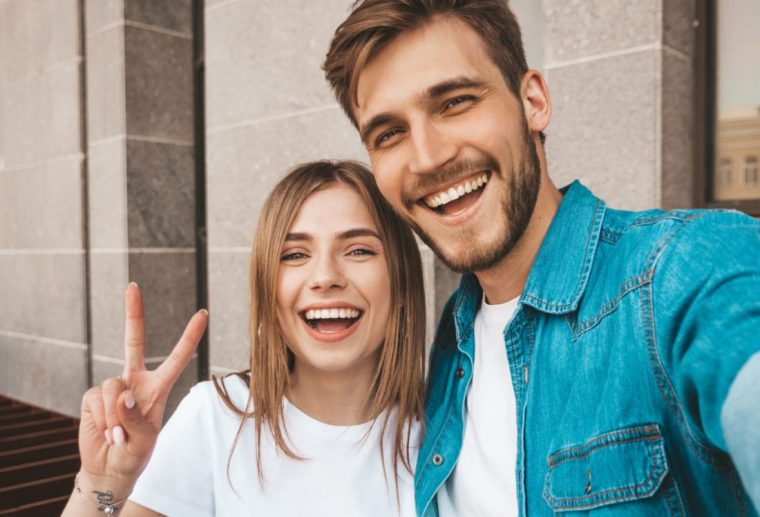 An Aquarius man is one of the most difficult people to figure out in the whole Zodiac. He’s a complex guy, after all! What is it that the Aquarius man is looking for in a serious relationship? How can you show him that you’re ready to commit to him for life?

The trick here is that Aquarius wants affection but also can easily feel overwhelmed by others trying to get too close too fast!

Luckily, Astrology is always ready to lend a hand to those who are ready and willing to understand. If you are struggling to know what it is that will show the Aquarius man that you’re serious without scaring him off then keep reading to find the knowledge that you seek! 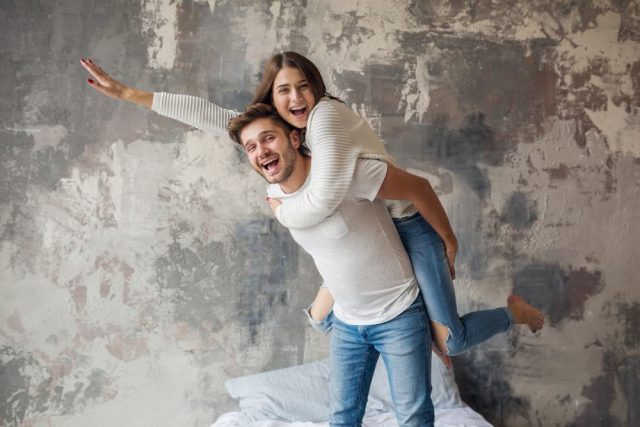 One thing that might freak an Aquarius man out is the idea that he is going to be tied down to the relationship. This can be off putting to him because he really enjoys switching things up at the last minute. He loves to have the freedom to do something drastic at the last second if he wants.

One way that you can show him that committing to you doesn’t have to mean you are needy is to let him know that he still has the ability to let his freak flag fly when he is with you. He may have had doubts that this type of relationship ever existed, so when he sees that you’re willing to give him space to be a weirdo he will rethink his willingness to settle down with you!

2. Work On Yourself First

An Aquarius is a social sign, so he is always looking to be supportive to others in life in general. He is here to show others the greatness that lies within them since that’s what makes him fulfilled.

This is why showing the Aquarius that you’re working on yourself to let go of all past baggage is a big deal in their eyes! They want to be with someone who has nothing holding them back… repression is the Aquarius’ worst enemy. He thinks you should be your most authentic self, and showing him that you’re shedding parts of you that hold you back will make him want to commit to you.

The great thing about this is that by working on yourself, everyone wins. You are a better version of you and the Aquarius sees that you’re not only focused on your relationship and you are not defined by it. This lets him know that you don’t need the relationship to live and this is sexy to them.

3. Show Up Again And Again 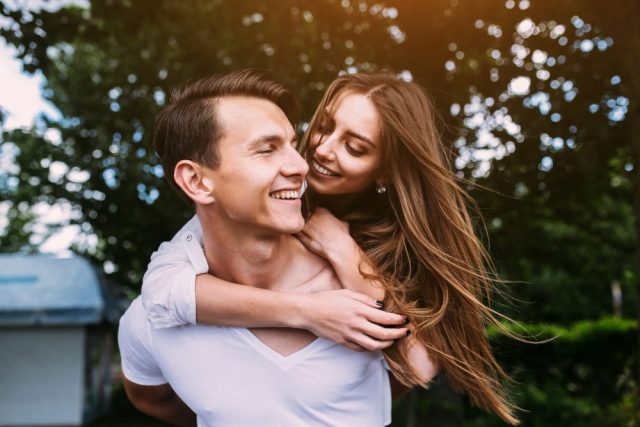 A great way to show the Aquarius that you’re serious is to be like the world’s most loyal best friend. Loyalty is something the Aquarius can understand and he doesn’t view this as neediness!

You should show him that you’re there for him by being by his side through his trials. He has a tendency to assume that he will show up for people but no one will show up for him, and he’s okay with this except it makes it hard for him to believe in everlasting love!

So, when you prove him wrong and start to hold his hand through every trial without pressuring him to do things differently, he’s forced to reevaluate.

The key here is to just be with him through the trials, don’t make him think you’re attempting to control how he handles the problem. It’s important to let him know you’re there while ultimately letting him do his own heavy lifting. This will lead him to believe that your intentions are pure and that you aren’t trying to be overbearing.

Aquarius has some pretty even keeled moods. Sure, Aquarius does things erratically but he doesn’t react erratically. It’s important that you work on being the same way with him lest he becomes a little freaked!

Aquarius’ have histories of people overreacting when they express the over-the-top things that they’d like to pursue or do. Since people’s warnings don’t go over well with him, he would rather just move on to another person rather than hear discouraging words from someone who is overreacting (in his mind at least).

He needs to know that when he needs to take some alone time (Aquarians are actually both very social and solitary) that you won’t react by asking if he’s cheating or if he’s leaving you. This is needy behavior in his eyes!

Aquarius will be impressed if you hear bad or shocking news and you don’t flip out. He’s not an overly emotional character so displays like that are off putting to him. Instead, show him that you’re unshakeable and he’ll be thinking hard about settling down with you!

Aquarians are the type to have some unique relationships that others may scratch their heads over. They are wholly modern lovers that might scoff at the white-picket-fence-and-2.5-kids type of marriage. Many Aquarians don’t like marriage, period!

To be in love with an Aquarius means being open to new ways of thinking about relationships. Aquarians have a love that is just as pure and genuine as anyone’s, they just want the love without the pretense.

To an Aquarius, having the end goal of a marriage contract is silly when the same amount of love can be felt without it. They believe that love is legitimate just how it is without the approval of anyone else.

They also may be more inclined to have unconventional relationship scenarios such as open relationships. Their form of love is a lot more fluid than other signs. If this is something you are into then make it known because more than any other sign would be, he’d be intrigued!

Read next: 7 Ways To Turn A Summer Flirt With An Aquarius Man Into A Strong Relationship

The Aquarius man may have you feeling like you have to walk a fine line if you want to make it known that you want to commit. He isn’t opposed to commitment but some of the things that go along with it can be a turn off to him.

So, it’s important to prioritize yourself and to not get too emotionally intertwined with Aquarius. Of course, express your love to him and he will in return. However, at the end of the day it’s important to be your own person… with or without him! Contradictorily, this will actually make him very interested in the idea of settling down with you for good.

Are you dating an Aquarius man? How do you plan on showing him that you’re in it for the long haul? Let me know in the comments!

Are you unsure if Aquarius is the sign for you? If so, then make sure to check out this quiz! You’ll find out who your ultimate love should be!

And if you want to know more about attracting, understanding, keeping, and growing a relationship with an Aquarius then check out my book Aquarius Man Secrets! You can find it right here.