How To Seduce An Aquarius Man: 5 Ways To Win Him Over

How To Seduce An Aquarius Man: 5 Ways To Win Him Over

Many Aquarius men want to be with a woman that they have a great friendship with. Get in there, learn what he likes, what turns him on, what he likes to talk about and what his hobbies are.

When you learn the important facets of your Aquarius guy’s interests, you can then move into his turf by learning all you can about these things. Become the best friend he’s ever had.

Try not to be fake about it though. He will detect if your intentions are false. Be real with him and enjoy the conversations you have together. Be intellectual and witty. He cares more about a mentally beautiful woman more than the physical one.

The strongest relationships and bonds with an Aquarius often comes from being friends first then letting the romance develop along the way. Try doing this first instead of trying to dive into relationship territory.

Keep in mind that he is NOT a fast mover and isn’t keen on diving into commitment. However, if you’ve cultivated an awesome friendship with him, he’ll start to see you in another light eventually.

Opening up that door will help him to figure out if you’re the type of woman he can see himself settling down with or not. 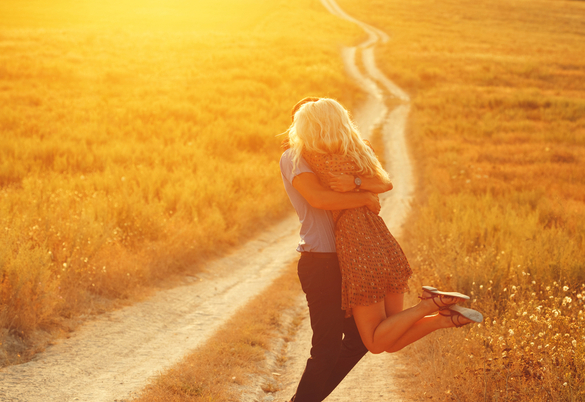 If you’re already friends with your Aquarius guy and trying to build more, don’t hound him. Be open to spending time with him but don’t try to push yourself off on him as though you’re his girlfriend.

In the case that you’re already dating him and he hasn’t busted a move yet, be patient. He will when he’s ready. This guy is ultimately looking for a partner that will understand he likes having time to himself and not being told what to do.

Cool your heels and wait him out. He’ll be worth it if you give him the time he wants to develop everything. If you’re going to be sexual with your friend, you had better be really clear that he’s the only one.

If you aren’t into “friends with benefits”, you’ll need to be careful not to give him the impression that you are by sleeping with him before you’re in an actual relationship. He’ll assume it’s alright and not say anything if you don’t.

Try not to freak out when he doesn’t text message you back right away or at all. Keep in mind who he is and accept him as is if you’re going to go down the road of pursuit with him. He doesn’t tie sex to a relationship.

He loves having sex and to him, it doesn’t need to lead to a relationship. So keep that in mind when you’re considering diving into bed with him.

3. Detach Yourself a Bit

If you smother him in affection, he’s going to freak out and run. He may have sex with you first but then he’s going to take off for the hills. Aquarius men take a tremendous amount of time to commit to someone.

They are very careful in who they chose and as such, they need a woman who is not going to be so emotionally driven. A woman who is easy peasy and goes with the flow is more of what they’re looking to have.

He’s a detached sort of guy anyway and it would be best for you to learn how to do this with him so that you’re not frustrated or disappointed. Reacting to him the way he’d react to you will be a breath of fresh air for him.

I’m not saying be a doormat though. Stand up for yourself but do it in a way that doesn’t require drama. The drama will make him think twice and probably detach completely from you.

4. Be Spontaneous and Exciting 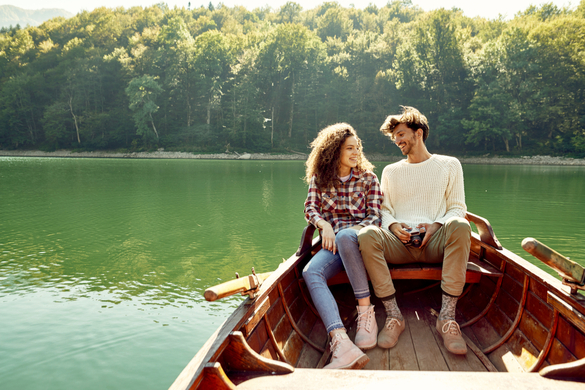 If you’re not yet dating the Aquarius guy you’re pining for, try doing something different to get his attention. Do something that you haven’t seen any other women try with him before.

Bring him some yummy home-baked treats as a gift. Ask him what kind of coffee he likes and then be sure to pick him up a cup next time you go to get one for yourself.

He’ll see how thoughtful you are and he’ll be surprised by you desiring to bring him something. Keep doing random things like this that take him off guard. He’ll wonder who you really are.

This may draw him into you more and thus him trying to get to know you as best as he can. This could lead to meetups that lead to dating and then finally lead to something even more rewarding.

Of course, if it’s just sex you’re after, you can just bring him the treats and flirt shamelessly and he’ll take you up on the free sex. You’ll have to turn him on with your brain though rather than your body.

He’s more turned on by intelligence than he is a skimpy outfit. Show him how brainy you are and he’ll be ready to go after it. If you want more than just sex, you’ll have to work for it.

Aquarius men tend to be drawn to women who are not like all other women. If you have your own style or flavor, he’ll be more into you. If you’re dressing like all your friends, he may not be quite as drawn to you.

However, if you have a style in art, music, or food, you may be able to draw him in that way. He loves women who are into Science, Art, and History. Remember, he loves sexy brain so let him see it.

Remember that to get the full vision of the Aquarius man, you need to take a deeper look into him.

Did you enjoy my tips on how to seduce an Aquarius man?  Let me know!