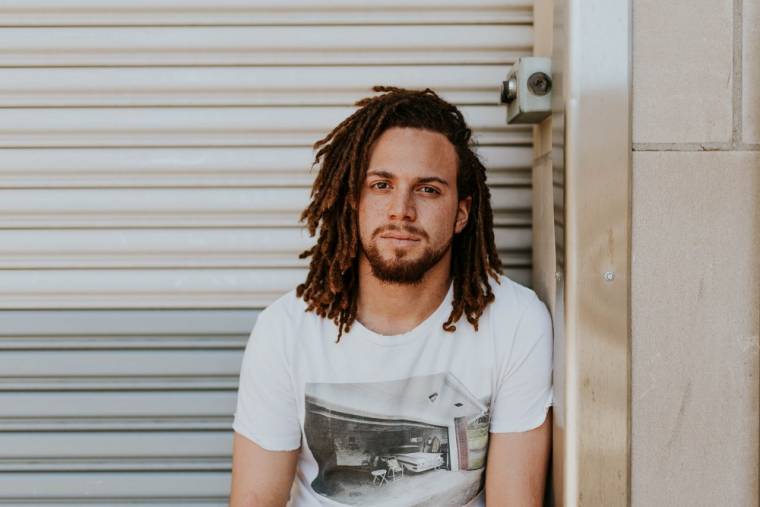 What Do You Do When an Aquarius Man Wants to See Other People?

The influence of Zodiac signs can vary wildly depending on gender. An Aquarius woman, for example, may be worlds apart from an Aquarius man. This difference is particularly pronounced with the sign of Aquarius.

Why? Well, Aquarius is an air sign, and air signs are all about the mind, communication, thoughts, ideas, and opinions. It’s known as the most detached and cool of all the elements—the most rational.

Men—generally speaking, that is—are typically more rational and analytical than women and listen to their heads above their hearts. So when you combine an air sign and a male, then you’ve got a man who is extremely cool, even cold, to a certain degree.

An Aquarius man truly never lets his emotions get the better of him (unless he has a lot of water-planet influence in his birth chart), and he may even seem robotic to some women—so if you are an emotional woman, then this can be a very trying and difficult relationship for you.

You may continually try to “reach” him but find no one home. He’s friendly, all right—and he has the social life to prove it—but an Aquarius man is extremely detached and remote, too. He keeps people at arm’s length most of the time, and true intimacy may simply be foreign to him.

An Aquarius man is also unusual—and it’s this combination of unusual and distant that makes a lot of women crazy for him. For some reason, women seem to love an unavailable man, and there can be none more unreachable than the Aquarius man. However, he can be very committed if you give him the freedom and independence he so craves.

If you make an Aquarius man feel suffocated, rely on him emotionally, or hang all over him, you might as well wave goodbye! He wants to have a best friend, not a woman who can’t handle her own life and feelings. 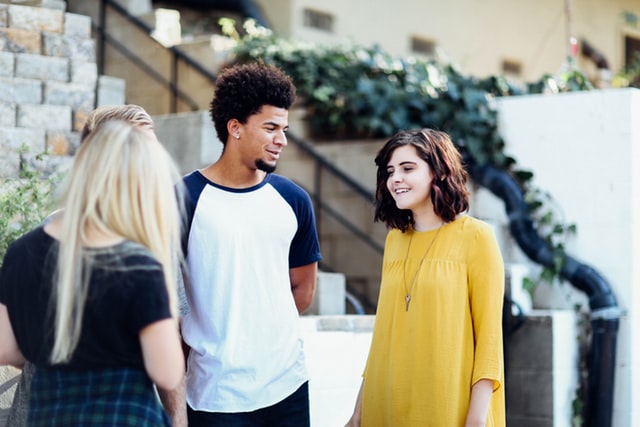 Why Does Your Aquarius Man Want to See Other People?

What’s more, he may be delivering it with absolutely no shame or sensitivity as to how this could make you feel. He might even ask over text! Shocking to some, but maybe not so much for the typical Aquarius man, who seems as if he’s from outer space sometimes!

So, you have to ask yourself, why does he want to see other people? My clients facing this issue tell me they feel “less than,” unworthy, insecure, jealous, hurt, and angry. Understanding where he’s coming from can help work through those feelings. Remember—it’s hardly ever about you. Here are some possibilities.

The dating phase in any relationship is tricky. What are the boundaries? What’s okay to say yes or no to? How do you know when to lay down the law? Generally, for the first three months or so, anything goes. It’s a probationary phase, where you can see if you’re both suited to each other, and one might even argue that this should be six months, minimum. If you’re in that phase of your relationship, perhaps neither of you should see other people and take that time to decide whether you are compatible or not.

Aquarius is the sign of the rebel. The original. The outcast. He’s endlessly curious and looking to learn as much as he can. He’s not like other people, and he marches to the beat of his own drum. He may just genuinely be curious about what it would be like with someone else, especially if he has been with you for a long time and feels comfortable. He might just want to get a taste of something new, as selfish or cold as that seems to you.

He’s a polygamist or into polyamory

Polyamory, the practice of being loving and sexual with more than one person, is a word on everyone’s lips these days. And with Aquarius being one of the most progressive, “free-loving” signs out there, it’s not a stretch of the imagination to think that your Aquarius man is eager to embrace this “new” way of being. In fact, it’s not all that new. Societies around the world have embraced multiple-partner relationships off and on for millennia! Many Aquarians will be the first to say that they belonged in those times, where free love was available to all and no one got possessive or jealous. Remember, this man has not a single possessive bone in his body, so he may not understand why the idea makes you jealous or insecure.

Aquarius people can be the weirdest of all. It’s not at all surprising that he wants to be non-exclusive. He may just have a deep desire to be different and stand out from the crowd. Being with other people, seeing other people, might just be his way of rebelling against the “norm.” It’s possible that he would just get out there, experiment, and come back, realizing that it’s way too much drama for him.

Freedom is the number-one most important thing to a typical Aquarian man. He may be feeling suffocated, bored, or trapped. Maybe life has just become too domestic for him, and he needs a fresh perspective or life experience. This can be a tough pill to swallow, but you have to remember that you probably chose him for his wild, free spirit and his different way of doing things. It’s ideal if you have the same free-spirited way about you; if you are looking for something more socially acceptable, then you may be in for some problems.

He wants to keep his options open

It may be that it’s early days, and your Aquarius crush doesn’t want to limit himself just yet. This is very common for an Aquarius man, and if you think about how many Aquarius celebrity men have taken a long time to commit and settle down, you’ll understand that this is a common trait. They may be party animals for years, and suddenly “having” to settle down with one person can be extremely daunting to an Aquarius man, so he may ask to see other people so that he doesn’t feel overwhelmed by the commitment.

He may not be that into you

This is probably the first reason that came to your mind, but it should really be the last resort for you to think. In my experience, the vast majority of the time, it’s for one or more of the reasons above. However, in a few cases, maybe he really is just not that into you and wants to explore his options without letting you go just yet. If this is truly the case—and you can trust him to be honest—then you have to assess whether it’s worth it to you to stick around or not. My advice? Leave him!

Signs That an Aquarius Man Wants to Start Seeing Other People

If he hasn’t asked you outright, but you suspect it’s on his mind, look for these signs that your Aquarius man is interested in seeing other people.

While this is not an exhaustive list, these are some of the clearest signs your Aquarius man may be subtly—or not so subtly—dropping hints about wanting to see other people.

Read next: Aquarius Man Traits: Understand His Personality And Temperament 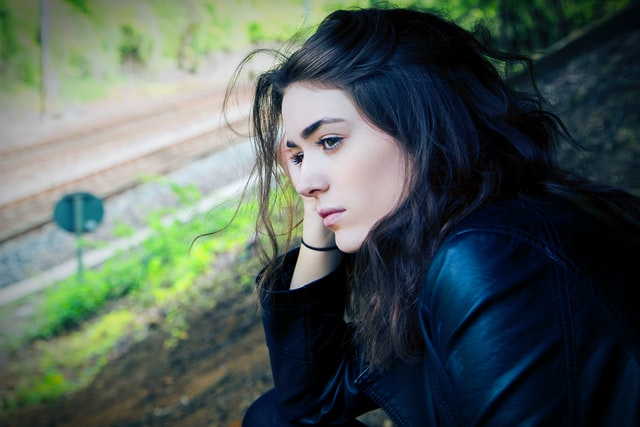 What Can I Do When My Aquarius Man Suggests Seeing Other People?

If you know now that your Aquarius crush or partner wants to start seeing other people—whether it’s polyamory, an open relationship, or just keeping his options open that he wants—it’s probably going to sting. Here are some ways you can navigate this new terrain without acting jealous or “crazy” but still maintaining your self-respect and boundaries.

You could be open to it.

This is not for the faint of heart. You have to be someone who is truly free-spirited and totally on board with the idea. You’ve got to embrace the idea of him being with other people and enjoy the idea of yourself being with others, too. Seldom is this choice totally drama-free, though. Human nature gets in the way—usually yours, because some Aquarians are like robots—and jealousy and insecurity rear their ugly heads. If you do decide to go this way, then practice “leaning back,” which means not to push, not to show you’re affected, and to attend to your own life. This can be very helpful in the dating phase, as it will show your Aquarius man that you’re independent and can take care of yourself, making you more desirable, therefore better to commit to. Once committed—really committed—he is capable of immense faithfulness.

You could be completely closed off

If you truly feel that it would damage your self-esteem, hurt your relationship, or destroy your emotional security, then don’t be scared to refuse to entertain the idea. It takes a lot of self-respect to put your foot down and say no, and it will allow you to feel better about yourself in the long run. It’s important that you honor yourself and your values and not compromise who you are and what you stand for. As much as it may hurt in the moment, it may be the better choice.

These really are the only two viable options. There is a third, of course, which is to “play games,” meaning you could go along with it, pretending to be okay but really feeling hurt and insecure. If you agree and go along with this but end up feeling in any way compromised, respect yourself and immediately get out.

Talk to your Aquarius man—and truly listen and try to understand. It may have very little to do with you and everything to do with him. If you don’t like what you hear, you can still walk away with your head held high and find a love more suited to you.

For a head-start on figuring out whether you and your Aquarius man are going to work out, take my free compatibility quiz.

I’d love to hear about your experiences on this touchy subject. Leave them in the comments below!

Your friend and devoted astrologer,