Is Your Aquarius Man Just Using You? 5 Things to Watch Out For

Is Your Aquarius Man Using You? 5 Things to Watch Out For

So you’ve met a wonderfully intelligent and sexy Aquarius man that seems to have captivated you. However, sometimes he’s darned cold or unresponsive. Is your Aquarius man just using you? It’s possible! Keep reading for things to look out for that may help you figure out what he wants.

The Aquarius man isn’t going to open up to any woman until he’s certain she’s someone he’s going to spend significant time with or wants to give his heart to. Aquarius man has no problems having sex without emotion involved.

This means that if he’s keeping your conversations at “surface” level and not giving you any information about who he is as a whole, he’s keeping you at arm’s length so that you don’t “stick around.”

He figures the less information he gives you, the less you will want to attach yourself to him. This is a bad sign, ladies. This means he has no intention of growing a relationship with you.

He’s more interested in sex and hanging out as a friend. When you want more from him, he wants to run or become very callous toward you. Aquarius can be downright mean when he wants to brush you off.

2. Never Go Where He Knows People 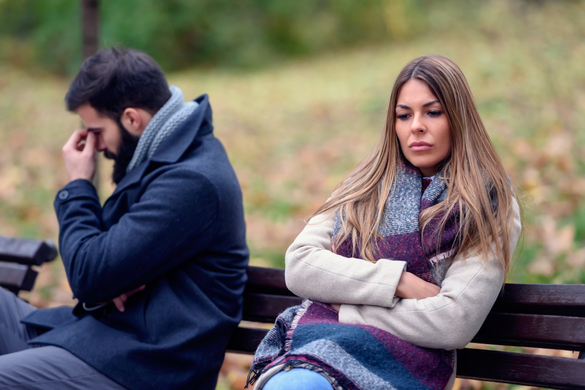 Aquarius man is good at keeping you a secret if he’s not into having a real relationship with you. Why bother introducing you to any of his friends, family, or co-workers even?

You see how he’s keeping details about himself from you; he’s going to do the same in regards to you. He won’t tell anyone about you unless it’s in a joking manner with his guy friends.

In the event you accidentally run into someone he knows, he’ll quickly make sure they know you’re his “friend” by introducing you as such. He’ll also sort of let you be in the background while he talks to this person.

He may even walk away to talk to them while leaving you behind awkwardly. He doesn’t give a hoot about you other than what you’ve been doing with you.

Aquarius tends to build “friends with benefits” relationships so that he can get laid when he wants and without strings. This enables him also to see other people, thus having a variety of exciting things up his sleeve and keeping things fresh.

Aquarius man will go out of his way to please a woman he’s in love with. However, when he’s with a woman he only wants to have sex with, play with, or use, he will do himself and not care about her needs.

He’ll be the typical guy that acts as he needs you, gets there, has sex with you, and then poof! He’s on his way out the door faster than you can go use the restroom and come back into the room.

He’s the classic leave after sex guy. He isn’t one to stick around, cuddle, or spend the night. They are not saying that they don’t spend the night when it’s convenient but they typically won’t.

They come, hit it, and leave. If he has you come to his place, he’ll be looking for excuses to get you out of there so he can be alone again. Aquarius men love their freedom and alone time.

Sleepovers are rare for an Aquarius man who isn’t interested in a relationship. He sees no value in stringing things along if there isn’t anything but sex there. However, he will keep the sex as long as you permit. 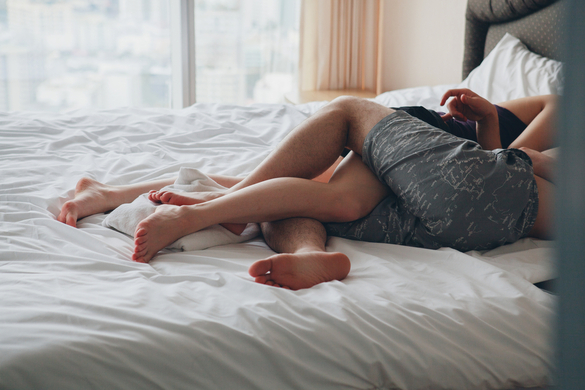 The Aquarius man thinks outside the box typically. This means his sex life is bound to be rather colorful. If you haven’t been seeing him long and he’s already suggesting group sex or three-ways with people you don’t know, this may be a red flag.

It sounds brash of him. Yes! Aquarius man will be very brash because he wants to make it clear to you that you are a sexual conquest for him and he’s not interested in a loving bond.

Once you know this, don’t ever think that he has a redeemable heart or that things will change with time. No. If he treats you like this, you’re a fling, and he has no intent on changing it.

Aquarius men want to be respected, but they cannot sometimes give it. I’ve heard from many lady clients who are confused by their Aquarius guy’s behavior.

They talk about how rude he was or how he talked down to them. If he’s using you, yes, he doesn’t care about how you feel emotionally. He figures you knew that he only wanted sex from time to time.

Aquarius men are not forthright with their intent, feelings, or what he wants. However, they will tell you the truth if you ask them flat out. So go ahead. If you have any question about his intentions, ask him what they are. He will tell you.

He’ll be very blunt with what he feels or thinks, but it’s better to know the truth than it is to believe he’s going to change or that he’ll warm up to you with time. Aquarius men know pretty quickly if he’s going to hit it and quit it or if he’s going to swoon and keep a woman.

He knows almost instantly where there is chemistry there or if it’s just a sexual tension that needs some relieving. He won’t tell her up front that he only wants sex, but if she were to ask, he’d be honest about it.

All in all, you should be able to tell fairly easily by an Aquarius man’s behavior that he’s only in it for sex or not.

8 thoughts on “Is Your Aquarius Man Using You? 5 Things to Watch Out For”

How to Attract an Aquarius Man in November 2020

5 Questions That Make an Aquarius Man Fall in Love

5 Signs That Your Aquarius Ex Does Not Want You Back

How to Attract an Aquarius Man in October 2020

How to Go From Coworkers to Lovers With an Aquarius Man

How to Attract an Aquarius Man in September 2020