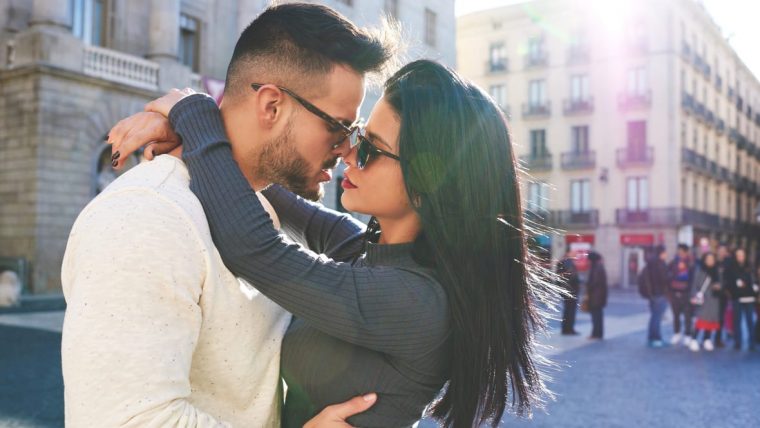 How to Attract an Aquarius Man in September 2020

Every month, the planets change signs and affect our relationships. Depending on the planetary movements, it may be tough to understand the needs and desires of the Aquarius man. But with my tips based on the monthly energy, you can draw the attention of an Aquarius man or improve your relationship with one in September 2020.

Attracting an Aquarius Man in September 2020

1. Help Him Organize His Life

If you asked an Aquarius man what he wanted out of a relationship in September 2020, he would probably say someone who could help him get his thoughts together. He might say, “I want someone who can help me organize my life.”

Although one would think that the conscientious and thought-provoking Aquarius man would have it all figured out, September 2020 showcases a different, more studious and meticulous side of the Aquarius man.

With the Virgo Sun highlighting his eighth house of rebirth and transformation until September 22, the Aquarius man must choose a partner that brings order to his life instead of stressing him out.

Because the eighth house rules the subconscious mind, and Virgo rules mental health, the Aquarius man will be attracted to the woman who is modest and productive. He doesn’t want a flashy romance; he wants a love story that will last.

Instead of criticizing his work ethic, his diet, or his mindset, encourage him to transform. Be his accountability and focus on self-development.

If looking for fun activities to do during Virgo season, perhaps join a couple’s workout or manifestation challenge. Think of fun activities that will lift his spirit and help him improve.

During this awakening transit, work on building an intellectual connection with the Aquarius man. Instead of focusing on areas to improve, focus on living in the moment and enjoying what’s already working.

Let go overthinking. Let go of the past.

If there’s one thing that turns the Aquarius man the most, it’s a woman that’s consistent and sure about what she wants.

After a month of Venus’s transit through the Aquarius man’s sixth house of Cancer, Venus, the planet of love and romance, finally enters his seventh house of relationships in Leo.

With Venus in Leo highlighting the Aquarius man’s seventh house of marriage and relationships until October 2, September 2020 is a season of partnerships and self-care for the Aquarius man.

During this transit, the Aquarius man is most attracted to the woman who is loyal and consistent. He wants someone who he can trust with his heart and unconditional love.

At the same time, Venus in Leo is playful. And this reminds the Aquarius man that love can be fun and constant. Having a good time does not mean that love will run out. Although Leo is the Aquarius man’s opposite sign, this transit still brings positivity to his closest relationships.

As a woman seeking the heart of an Aquarius man, use this cheerful transit to let him know that you are serious about building a relationship when the time is right. Instead of telling him what you want or how you feel, show him. Be proactive.

If looking for fun activities to do, suggest anything that allows him to show his humorous side and love of drama. Perhaps you could go to a drive-in movie, visit your local karaoke night, or dance the night away.

Regardless of what you do, just remember to be consistent. September 2020 is the month to show the Aquarius man that you can start what you finish.

When it comes to love and life for the Aquarius man in September 2020, he would prefer to keep things sweet, short, and simple.

Unlike August 2020, when his mind was running from one dramatic thought to the next, September 2020 is a month where the Aquarius man is feeling calm and ready to move on. He’s ready to leave the horror stories of the past behind him.

Therefore, if you are trying to attract or maintain the attention of the Aquarius man, it would be in your best interest to stop focusing on the negatives and commit to upholding a positive mindset. Be a role model for how he should positively look forward to approaching his future.

This change behind the Aquarius’s man positive thinking is because Mercury, the planet of communication and thought, is no longer transiting his eighth house of Virgo. Instead, Mercury will spend the majority of September transiting the Aquarius man’s ninth house of mental exploration and adventure in Libra.

During this transit, focus on building a healthy mental connection with the Aquarius man. Focus on looking for diverse environments and experiences that you believe he will thrive in.

For example, if you know the Aquarius man is interested in healthy eating but doesn’t know where to start, invite him over and cook with him. Be hands-on and show him how to cook your favorite healthy meals.

If you ever wanted to know the fastest way to impress the Aquarius man, it would be feeling comfortable being 100% your authentic self.

As a woman looking to build or maintain a relationship with the Aquarius man in September 2020, make sure that no matter what you do, you always keep it real.

With Mars, the planet of action and willpower, stationing retrograde in the Aquarius man’s third house of self-expression on September 9, it’s never been a more important time to be vulnerable and tell him how you feel.

With Aries being a cardinal fire sign, Mars’s retrograde energy reminds the Aquarius man how important it is to be with a woman who shares his interests and understands who he is as a person.

During this transit, focus your energy on getting to know the Aquarius man on a fundamental level. I’ve found that the more you open up and share about yourself, the more he will share with you.

When Mars ends its retrograde transit and stations direct in Aries on November 13, the Aquarius man will feel more comfortable about your relationship and you overall as a person.

Sexually, he may be more verbal about his sexual desires and needs. If you are open to having an intimate relationship, this is an excellent time to slow the pace and explore each other one-on-one.

Just make sure you’re being real about your satisfaction. Tell him the truth. Not what you think he wants to hear.

Overall, if you want to attract the Aquarius man in September 2020, I suggest helping him get his affairs in order, being a consistent presence in his life, being a positive influence, and always keeping it real.

If you’re looking for guidance on how to attract the Aquarius man, my guide Aquarius Man Secrets is better than any daily, weekly, or monthly horoscope app you’ll ever read. Instead of just giving you the basic knowledge of the Aquarius man, I share real-life stories and examples of women who have been where you are and have overcome their challenges and are now living the love story of their dreams.

And while you’re at it, go ahead and find out the compatibility between you and your Aquarius man with my free quiz. It’s an easy way to see if you have what it takes to make it in the long term.

Have you noticed these astrological influences on your Aquarius man? Let me know in the comment section below!

Your sister and relationship astrologer,