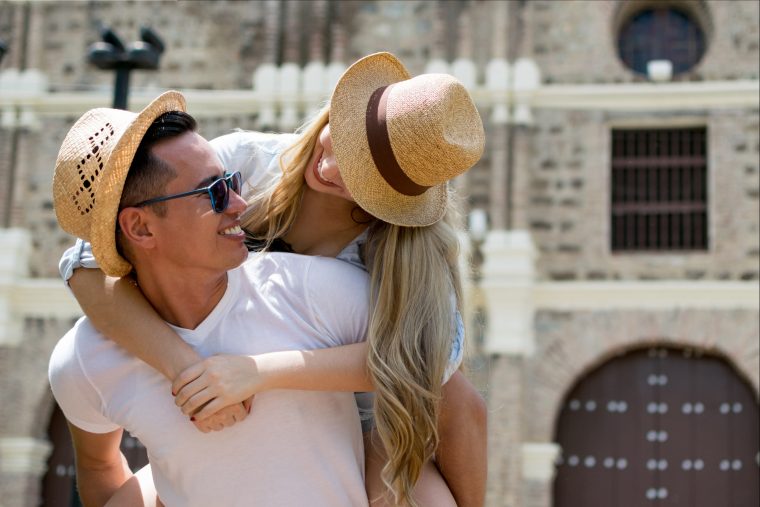 How to Attract an Aquarius Man in August 2020

Every month, the planets change signs and affect our relationships. Depending on the planetary movements, it may be tough to understand the needs and desires of the Aquarius man. But with my tips based on the monthly energy, you can draw the attention of an Aquarius man or improve your relationship with one in August 2020.

Attracting An Aquarius Man In August 2020

If you asked an Aquarius man to describe Leo season in his own words, he would probably respond, “a time for self-care.”

Although this can be a celebratory time for the Aquarius man, the Sun in Leo transiting his seventh house of one-on-one relationships until August 22 causes the Aquarius man to be more partnership-focused than usual.

Because the seventh house rules marriage and self-care, during this period the Aquarius man is most attracted to the woman who is well-balanced and diplomatic. He wants to be with someone who encourages him to be patient and live as his highest self.

If I had to choose the most important thing for the Aquarius man in Leo Season 2020, it’s being able to take things one day at a time. Instead of rushing him to make a commitment or express his feelings, take your time to get to know him on the inside.

With the seventh house associated with the cardinal air sign Libra, this is a communication house. The Aquarius man will be more talkative than usual.

Whatever you do, be mindful that the Sun in Leo is highlighting the Aquarius man’s opposite sign. So as much as he would like to focus on you, he is also focusing on himself. And this is no easy task.

If you find that the Aquarius man is being too stubborn or emotionally withdrawn, let him know how you feel. Encourage him to find a healthy balance of self-reflection and social connection.

With the Sun in Virgo moving into his eighth house of rebirth and transformation on August 22, the Aquarius man’s focus will shift to deep healing.

Wait until Libra Season in September to make your move.

2. Be a Support System

After three months of Venus exploring the Aquarius man’s fifth house in Gemini, the planet of love will enter his sixth house of Cancer on August 7.

With Venus in Cancer highlighting the Aquarius man’s sixth house of health and wellness until September 6, August 2020 can be a season of mental and physical cleansing. Because the sixth house deals with daily routines and domestic duties, the Aquarius man is most attracted to a woman who brings inspiration and consistency to his daily affairs.

The Aquarius man wants someone he can depend on in his time of need. During this period, focus on being a pillar of support and inner peace for him.

Although Cancer is a cardinal water sign, the sixth house is an earth house associated with Virgo. Because of this, I’ve found the Aquarius man will want to talk and give advice to elevate your mind.

If you and he are not in a serious relationship, this transit is an excellent opportunity to see if you’re a good match.

When deciding if you want to take things to the next level, think about your overall lifestyle. Where does he live? What kind of job does he have? Does he eat out, or lot or does he like to cook?

Although you may think these are trivial questions, the intricate details create a bigger picture, especially when the Sun moves into Virgo at the end of the month.

When it comes to love and life for the Aquarius man in August 2020, it can be somewhat complicated.

On August 4, Mercury, the planet of communication, will enter the Aquarius man’s seventh house of Leo until April 19.

With Mercury in Leo highlighting his opposite sign and seventh house of diplomacy, the Aquarius man is more concerned and sensitive to the opinion of others.

However, because Leo is Aquarius’s opposite sign, you may notice that the Aquarius man is more argumentative (or defensive) than usual.

To avoid conflict, be respectful of his ideas and opinions, even if you disagree. Instead of being rude or overly critical, find something positive to say or leave it alone.

During this transit, the Aquarius man is most attracted to the woman who is cooperative and understanding. He is turned on by the woman who can respect his boundaries without suppressing her own.

I’ve found that this transit can also increase the level of communication and respect with an Aquarius man. By learning to agree to disagree, you show the Aquarius man that you care about his feelings and the future of your relationship. And this is what it takes to win his heart and long-term trust.

Because on August 19, Mercury will leave the Aquarius man’s seventh house of Leo and enter his eighth house of Virgo, beginning a period of intense mental healing and transformation.

During this period, the Aquarius man may reveal more about himself or his past.

Whatever the case, be accepting and non-judgemental. Otherwise, you run the risk of hurting his feelings and pushing him away for good.

4. Get Your Foundation in Order

With Uranus, the planet of innovation and technology, stationing retrograde in Taurus on August 15, the Aquarius man is ready to make positive changes to his home and family life.

Instead of being security-driven and solely focused on the short-term, the Aquarius man is learning to be more open-minded and affectionate with his feelings and personal goals.

He’s learning that being a great listener and support system isn’t always enough. Sometimes you have to be vulnerable to get your foundation in order.

Because of his ability to listen and practice healthy emotional attachment, during this period he is attracted to the woman who is grounded, emotionally stable, and value-driven. He doesn’t want someone who is tactless and only looking for a good time.

If you are a Taurus, Scorpio, Libra, or Gemini woman, this transit is an opportunity to get to know the Aquarius man on a soul level. What turns him on? What makes him cry? What feeds his soul? This is what you should be focusing on right now.

If you are a Cancer, Pisces, Aquarius, or Capricorn woman, this transit is an opportunity to experience the more serious and ambitious side of the Aquarius man.

This period, try to be more expressive about your ideas and suggestions on how he can improve his future. Let him know that you want to be a part of his long-term plans.

If you are an Aries, Sagittarius, Virgo, or Leo woman, this transit is an opportunity to build a physical connection with the Aquarius man. During this period, focus on getting to know him face-to-face. How does your mental connection translate in person?

Overall, if you want to attract an Aquarius man in August 2020, I suggest taking things one day at a time, being a strong support system, learning to disagree, and getting your foundation in order.

For those who are ready to dive deeper and start your journey to unconditional love with an Aquarius man, my guide Aquarius Man Secrets is better than any daily, weekly, or monthly horoscope app you’ll ever read.

Instead of just giving you the basic knowledge of the Aquarius man, I share real-life stories and examples of women who have been where you are and now have the relationships of their dreams.

In this intuitive guide, I’ll share with you my top secrets for winning the heart of the Aquarius man. If you’re ready, purchase Aquarius Man Secrets here.

And why not take my free love and compatibility quiz to find out if you and your Aquarius man are a match?

I’d love to hear your results in the comment section below!

Your sister and relationship astrologer,