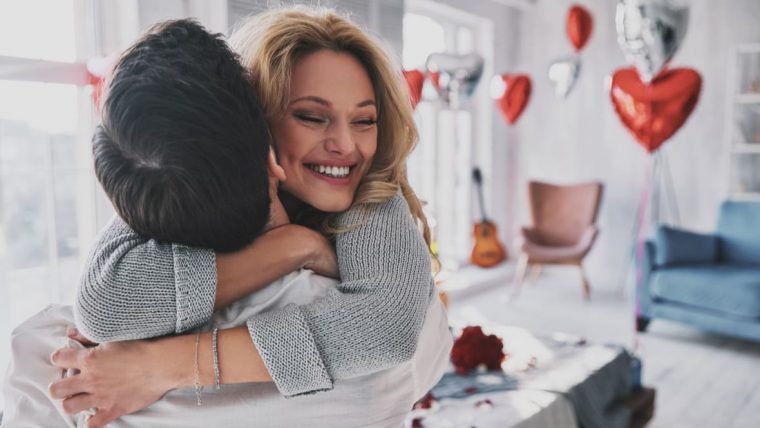 How to Go From Coworkers to Lovers With an Aquarius Man

Having a crush-worthy co-worker can be so exhilarating! But how can you get him to notice you while remaining professional? Let me help!

So you find yourself with a huge crush on a co-worker who turns out to be an Aquarius man. What can you do to get him to see you as more than just a friendly colleague?

Great news! I can totally help you with this. Aquarius men are kind of cool and aloof much of the time, and they don’t pick up on your micro-flirts, but they do pay attention. You’ve simply got to make the right moves. Keep reading to learn how to  go from coworkers to lovers with an Aquarius man.

Flirt With Him… a Lot!

The Aquarius guy is a big flirt typically, and he loves it when a woman comes on to him. Wink at him, smile at him, or put your hand on his shoulder or hand when you talk to him.

You’ve got to make your presence known to him. You have to let him know that you’re into him—he’s not going to guess!

Without the flirting, he’ll assume that you’re co-workers and that’s all there is until you clue him in. So kick things up a notch!

Make jokes, laugh at his jokes, and touch him whenever possible. Not in an inappropriate way, of course, but grabbing his arm when you laugh is pretty simple and non-invasive as long as he is not averse to touching.

Be sure to look into his eyes when you’re talking to him so he can see the desire in your eyes. That will help him when it comes to feeling your intentions. Once he does, he’ll consider it.

You can get the Aquarius man’s attention by being interesting. And in order to be interesting to this sign, you’ve got to be a mystery. He will feel drawn to you and want to unravel who you are.

He sees this as a challenge, and that turns his mind on. He wants to figure you out and learn more about you. When you are talking to him, offer very little detail. Make him want to pull it out of you. Give him a little at a time.

Keep him on his toes with enough juicy info to dangle in front of him but not enough that he loses interest. An example would be when he asks you what you like to do, say, “I love to travel,” but don’t elaborate on past trips.

It will make him want to dig deeper to find out more about you. This is when you start throwing around hints about getting coffee together sometime to talk more.

Just remember, keep most information about you to yourself until you’re actually dating. Make him dig.

Be His Friend First 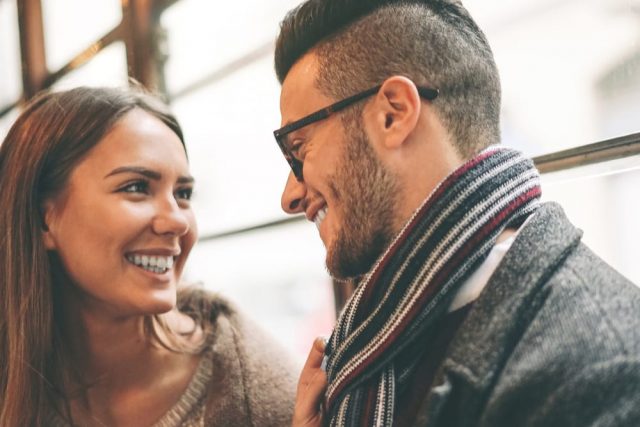 With an Aquarius man, you’re not getting in there romantically until you befriend him. Remember Jim and Pam? You become more than co-workers by becoming friends. To do this, you do share just enough to find interests in common.

Ask him what foods he likes, what drinks he likes, etc. Then you can invite him as a friend to hang out and get a drink. You can also invite him to group gatherings.

Have your friends meet you at a fun place and then invite him there too. That way it’s not a date and no one feels pressured. You can get to know him a bit better and suggest hanging out again.

This may take a while because an Aquarius man isn’t a fast mover when it comes to love relationships. You want to take it slow, though, because it’s healthier for you both.

Friendship is an excellent place to start. While you’re out having fun together, flirt away.

It takes time to rake an Aquarius man in. But you can be sure he wants a woman he can be best friends with as well as lovers.

Aquarius men love it when a woman goes out of her way to surprise him. He loves someone who can appreciate spontaneity as much as he does.

Now, I’m not saying you should show up on his doorstep. He’s likely a bit private and may not like it if you come unannounced. What I mean by surprising him is by giving him a gift or doing something nice without him expecting it. Pick up an extra cookie for him at lunch, or buy the mug that made you think of him from Starbucks.

He gets bored easily, so it’s fun to keep him on his toes. Plan a get-together, leave him a note saying you appreciate him, or bring him a tasty snack to work.

You can bake something yourself or pick up a treat from the local bakery and drop it at his desk with a sweet and friendly note.

I’ve got to tell you, Aquarius men love women who are unique. Show him your elegant but personal style of dress.

Let him see that you don’t think like the general population. Let him know what your likes are even if you think they are weird. Let him see your weirdness. He prefers quirky over ordinary any day.

Don’t try to be like anyone else. Be yourself and let him see that. He will appreciate that you’ve been open and honest with him about who you are. It’s refreshing to him. And he likely has an eccentric type of personality, so you will be someone he will naturally be magnetized to.

The caveat here is that you shouldn’t force it. Being different just means being exactly who you are and not who anyone else is. So if you’re going out of your way to be quirky, he’ll see through it.

Just remember, strive for a friendship first and foremost. Once you do that, you can start working on winning him over for more. Be mysterious and original. He wants someone who stands out because she has embraced her own soul.

He is intellectual, so talk about things that are smart and witty. Try talking about things in the news and see what you can get him chatting.

Ask him for his opinions and thoughts on things. He’ll appreciate that you are interested and care what he thinks. Be supportive of his goals and ideas.

Let him know that you’re going to be there for him any time he needs to talk. Give it time and be patient.

Did you know that yummy actor Aston Kutcher is an Aquarius? Look at his gorgeous wife, Mila Kunis. She’s definitely different and mysterious. No wonder she snagged an Aquarius man.

Have you made a co-worker into your partner? How did it go? I’d love to hear from you in the anonymous comments section!