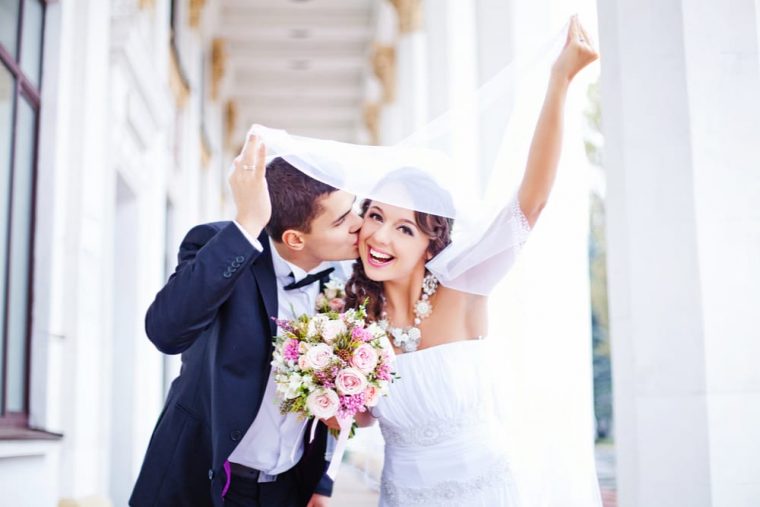 So, you won your Aquarius guy, and now you’ve married him or hope to be soon. The Aquarius man marriage can be complicated—unless you have the knowledge of Astrology to help you navigate it!

When the Aquarius man gets married, he’s particular with whom he chooses. If he chose you, then there is something very special about you. Keep reading to learn more about what a woman married to an Aquarius man should know.

The Aquarius Man As A Husband

There are some things that are “signature Aquarius” when he becomes a husband. He does change a bit and requires lots of patience and understanding.

The Aquarius husband is rather noble and generous. He likes to take care of his wife and make sure she has everything she needs. He’s very practical and a bit of a realist.

This can be a very endearing thing, but for some women, this might be a very irritating thing. Him telling it like it is can come off as abrupt or brusque. You’ll learn that unless you want it that way, you won’t ask him his opinion.

He is supportive and will be reliable. The Aquarius man is always there when you need him. He won’t make you a promise and not keep it. He will come to his wife’s rescue every time.

As a husband and father, he’s a very respect-oriented guy. He will be respectful of all family and will expect that respect back. He doesn’t take too well to someone who disrespects him in any way.

The Aquarius man is an excellent caretaker. Don’t get this confused with a tolerance for neediness, though. He doesn’t typically want to marry someone who is not self-sufficient.

The Aquarius man loves to marry an independent woman. Even if he is capable of taking care of her, he wants her to be able to take care of herself.

When it comes to physical intimacy, he differs. He isn’t the type that wants to snuggle and be really affectionate. He’s more of the strong type that will show you how he cares but isn’t one for being cute and adoring.

This man is far from traditional. He likes doing things the way he thinks they should be done. He’s an out-of-the-box thinker, which means that he handles things in ways others may not agree on or see as valid.

Sometimes he seems very detached and uncaring. He isn’t really like that, but when he’s deep in thought or spending time alone in his head, he isn’t focused on anything else.

This man isn’t too much of the jealous type. He can be in certain situations, but as a general rule, he’s not worried because you’re his wife, and he takes your commitment seriously.

The Positive Qualities Of An Aquarius Husband

I gave you a description of what an Aquarius husband is like or what it’s like to be married to him. Now let me go through his shining qualities with you. Is he a good husband?

Here are some of his highlights:

These are some pretty endearing qualities! The Aquarius husband is the type of guy you want when you are ready to settle down, not play mind games, and are ready to be committed.

It does take time for him to get there, but once he does, he really does feel as though this is for life. Marriage is no joke for him. He will play for keeps, so if you’ve not married yet, be sure!

If you are married to him, then you have all this to look forward to if you’re not already enjoying some of it. You have gotten to know how amazing he can be and what flaws he has.

Now let’s take a deeper look at some of his quirks so that you’re not blind-sided by any of his actions.

The Negative Qualities Of An Aquarius Husband

You cannot have the good without knowing the bad. An Aquarius man does have some issues that he needs to work on. It can be hard on you at times, but if you know how to deal with it, you’ll be able to work through it also.

Here are some of his less-pleasant quirks:

There you have it. The right woman will compliment him and will be able to deal with his flaws with grace and elegance. If your guy doesn’t act like this, then perhaps he has a Moon sign or rising sign that makes him more easy going.

He is very social and wants to have friends around often. However, as he ages, he starts to change and decide that being home with his wife is fulfilling enough—as long as she doesn’t mind adventuring with him.

He’s going to want to travel and try new things. As long as you are open-minded and willing to try them with him, he’ll be very happy.

Friendship In Marriage With An Aquarius Man

One of the most important things in a successful marriage with an Aquarius guy is friendship. If you two don’t have that going for you, then things may get very tricky.

This is one thing that many of my clients complain about once they marry an Aquarius. They somehow lose the friendship, and things don’t end up going well. They have to find their way back to that closeness they had.

You have to do things with him. Even if you’re tired, you’ve got to make the effort. Just make sure that he’s putting in the effort also. It can’t be one-sided. Be friends with each other. Do things you both really love.

Remember what brought you two together and run with it. If you were both big movie buffs, then see new films together in a posh theater.

If you guys love to go on weekend getaways, then make time for that. Always keep things fresh and new. Talk to each other like you did when you met. Find a reason to keep your love alive.

Making it last can seem like a task, but if you love him, you’ll do whatever it takes. Again, make sure he’s doing his part. Let him know if he isn’t. He isn’t good at guessing if what he’s doing is right.

Don’t be afraid to stand up to him and let him know when something is wrong—just like you would have when you were friends. He’s still that same guy, and you are still that same woman.

All in all, the Aquarius man is a pretty fantastic marriage partner. You can always rely on him, and he’ll help you accomplish anything. He’ll be your biggest fan, and he’ll support your decisions.

When you need advice, he’s definitely good at giving it to you. You can absolutely turn to your Aquarius guy for most of your needs. Just know that if he’s not being too affectionate, he will show his love in other ways—look for the little indications that he cares.

As long as you two keep your communication open, you should find great success in marriage with him. He will try to never let you down, and if he does, you can tell him and he’ll try to make up for it.

Be aware that he loves his personal freedoms, so don’t try to keep him from having some space here and there. He needs it to keep himself on track and for peace of mind.

Just let him go spend time alone or with friends so he can clear his thoughts. He’ll appreciate it more than you know. He has no trouble doing the same thing for you.

You two would be wise to have a least a hobby or two independent from each other. It will be a healthy thing and bring zest to your lives together.

Speaking of zest, did you know that super-celeb, sex symbol, actor, and singer Justin Timberlake is an Aquarius man? Who wouldn’t want a man like him as a husband?

Did you marry an Aquarius man? What’s your marriage like with him? Please share with me, I’d love to hear it! Share your story (or questions) anonymously with our community in the comment section!

Wishing you all the luck of the universe!