Dumped by an Aquarius Man? These 5 Tips Will Pull Him Back! - Aquarius Man Secrets — Anna Kovach's Blog 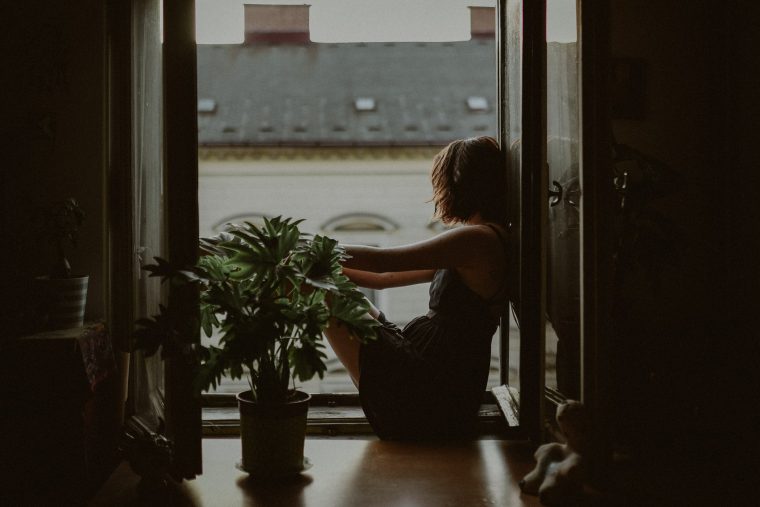 Dumped by an Aquarius Man? These 5 Tips Will Pull Him Back!

Nonstop romantic texts to prove your undying devotion might work on some men. But not on Aquarius.

Bear with me here—but in this case, your best bet is to do the opposite of what you think you are supposed to do.

Over the years I’ve been contacted by so many women, just like you, who thought their love, affection, and loyalty were creating the foundation for a solid relationship.

And then one day, it all fell apart. They tried everything that worked before. Like you, they expected a relationship with an Aquarius man to be like other relationships. But it’s not.

In order to crack the code to an Aquarius man’s heart, you must first understand his unique energy. A relationship with an Aquarius man is unlike any other.

Astrology is an ancient system—one of the first sciences—concerned with studying the alignment of planets and the influence of planetary energy on world events and personality. Its wisdom is timeless, so it’s no wonder everyone from world leaders to celebrities to star-crossed lovers look to Astrology for answers.

Deeper examination of a birth chart reveals deeper secrets of someone’s path, and the Sun sign unlocks the code behind someone’s personality. You can understand what makes someone tick once you understand their Sun sign.

Aquarius is the sign of the rebel. The innovative genius and intellectual visionary. The most important thing to remember about the Aquarius man whose stolen your heart is that he is a born rule breaker. He craves freedom and is attracted to ideals as much as he is to reality. 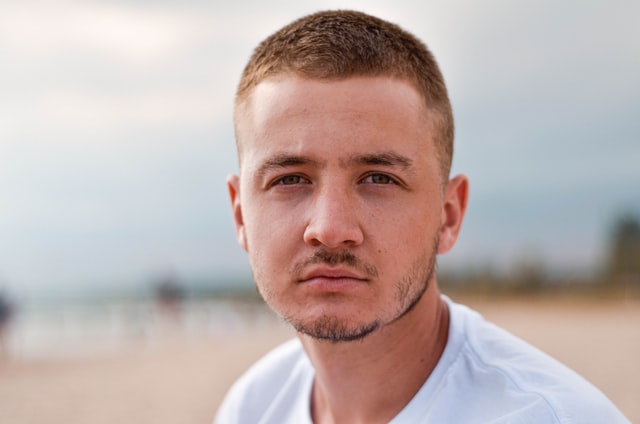 Nothing hurts worse than the feeling of loss when the man you care about breaks up with you, and with an Aquarius man, it may seem to have come out of nowhere.

Take a breath and prepare for a period of personal soul-searching and reinvention. You’re about to embark on a wild ride, but you may need to wait out the urge to chase him down.

I mean it—you’re going to need to be patient. It will be worth it.

Brace yourself for some downtime because chances are that is what he is seeking. In order to get your Aquarius man to come back, you have to think like him.

This can be quite a trip because he’s unpredictable. He values excitement, adventure, friends and anything new.

1. Make Use of Your Newfound Freedom

Take space for yourself. Reconnect with your friends. Pursue your intellectual interests and find groups to hang out with.

Be as adventurous and unpredictable as he is.

You may be thinking, “But what if I give him space and lose him forever?”

Here’s a little secret: To him, a ‘breakup’ is often more of a ‘time out.’ So, while he retreats into his social group, hobbies, or mad scientist lab (you know he has one), your best bet is to bring excitement and change into your life.

That wild hairstyle you always wanted to try? Go for it. Your old group of friends you haven’t seen in a while? Call them and get together for a wild weekend road trip.

Immersing yourself in you will help you get your mind off the breakup. 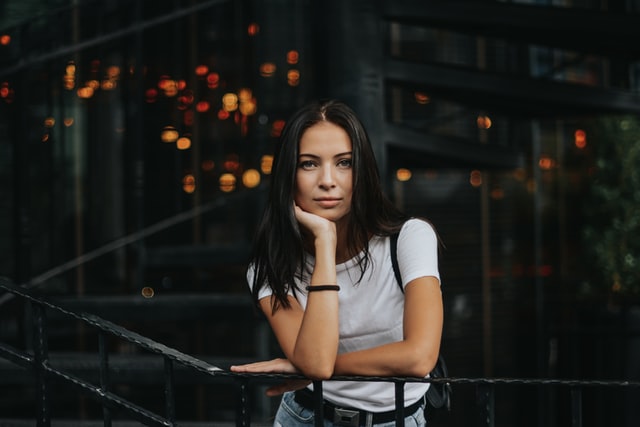 In addition to the purely personal, you can also think of this as a time to gather unusual and fun experiences that you can share with him when he finally gives that signal that he misses you and wants to talk again.

Do the things that add sizzle and unpredictability to your life. Do it because it will fill your life with new and exciting energy—if there’s something he can’t resist, it’s anything new and exciting.

And post pictures online of the adventures you’re having.

Aquarius men want to innovate, solve problems, and discover new things. You will be sure to catch his interest if he can see that there are changes happening in your life. Prove to him that what is going on in your life is anything but routine.

Trust me on this one; your Aquarius man is enticed by novelty. He may have walked out the door, but he’s hooked on the internet. Chances are, he’s keeping an eye on your social media. Distance is his comfort zone.

Read next: How To Make an Aquarius Man Want You: Trigger His ‘Desire’ Buttons

It’s an understandable mistake many women I’ve worked with have made: thinking that keeping in touch will tempt him back to your warm embrace.

This is a bad move. He’ll feel intruded upon. Reassuring him of his special status as the love of your life will only make him feel like you’re stuck in the past.

He doesn’t want to be associated with any kind of ‘stuck’ energy.

Don’t reminisce about your favorite vacation or cute nicknames for each other. That was then, this is now, and he is living in the future.

A word of caution here, ladies: The last thing you want to do if you are serious about your Aquarius man coming back is to keep a public diary of your heartbreak online.

He’s not comfortable with his own emotions and will react to any outpouring of emotion as if you just started speaking Klingon to him. In fact, he may be more attracted to your knowledge of Star Trek languages than emotional language.

It may sound harsh, but he is not going to come back out of mercy or guilt. He will see any public pleas for a second chance as embarrassing and suffocating. Rather than empathizing with your pain, he will run even further away.

Remember: independence, freedom, and space to tinker with the 3D printer or organize a humanitarian campaign are just part of an Aquarius’s varied interests. How you react to his absence from the relationship teaches him valuable information about whether he can count on you to give him space when he wants it while in the relationship. 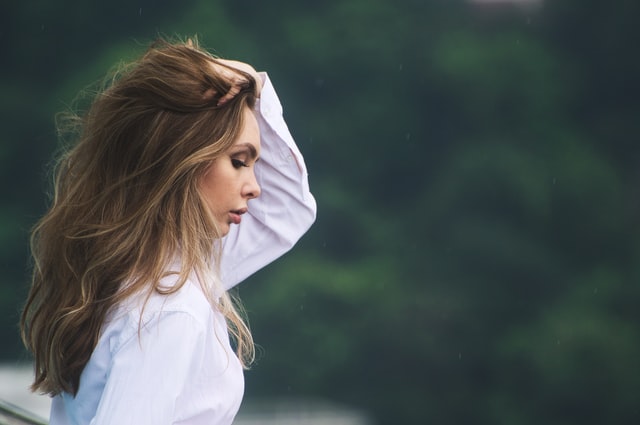 4. Don’t Try to Make Him Jealous

I know you’re tempted to make him jealous with a rebound relationship.

He’s imaginative. He wants to picture himself with you as you take a wild ride through life. He doesn’t want to envision himself having to compete for your attention.

Aquarius men are all about ideals and principles. If you’re tempted to vent frustration in ways that lower your standards, that will turn him off. He’s highly intuitive and intellectual. If he senses manipulation, he’ll be out of there fast.

You already know he has a sensitive side. Be careful not to intentionally toy with his feelings.

Don’t lie or fake it—he’ll know the difference. He’ll lose respect for you if he thinks you’re being inauthentic. And don’t play on his insecurities.

Show him you are grounded enough not to go for the easy route and play the jealousy card. With an Aquarius man, it’ll never work.

Read next: Why Is My Aquarius Man Ignoring Me? What Can I Do?

5. Show Him What He’s Missing When You Talk to Him Again

Your Aquarius man wants to be reassured that you’re as independent as he is and that you can find interesting, creative, unusual, and progressive things to do with your downtime.

He wants to be intrigued by rediscovering the new and exciting elements of your life.

When you’ve taken my advice and followed the first tips, the next time you do talk with him, you’ll have plenty to say.

Show him that you have put thought and intellectual energy into interests that will attract his attention such as science, spirituality, conspiracy theories, technology, and progressive campaigns.

When you talk to him, keep it light and entertaining. Save your heartbreak and tears for friends. Don’t try to bring up the past or narrow him down for a commitment.

It’s all about the present at this stage—be in the moment with him, and he’ll see what a mistake it was to drop you.

The more he sees you as a lost treasure, the sooner he will want to return to you before anyone has a chance to sweep you off your feet.

If you have a unique story about patience paying off, or if you are struggling to find more answers about your love interest, I want to help you get through this! Leave a comment or question below, and I will get back to you!

To get a head start on figuring out whether you and your Aquarius man are a good match, take my free compatibility quiz!

22 thoughts on “Dumped by an Aquarius Man? These 5 Tips Will Pull Him Back!”