Are Aquarius Men Able To Commit To One Woman Only? 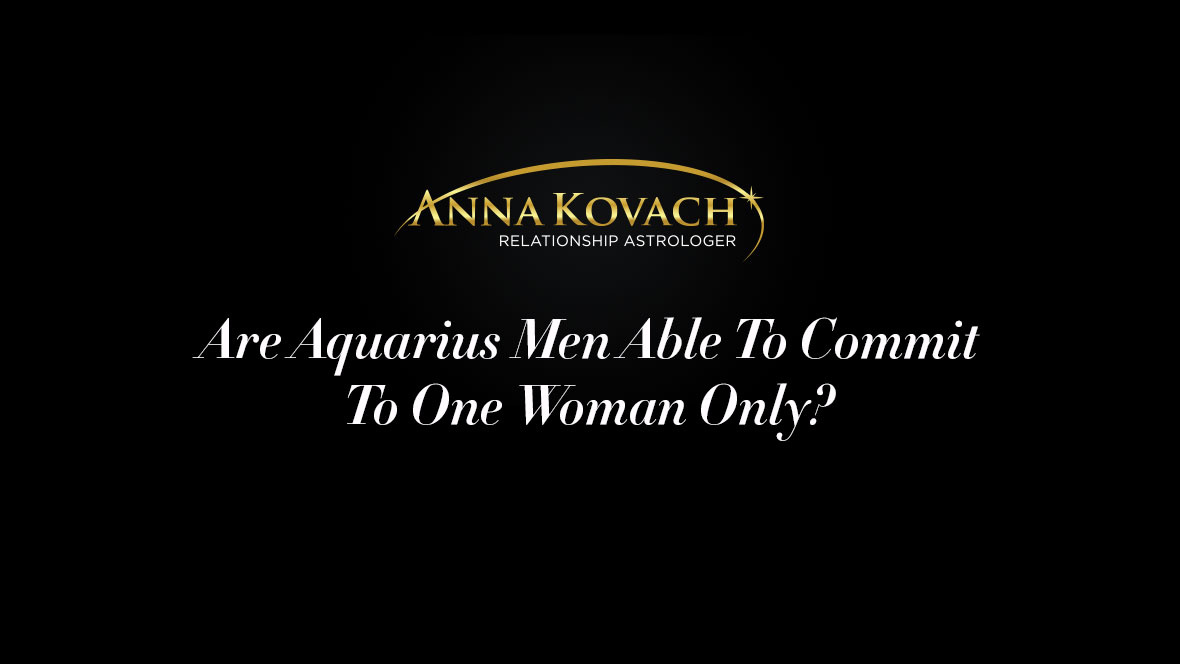 Are Aquarius Men Able To Commit To One Woman Only?

Are you dating an Aquarius man or considering dating one but aren’t sure if he has it in him to commit to you for the long haul? Have you heard bad things about Aquarius men? So, are Aquarius men able to commit to one woman? Keep on reading and find out.

Aquarius men are highly independent and are a self-contained unit. They honestly, for the most part, do not need anyone. However, they are human and so they do want someone to share their life with.

They enjoy having a good time and travel as often as possible. They will play the field with relationships quite a bit when they are younger. At some point, they grow up and realize that having fun isn’t going to keep them warm at night.

They realize that if they want something to last for the long haul, they’ve got to learn to settle down with one person. However, they want to choose someone who will match them and allow them to have their freedom.

I don’t mean they want a partner that will allow them to sleep with whomever. However, he may like that if he IS allowed to. I simply mean he wants to maintain a level of personal freedom.

He wants to know he can come and go as he pleases as long as he’s considerate enough to let his partner know where he’s going and when he’ll be back. It’s common courtesy that sometimes Aquarius men forget.

In partnership, he’d like to find someone who is open-minded, loves to travel, loves to live an exciting and unconventional type of life. He has lots of energy and needs someone who can keep up.

Taking the Plunge with Marriage

Aquarius men tend to take their sweet time with someone they like/love before they will decide that they want to marry. Unless they are an eternal player (some are), the Aquarius man wants to commit once and stick to it.

This can prove to be frustrating for his partner who is typically ready to get hitched before he is. However, he’s very stubborn and it’s not likely you’ll easily get him to do it before he’s really ready.

If you do miraculously get him to commit quicker than he’s ready for, you’ll probably end up regretting it. He’ll build up some resentment and it will likely be backlash for you at some point.

This could cause him to cheat, keep himself too busy to spend time with you, or other various things he can find to keep himself unavailable emotionally to you. It is probably best to let him do it when he’s really ready.

When or if he finally decides to go ahead and get married, he will go into it with the mind frame of being fully connected and committed for life. Then it’s a trick of getting him to maintain that same train of thought going forward.

If he feels the crunch of marriage to be too much, he’ll start to retreat. This is when it becomes VERY important to give him some personal space and freedom so that he doesn’t feel boxed in.

It takes a very special kind of woman to get and maintain a relationship/marriage with an Aquarius man. She has to be patient and strong to survive him but if she can, he’ll be eternally grateful to her.

Difference Between Can and Won’t

With the Aquarius man, he CAN commit and he CAN spend his life with someone. However, if the partner he’s with isn’t what he really wants, he WON’T choose to commit to her.

I’ve had many women write to me who have gotten themselves involved with an Aquarius man but he starts backing off or back peddling. What’s worse is I’ve had a few writers to me that say their Aquarius guy is married.

Ladies, if an Aquarius man is married yet pursuing you claiming his marriage is a sham or it sucks but he loves you, RUN! If he doesn’t love his wife enough to treat her with respect, he’s not going to do it with you either.

You’re either his side piece or you’re the woman he’ll retreat to then do the same thing to you later on. Aquarius CAN commit but unless he truly does, he’ll keep up with the player mentality.

I know this is super confusing but Aquarius men are hard to get through to. They are hard to work to capture, hard to maintain, and hard to keep. They actually have to really want it to stay.

Is he Worth Pursuing?

This is something you’ll have to ask yourself because only your own intuition is going to know the answer. Many Aquarius men are tremendous and if committed, they adore their woman.

Some of them love their woman part-time. So you’ll have to figure out which type of Aquarius man you have. Is he solid? Is he spending time with you? Does he blow you off? Does he return your texts and calls? Or, does he seem cold and distant?

You’ll have to literally write out a list of pros and cons when it comes to this man. Only then can you really see what you’re dealing with and if he’s someone that you feel would be worth committing yourself to?

There are plenty of Aquarius men who are amazing men that can stick to their commitments. There are also plenty of them that cannot and do not. It’s just a matter of weeding the right one out.

The one that IS worth it; will show you absolute devotion, time, and will remain yours throughout his life. They ARE out there and they DO exist. You just have to make sure you have the right one.

What do you think? Are Aquarius men able to commit to one woman? Let me know!

To learn more about Aquarius man and his needs, click here.