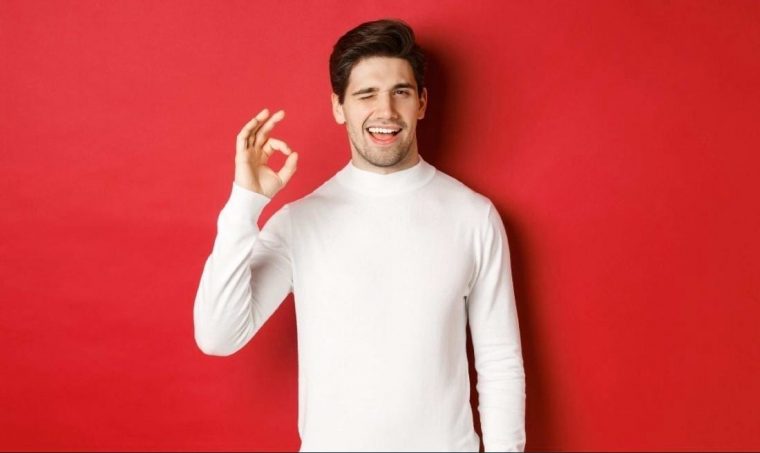 Hi there, my sweet readers! How are you? How was your New Year’s? Splendid, I imagine! Now, how do you feel about diving into the January predictions for the Aquarius man? I’m guessing you’re excited, so let’s dive right in!

The beginning of the month puts a lot of pressure on the Aquarius man’s psyche, fears, and dreams. He’s going to be in the midst of reevaluating himself, his ambitions, decisions, and further course in life. The saving grace comes in the form of his friends and group activities. He feels safe among familiar faces and charitable causes.

The end of the first trimester puts him in a creative mood. He’ll be up for short trips and spending time with his friends. Allowing him to open up about his ideas and creative projects that he has in mind in front of you can set firm foundations for the rest of your relationship (in a good way).

The Full Moon activates his sixth house of daily dealings and health, and his already packed twelfth house of fears, paranoia, and dreams. Despite the planetary focus, he’ll still be in the mood to do things together and share his hobbies with you. Especially if those hobbies are thought-provoking.

The end of the month is setting a reckoning stage for his subconsciousness. The good news comes in the form of the Sun conjuncting Saturn (and Moon) in his first house, so it’s like a marriage of opposites representing him and his love interest or partner. But more than that, I dare not predict for he is ruled by Uranus, and with Uranus, it’s best to throw any kind of predictions out of the window.

The beginning of the month puts a lot of light (and pressure) on Aquarius man’s twelfth house. This is not so good, as the twelfth house doesn’t like having too much attention and light. He’ll feel as if he’s pushed to the edge.

The New Moon activates the entire stellium residing in Capricorn, and Aquarius man is asked to take a deep dive into his subconsciousness to reevaluate his ambitions, feelings, and aspirations for the period that’s to come in 2022.

His friends are there to help him and support him through it. Mars in Sagittarius is on a benefic degree and it makes a nice sextile with Saturn in his first house. Mercury has also found its way into his first house and is at this point in time on 0th degree.

That’s a very prominent degree and it marks new beginnings. The Aquarius man has lost some weight by now, and is still on the diet regime. He’s taking good care of his body and it shows. Mercury is there to speed up that process and help him navigate his inner landscape of emotions.

This is a good time for all kinds of communication via his friends, to spend time in a familiar setting with familiar faces, to participate in group activities (like volunteering, giving away old things, sharing with those in need) and make him feel at ease without putting too much pressure on him.

A relaxed approach can go a long way, the less demanding you are towards him, the more he’s prone to put his trust in you and open up, like Pandora’s box.

The end of the first trimester of the month doesn’t offer a major change in transiting aspect, but the Moon lingers in his third house while its dispositor, Mars, conjuncts Vertex in his eleventh house. This is a good combination as it opens a window for short travel and certain realizations that come through his friends.

His twelfth house is still active and on top of that Mercury has come closer to Saturn. Mercury is the dispositor of his fifth house of romance and fun, where currently North Node and Lilith reside, so this means that he isn’t in a very romantic and touchy-feely mood.

Instead, now is the time to go big with him or go home. These aspects are testing his lover or partner. He is by nature a social creature; he loves the crowd and his friends more than anything. His moods will always gravitate towards familiar faces and he finds safety in numbers.

Good activities for this transit are to go with his flow, follow his lead, and be in the same group of friends that he feels safe with. Interesting thing is that currently, activities that include water sports and earning money through creativity are at the center of the stage.

Get involved with his creative projects, participate in his brainstorming and flushing out of creative juices. Be present with your Aquarius man, enjoy his safe space and let him be himself next to you, that is guaranteed to make you stand out in his head and then, slowly, in his heart.

3. Don’t Let Curiosity Get The Better Of You

The Full Moon on 17th activates his sixth house, which directly opposes the Sun conjunct Pluto in Capricorn in his twelfth house. His dreams will be very tiring and it’s possible that he’ll suffer heavy insomnia around the Full Moon.

Concerning the Aquarius man’s romance and love life, Mercury will be retrograde during this transit and it will start moving backwards toward Pluto and his twelfth house, so a love interest or partner from the past might get in touch with him.

It’s not recommended for him to act on this occurrence as it’s not meant to last, this is just a cosmic test of sorts to see if he has surpassed a certain (emotional) lesson, or not. Nothing more.

Aside from that, the Sun is slowly coming to a close in Capricorn and it’s soon moving to Aquarius which will activate his seventh house of marriage and long-term love relationships. This is good news because he will be forced to explore his emotions in a more intimate way, away from crowded settings and “friendly” onlookers.

Good activities for this point in time could be online conversations, sharing of informative links, exploring the weird side of YouTube together, and allowing for the shared hobbies to take a deeper and more emotional turn in an organic way.

The end of the month transit places almost all of the “cards” in Aquarius man’s twelfth house. A whooping seven heavenly bodies found their home in Capricorn, and he is certain to feel it. Especially since the dispositor of that party is Saturn in his first house in conjunction with both the Sun and the Moon.

This means that the time of psychic and soul reckoning has come for him. He is going to be under so much internal pressure that most of it will erupt from him in very unpredictable ways.

The good thing about this luminary conjunction in his first house is that he’ll have the innate need to marry his opposites. Symbolically, both him and his partner are conjoined in a union, this is good news because he won’t be going through this dark time of the soul all by himself.

The bad news is, you’ll probably have to suffer through it with him, so hang in there. Things are looking up come April, just stay strong and be creative with all that emotional output and influx of subconscious forces that are emerging to the light.

I’ve no recommendations for any kind of romantic activities at this time simply because anything goes. You never know with the Aquarius man, he’s unpredictable and these aspects are making him even more so. So, strap in – and get ready for a wild ride and may luck follow you on your path!

Read next: What Kind Of Woman An Aquarius Man Falls For

There you have it, sweethearts… Hopefully, this prediction will help you navigate stormy skies with the Aquarius man’s heart…

Some of these transits are going to feel different for individuals than I have explained it here. While generally accurate, these predictions don’t reflect the entire depth of information found within your partner or love interest’s birth chart.

If you’d like to get the FULL roadmap to making 2022 an amazing year with your Aquarius man, you don’t want to miss this special 2022 program here.

Stay healthy, stay well, and stay sparkling, until next time!