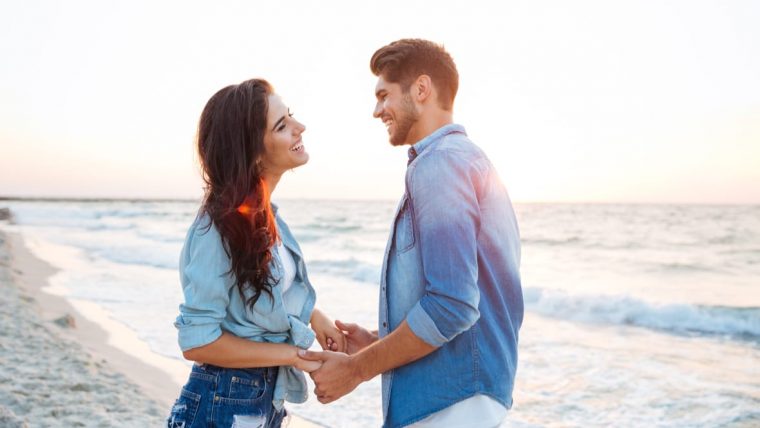 Hi darlings, how are you? Great I hope, for we are about to dive into Aquarius man’s horoscope for the most romantic month of the year. Ready? Let’s go!

The beginning of the month shines a light on the Aquarius man’s (constricted) first house of self. But that only means that he’s ready to begin with more rules, restrictions, and regulations, considering how this lunation is colored almost entirely by Saturn. His twelfth house is really lit up right now, and that brings umpteen complications on its own.

There’s a lot of evolutionary ground to cover for Aquarius man, and he’s off to a rough start. Wish him luck and support him the best you can, he could use it now…

The 8th of February transit can prove to be beneficial if all romantic stuff is kept lighthearted and fun. No serious topics and heavy activities – his psyche is already burdened, he doesn’t need more of that.

The Full Moon brings good news for Aquarius man’s romantic life. It’s like fresh air let into a closed-off room. This is nice since it happens around Valentine’s Day, and the romantic atmosphere is still at its peak. Enjoy it, have some sweets and share affection with each other. Maybe take some photo booth pictures to commemorate the occasion.

The end of February promises better times in March, and his mood is definitely lifted compared to the beginning of the month. It’s time to enjoy some more lighthearted fun and share the vibes with the group of his favorite people.

The Aquarius man is under a lot of planetary scrutiny and pressure due to Saturn in his first house. Right off the bat, February begins with a New Moon in Aquarius, sitting right on top of Saturn. The Sun conjuncts both of them.

This means that the new beginnings are ripe for the beginning, and the Aquarius man just has to go with the flow. This time is not easy for him, having Saturn transit one’s first house is never easy because Saturn is the planet of restrictions.

On top of that, there’s a whole party going on in his twelfth house of hidden enemies, phobias, fears, illusions, and confined spaces. That means that there’s a lot going on “behind the scenes.” Secret affairs, house problems, gossip, and hidden desire for domination came together and made a mess of his psyche and personal life.

Out of all the signs, the Aquarius man unfortunately has it the worst. The one silver lining is that Jupiter is traversing his second house of income, together with Neptune, which means that both of the rulers are in their own sign. This is great news for his monetary gain and income, but we all know that money isn’t everything in life, so it’s really up to him to make the best with what the universe is offering to him right now.

This is a great time for personal development and following strict rules, so some constructive ideas for dating are developing a routine together. Making plans for healthier habits and lifestyles. Visiting museums and historical monuments to gain inspiration for interior work.

Spending time in deep conversation covering global and historical topics. Researching the future and discussing hypothetical ideas of what’s to come and what scenarios are survivable with what you currently have at your disposal.

The 8th of February draws attention to the Aquarius man’s fourth house. The Moon conjuncts the North Node and Uranus there, but Ceres has also made a cameo. The ruler of his fourth house, Venus, is in a tight embrace with Mars and Vesta in Capricorn, his twelfth house. This means that some hidden matter connected to his home life will be revealed and he’ll have to deal with rising emotions in order to grow.

Juno has moved to his first house of self and it’s making its way to Saturn. As well, the Sun conjuncts Saturn, but it’s a separate aspect so the tension is easing up at least a little bit.

His love life remains hidden, even his words have trouble finding their way out, so he can feel very distant and detached during these times. Some possessive urges overtake him, but he doesn’t know how to explain them, nor does he understand why he is experiencing them.

The best ideas for dates with the Aquarius man during this time include having simple and lighthearted fun that doesn’t require much thinking or over-explaining. Going to the cinema, watching cartoons together, playing video games, and eating junk food can seem like a dream come true to your Aquarius man during these times.

The Full Moon takes place on the 16th in his seventh house of long-term love, marriage, and commitment. The Moon conjuncts Regulus from the Leo constellation and it opposes the Sun on the last degrees of Aquarius, in his first house.

What’s also important is that Mercury switched signs, so now it’s on the first degree of Aquarius, and Mercury rules his fifth house of fun and romance. These two aspects bring a breath of fresh air into his love life and act as a sorely needed breeze on a hot summer’s day.

Juno has found its way into Aquarius as well, and it’s on Leo’s degree, so the symbolism of focusing on his partner is evident. There’s still a lot of pressure from his twelfth house, no doubt, but his second house also brings some good news as Jupiter draws closer to Neptune.

Now is a great time for some intense romance action, if you ask me. Go out on a fancy date or have an intimate dinner in a fancy restaurant. Enjoy the bright lights and overall post-Valentine’s Day spirit. Buy each other nice chocolates and share them, look deep into each other’s eyes and say all the nice things you didn’t have the chance (or the strength) to say in the days before.

4. Ready For Another Adventure

The end of February brings some ease into his life. The tension from the Aquarius man’s twelfth house is at its peak, it’ll only let go after this. But Mercury is in a sandwich between the Moon and Saturn in Aquarius, and there he feels great.

Due to this aspect, the Aquarius man is finally able to speak his mind and say what lies in his heart, but in his own, cool-headed manner, of course. His eloquence is unparalleled, but you cannot expect Pisces-like romance from him, now can you?

The Sun moved to Pisces and is getting closer to Jupiter, and Jupiter is drawing closer to Neptune. This brings a lot of luck in the financial department for the Aquarius guy, and that, at least, can set some of his worries at ease.

An excellent way to celebrate these positive aspects is to go out and about, have some exploration adventures, and enjoy good fun of finding out new things and seeing new places.

You can participate in some online group events, as well, and share your good vibes and success with a bunch of friends. The Aquarius man always appreciates group effort and he likes to share his good vibes.

Finding new delivery services can also be a great thing at this time, as he really needs to take better care of his nutrition in order to be able to cope with all that stress.

Read next: What Kind Of Woman An Aquarius Man Falls For

There you have it darlings. I hope this horoscope for February was insightful.

As always, some of these transits are going to feel a little different than what I have explained here. While generally accurate, these predictions don’t reflect the entire depth of information found within your partner or love interest’s birth chart.

Enjoy your month of romance with your Aquarius man, you both deserve it!