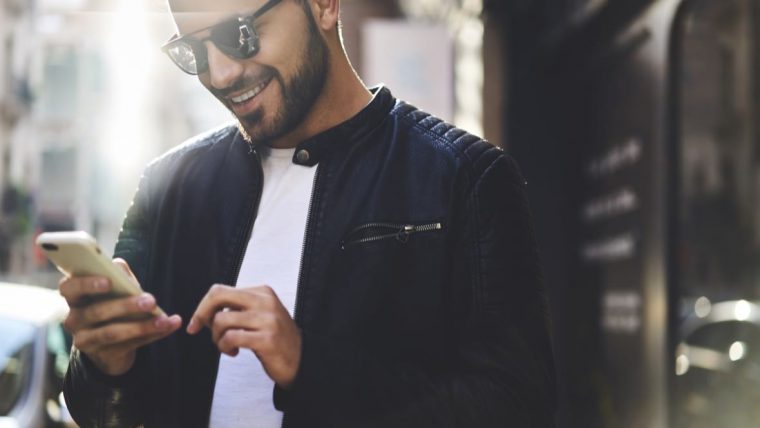 Hello, sweethearts! How have you been? Are you ready to say goodbye to 2021? I hope you are, for we are about to dive into the horoscope for December for the Aquarius man.

At the beginning of the month, it will be good for him to take a step back and look deep into his heart. A trip with his friends is possible, especially if he feels overwhelmed with the fast life and a huge input of information. There’s more to this transit than it meets the eye – you just have to live through it to understand.

Midmonth brings significant character development for the Aquarius man. Even when all others are busy being in a festive mood and going shopping for the holidays, the Aquarius man is busy soul searching and discovering forgotten parts of himself. This will prove to be very good for his dating life and love relationships. He’s actually doing the most important job when it comes to the year’s end – cleaning out the old and making room for the new.

The Full Moon will get him into a joyous mood, and he’ll want to spend time with both his friends and his love interest or partner. This is why he might combine crews and dates for hanging out and spending quality time together.

The end of the month puts him in an isolative mood, but he won’t be able to escape his friends. If he won’t go to the party, the party will find its way to him, is all I’ll say.

The beginning of the month pulls the Aquarius man’s focus towards himself, his emotional blocks, fears, and shadow work. A lot of internal progress will now reflect in his dating life.

His eleventh house is quite active at this time, and he’ll be focused on his friends and activities that include teamwork and team play. It’s possible that he will go to a retreat with his crew or on a trip abroad.

It’s going to be very good for his mental health if he takes a break from technology and a speedy way of life at this time. It will also give him a needed break and space to sort out his own thoughts and emotions.

The Aquarius man often struggles with intrusive thoughts and amplified objectivity, which stands in his way of feeling his own emotions and respecting his heart’s wishes.

The time to change that up, open up, and see an actual improvement in his love life has come. His fifth house is positively accentuated with major karmic players (Lilith, Ceres, and the North Node), and this tells me that he is finally ready to actualize his inner feelings and urges.

You can expect an honest message from him if he’s away. And if he’s present, you’ll be asked to listen to his inner musings and emotional confessions.

2. It’s Not About The Destination, It’s About The Journey

Midmonth brings very interesting (karmic) development in the Aquarius man’s life. He’ll have advanced in his psychotherapy and made some very important discoveries concerning his love life.

His emotional state will be such during this time that he will want to test if his feelings are real and not just something he imagined. So, he’ll ask his love interest or partner out.

Going out to a fair that contains hand-made items, visiting a nearby haunted house, or spending a night in a Victorian-themed house are activities that will seem very appealing to him.

Also, the words and phrases that come out of his mouth during this transit come straight from his soul. His words will have special effects during this time, and if the phrasing sounds familiar, that’s because it is.

He is acting out the emotions that he has had for centuries and through multiple lifetimes. These weeks are crucial to him, as he is discovering parts of his soul that have long been forgotten.

The emotional ties he develops and deepens now are the ties that are here to stay and make his life more meaningful and beautiful.

The Full Moon on the 19th will culminate all of that hard inner work that he has been doing. It’s definitely a perfect time for dating. He won’t be stalling, and he’ll get down the point, so being asked out by an Aquarius man is something you can expect during this time.

His idea of a nice date will be something versatile, something interactive and funny. A stand-up comedy act, a concert, or a buffet night with an entertaining (live) program are all possible ideas for a great date.

Whether he wants it or not, his words will be direct and will come straight from the heart during this transit. He will feel exposed at certain points throughout the conversation, but he won’t shy away from them as he perhaps did in the past.

He’s made some notable progress on his psyche, and he is getting better with each passing day, so his hard work and invested efforts should pay off nicely.

During this time, he’ll also receive a good backup from his family (or his mother), and he’ll get the necessary boost to keep going and keep bettering himself.

His friends will be present (even more than usual) in his life right now, so it’s not out of the question for him to invite you on some group dates or dates that include group activities with his friends. He’s just trying to see how well you get along with the most valued people in his life.

The end of the month and the end of the year put the Aquarius man into a bit of an isolated mood. He’ll be asked out and called to several parties, but it remains to be seen whether he’ll make an appearance or just a cameo.

He’s feeling isolated and secluded. He won’t be up to par with the festive mood and the whole New Year’s drama. If it were up to him, he would crawl into a cozy hole, binge-watch his favorite movies, and read his favorite books.

Which is something that he might just do. He could retreat to his cabin in the woods, or he might even ask one of his friends to accompany him so that he won’t be disturbed by anyone aside from raccoons and some deer.

His friends might invite you to surprise him wherever he opts to disappear. No matter how secluded he wants to be during this time, his friends are going to meddle, and they’ll want to lift his spirits by bringing his love interest or partner to the “party,” too.

One thing’s for sure; although he has great friends, he’s also doing his best to improve himself to become his best version, which is something that should be appreciated and valued.

There you have it, sweethearts. It’s not the most spectacular and friendly of forecasts for an Aquarius man, but he’s doing the most important work of all of the signs if you ask me.

He’s working on improving himself and becoming a better version. It’s something most of us should be focusing on, come year’s end.

Some of these transits are going to feel different for individuals than I have explained here. While generally accurate, these predictions don’t reflect the entire depth of information found within your partner or love interest’s birth chart.