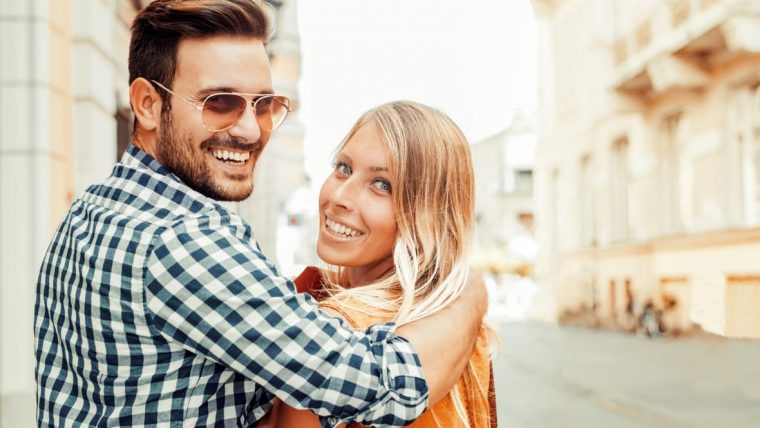 Hello dears, how have you been? Good, I hope. Are you ready for the November forecast? Let’s dive right in!

The beginning of the month brings good luck in both the romance and career areas for the Aquarius man. This is a potent time for striking up a conversation with him, especially if the topics include occult and odd subjects like UFOs and crystals.

The New Moon in Scorpio in his tenth house casts a well-deserved spotlight for the Aquarius man, and it’s improving his romantic odds by a mile. It’s a very good aspect for him, indeed.

The middle of the month puts him in a bit of pickle. He’ll be challenged to solve some unresolved family relations, as well as his communication. This transit is not particularly beneficial for dating and spending time together.

The Eclipse on the 19th of November brings solitude at first, but then right after comes some good romantic prospects and adventurous plans for the (near) future. Life is good; we just have to remember to look at it from a better angle…

The end of the month is a nice prelude to the coming December vibes. The Aquarius man will be focused on romance and gatherings with friends. He’ll feel the need to share his good fortune and mood.

UFOs & All That Jazz

The start of November doesn’t disrupt the Aquarius man’s life as much as it does for some other signs. Both Saturn and Jupiter have turned direct in his first house of self.

Jupiter even conjuncts three fixed stars that bring benevolence and good fortune to the Aquarius man’s life, especially where love is concerned. Venus is in his eleventh house of friends and foreign acquaintances, so now would be a good moment to strike up a conversation about foreign cultures and ideologies with the Aquarius man.

Although Uranus is Rx and creates an opposition with the Sun and Mars in Scorpio, good fortune will find its way to his career at this moment in time, and he’ll be cheerful and talkative due to that.

The Moon from his eighth house will make an opposition to Neptune Rx in his second house of income, so he will be prone to overspending, especially on metaphysical regalia such as crystals and talismans. This can make a good date topic, and he’ll definitely want to go on dates as his fifth house of fun and pleasure is active.

Some Suffer & Some Are Born Under A Lucky Star

The New Moon will bring excellent prospects for further career development to the Aquarius man. His public image and life will hit the spotlight, and he’ll know exactly how to enjoy it. His hidden gifts will finally shine, and he will gather a lot of clients or followers and expand his business.

Good for him! Pluton is drawing nearer to the tip of his first house, and once he does reach it, things can turn dicey very fast, so he should definitely enjoy his five minutes of glory. Who knows, this transit might prove to be good luck in the long run for him.

The ruler of his seventh house (marriage and long-term relationships), the Moon, is having a party with the Sun and Mars in his tenth house (public life, career, and image), and thus, his current glory might have a very positive effect on his love interest or partner.

This lunation can change things for the better in the romance area, and he should rejoice.

The middle of the month can put a damper in his spirit, but Fortuna (luck) is there to lighten the load. Jupiter conjuncts a very nasty fixed star – Deneb Algedi from the Capricornus constellation. This star has a terrible influence on the Aquarius man, for it brings bad luck in love and loss of money through relatives.

Venus moved to his twelfth house and it conjuncts Facie (nebula) from the Sagittarius constellation; this is the most violent object in the observable sky, as it contains two black holes. This means that his subconscious fears and breaks will go in overdrive.

His good luck tied to the tenth house of career continues, but two wild factors come into play – Vertex and Lilith, which further support the possible financial loss through a female relative, as well as learning a lesson about people who check-in only when they need a favor.

Even his communication will not go over very well; the Moon conjuncts Chiron in Aries in his third house (communication, short travel, and traffic), and it also receives energies from the Deneb Kaitos fixed star from the Cetus constellations. This brings migraines and unnecessary verbal conflict that can cause deep wounds.

This mid-month is not very prosperous for dating and love mates for the Aquarius man, unfortunately. The best his love interest or partner can hope for at this moment in time is to be bypassed and avoid any unnecessary conflict.

Hope For The Best, Prepare For The Worst

The Full Moon Eclipse in Taurus on the 19th of November is best spent in solitude but then immediately after, it’s going to be a very productive time for the Aqua man’s love life.

His fifth field of fun and romance will be heavily highlighted, and it is going to be a perfect time for texting, having long phone calls, and even going on a short trip out of town, somewhere cozy where you can relax.

Lucky reinforcements in the form of Fortuna (good luck) and Juno (long-term partner) move into his twelfth house and help out blemished Venus in doing her job a bit better – bringing love into people’s lives.

The Aquarius man will be happy to release some of the emotional baggage and blocks which he has developed throughout the last couple of years. He’ll also have the favor of the opposite sex, and a female friend will help him to realize some truth about his dating life and love interest or partner.

This Eclipse has luckier and better circumstances thrown into the Aquarius man’s path than most Zodiac signs do during this transit.

It’s a great time to plan adventurous dates and travel to foreign lands in the upcoming days and weeks.

This Cruise Is On A Steady Course

The end of the month tells a different (love) story. His fifth house of love, romance, and fun is entirely active, as well as the ruler of his seventh house of marriage, the Sun. It has moved into Sagittarius, where it feels empowered, and it conjuncts Mercury (communication and optimism), Vesta (libido), and Vertex (the change of luck).

This is a great combination for future optimistic prospects in romance and love. He will be positive and talkative about his love interest or partner, and he’ll be in the mood to organize outings with his friends and his partner.

The Aquarius man will want everyone to meet the lady that stole his attention and heart, although he won’t admit it at first. His house of long-distance travel, high education, and faith will be illuminated by the passing Moon, so date topics might turn out to be very interesting during this time.

The most important thing right now is to enjoy these beneficial transits and to have fun. It’s great to catch a break after such turbulent times, and it would be even better if the Aquarius man spent his free time with his love interest or partner going to museums, watching movies, and discussing art.

He should be wary of overspending money at this time and about his wallet being stolen. It will be a hassle to retrieve his IDs and credit cards if it comes to that.

Read next: 5 Obvious Signs That An Aquarius Man Likes You

Aquarius man is lucky; he’s had it better than most of the Zodiac signs this month. This is not to say that he’s pulled through unscathed, but he is far better than most.

If you’re in doubt about your relationship with an Aquarius man or are looking for more specific guidance in love, then it’s time to check out my special offer. I’m providing my lovely readers with VIP consultation where I can answer all your personal questions in love and life.

>> Check it out right here.

Stay tuned for the December forecast and have a blast! Until next time…