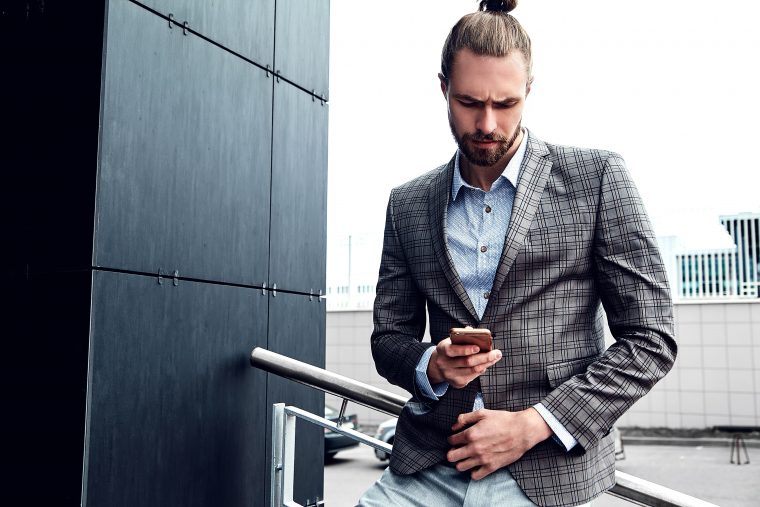 Aquarius men can be aloof and mysterious, making it feel almost impossible to know what their text messages mean sometimes! Is he really that into you, or are you just a friend? Here are five of his most common messages and how to decode them—without overanalyzing!

So, you’ve fallen head over heels for a unique and rebellious Aquarius man! But now, you’re finding yourself scrutinizing every one of his mysterious, cool-as-a-cucumber texts, searching for hidden meanings.

It’s normal to analyze texts these days—after all, how can we possibly convey feeling and tone with as much ease as we do face to face?

However, we have to make sure we don’t obsess so much over electronic communication that it brings a relationships to its knees!

It’s easy to fall into the trap of confusion and getting the wrong idea.

As a relationship astrologer, one of the hardest signs I’m asked to decode is Aquarius.

No Aquarius man is quite the same as another, of course, but what they all have in common is those sexy (if frustrating) qualities of detachment and a “take it or leave it” attitude that make many women go weak at the knees!

But how can you beat the desire to overthink every one of his messages?

Read on, and follow my advice to make your life a little easier and keep you sane!

The list probably doesn’t contain all of your greatest wishes, but you can rest assured that your Aquarius man will open up far more with face-to-face connection. Wherever you can, arrange to hang out and talk heart to heart. It’s way better than stressing over his unusual (and frustrating!) texts!

1. “Sounds Good” (or Other Short Answers) 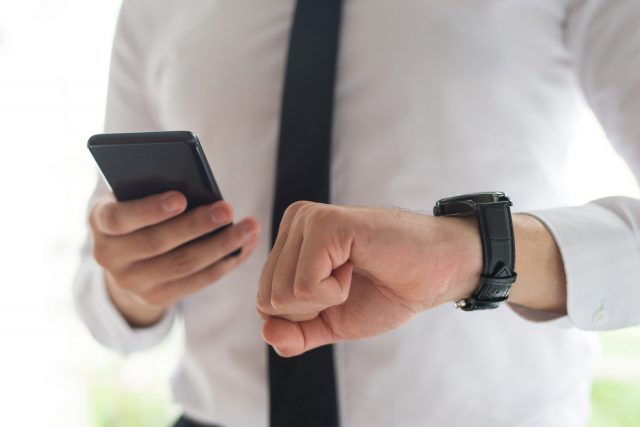 Ladies, Aquarius men are not the types to write essays.

Sometimes they will, if they’re in the mood (be prepared for contradictory behavior!), but most of the time, they’ll simply write “sure” or “sounds good”—or even the dreaded “k.”

Especially if you’ve spent a lot of time crafting your own message and trying to get your tone and feel just right. It’s tempting to fire off a hasty reply telling him just where to go…but should you?

Aquarius men are just not that chatty in messages. They may even not reply to your message for hours, which is strange, considering that he’s usually so sociable in person.

Remember—it’s not you, it’s him. Read that over and over again! He’s not the type of guy who’s going to regularly send you long-winded, cutesy messages of fluffy romance! He’ll wait until he sees you to talk, or he’ll talk to you on the phone. This is just how he is!

Ghosting can and does happen with some Aquarius men. You may be sitting around, waiting for days for a reply—sometimes not getting one or just receiving a short answer after days of agonizing.

Does that mean he’s not into you?

Maybe, unless you’re in a long-term relationship. If it’s long-term, let it go—he’s devoted, just probably feeling comfortable enough not to have to check in with you constantly.

If this is a new(ish) relationship, it can indicate that he’s not that keen anymore. My advice? Don’t chase too hard. If he wants you, he’ll come and get you—and he appreciates a woman who can get on with her own life independently.

Maybe pop him a check-in message after a while and keep it cool and calm. If he still doesn’t reply, let go and accept that maybe he’s not in the right space to be in a relationship right now.

3. A Lack of  Enthusiasm

Are you looking for a spirited response to your overtures of love? Well, sorry to say it, but Aquarius men are not exactly enthusiastic types. They’re curious, fun-loving, and clever, but they are also “Mr. Cool.”

They’ll never quite make you feel—via text at least—as if they’re that excited about anything.

It’s just something you’ll have to get used to!

Read next: How To Draw In An Aquarius Man Via Text 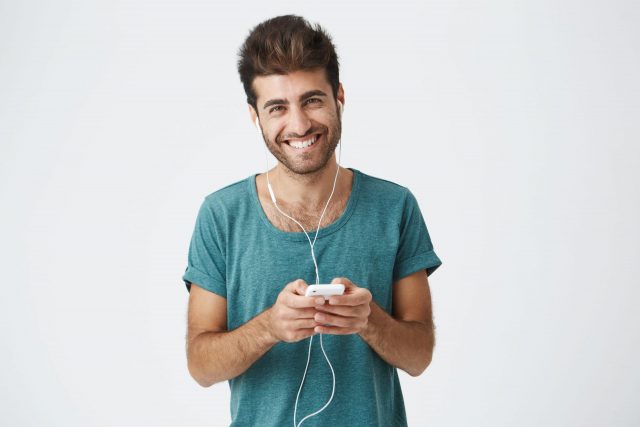 Here’s an important one! Aquarius men find it really hard to open up. They have feelings just like anyone else, but they really, really with feeling comfortable in them.

If he sends you an article, read it. Unless it’s some scientific/conspiracy theory/activism article, it can give you a whole lot of insight into how he’s feeling.

This may be the easiest way for him to share his emotions with you.

And even if there’s no deeper significance, the fact that he chose to share it with you means he genuinely thinks you’ll find it interesting—and that’s a sign he cares.

You don’t need to rush to reply. But maybe come up with a few related questions for you two to discuss.

Keep it casual, friendly, and light. Don’t pressure him to open up!

Be tender, gentle, and unobtrusive. Let him know you’re curious about why he sent it.

Read next: 5 Signs An Aquarius Man Likes You: Know If He’s Interested 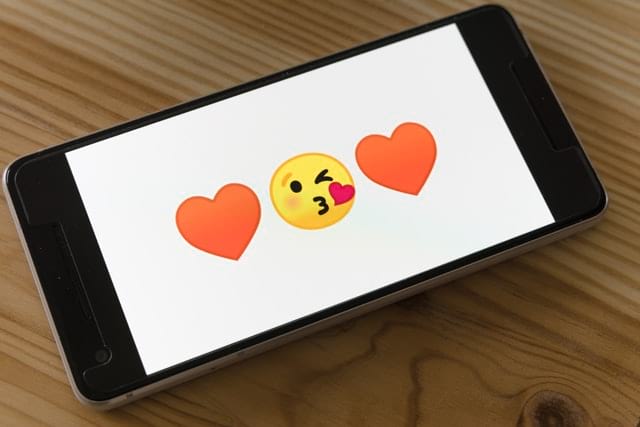 This one either makes you groan or giggle! Aquarius men are aliens in human form—they make very little sense to us Earthlings, and their brains are often light years ahead of everyone else’s.

When he sends you weird emojis, try to channel into his wavelength and send him some of your own. Get in the game. You may find it fun, and as it develops, you may see that he’s trying to tell you something quite deep and emotional.

Like I said, Aquarius men find it hard to really open up over text.

That picture of an embarrassed face or a fish next to a tree may be one way that he feels he can tell you something without being too vulnerable.

As you can see, communicating with an Aquarius man is not always easy, but it can be rewarding! And the chances are good that he thinks about these things as much as you do.

He just doesn’t always show it.

Next time you’re worried about a message, why not have a sit-down with him and talk face to face? Aquarius is an air sign, after all, and born to communicate.

Even though he’s not always clear with his emotions, he’s open to talking and can be more empathetic when he’s in your company.

Most of all, be rational. Try to think the way he does, and you’ll soon see that there isn’t so much to worry about!

Do you struggle not to overthink when you’re texting with your guy? I’d love to hear from you—and commenting is totally anonymous!

And if you’re wondering if you’re truly compatible with your Aquarius guy, try my fun, free quiz: