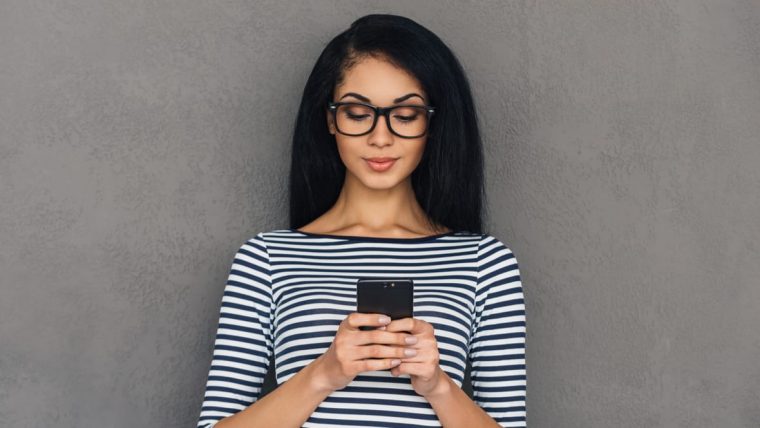 When you’re in a relationship or getting to know a new guy, it’s easy to treat texting like a secret passage between your heads. But before you let those thumbs loose, take a look at these 3 BIG mistakes you should avoid when texting an Aquarius man!

Though they are known for their witty captions and original comebacks, Aquarius men are some of the Zodiac’s worst and (most easily annoyed) texters.

These Uranus- and Saturn-ruled men are all about innovation, spontaneity, and intellectual fun. However, they are also notorious for being emotionally and mentally detached.

When texting an Aquarius man, there are three basic texting mistakes you want to avoid, and what they have in common are self-respect and healthy boundaries.

The Aquarius man is naturally an independent air sign; he needs to feel free to be himself at all times, even through text.

As an unconventional man, he is not into women who use text messages as a way to have deep conversations, complain, or question his whereabouts. He is most attracted to the free-thinking, progressive woman who understands that he is not ignoring her or messing around—not the woman who texts every hour on the dot when he is away.

So, let’s explore the mistakes so you can avoid them!

1. Relying on Texting Too Much

If you have something urgent to say to the Aquarius man, don’t text—call.

To the super-focused Aquarius man, calling is more efficient and more in alignment with his hectic lifestyle. As a man who is always open to an intellectual chat but often too busy for a cup of coffee, he would rather you called than text.

Why? Because he’s all about connection.

Aquarius men are sociable air signs who can’t help but share their knowledge and give back, and you can’t do that well through a text.

I am not saying don’t ever text the Aquarius man, but if it is important, and you want him to take the conversation seriously, don’t do it via text.

If anything, text him and check to see if he’s free before calling; he will appreciate the courtesy.

As the Zodiac’s only fixed air sign, the Aquarius man is naturally opinionated and straightforward; he doesn’t know how to be any other way.

When texting, he prefers receiving messages that are easy (and enjoyable) to read and understand; he doesn’t respond well to texts that are long and confusing.

For example, if you haven’t seen him in over a week and you would like to connect, don’t send him a long text detailing how many days it’s been since you’ve talked in person and everything you want to chat about when you see him.

The same goes for other conversations. If you want to tell him something but don’t necessarily need to have a long talk about it, you should still keep your texts on the concise side.

In other words, when texting an Aquarius man, keep things short and sweet. Say what you mean. Don’t sugarcoat or drag things out.

Beating around the bush will only frustrate the Aquarius man and eventually push him away. So before you run off sending a 10-paragraph text telling him how you feel, think back to point one and ask yourself, should I call about this or ask to speak in person?

If you don’t think your text deserves a call, then ask yourself, how can I say this in the simplest way possible? Make sure you are not allowing emotions to cloud your judgment.

If you can do that, expect a sincere and timely text back from the Aquarius man. He will be eager to give you a friendly response.

Read next: 5 Turn-Offs That Make a Good Aquarius Man Leave a Great Woman

3. He Heard You the First Time! 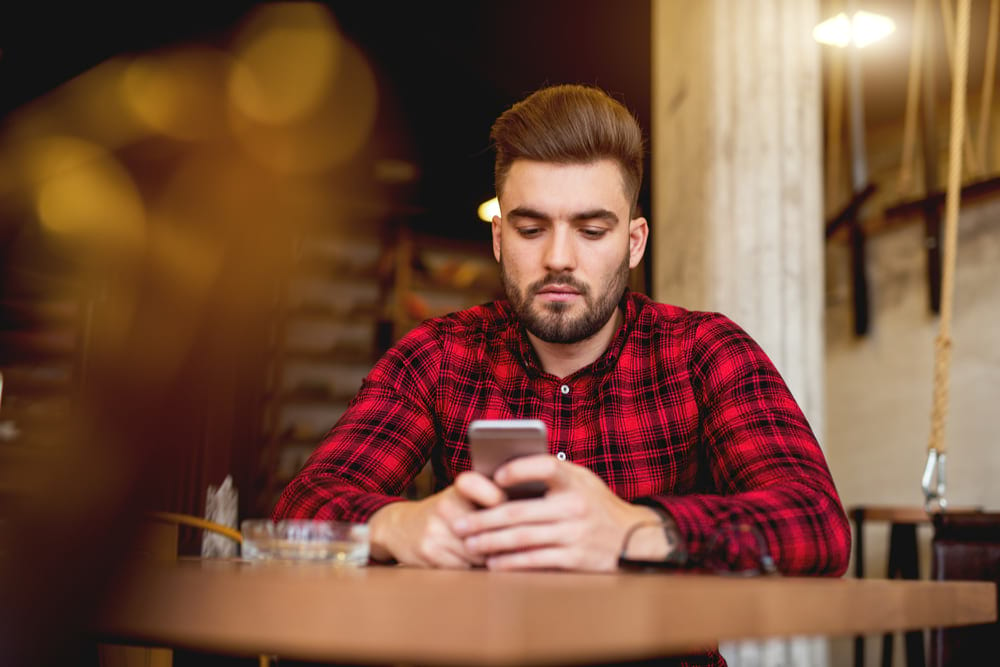 Ever seen the face of an Aquarius man who just realized his crush texted him ten times while he was using the bathroom? Trust me, it is a face that you do not want to see.

When it comes to texting, double-texting is a big no-no in Aquariusland. It’s something that you just don’t do—unless you want to piss him off.

It’s not even reading the same message twice that is annoying to the intelligent Aquarius man; it’s the lack of privacy or respect for his time and understanding of healthy boundaries that throws him off.

I mean, maybe send one double text if he has not responded in a couple of hours, but be careful or you will come across as a stalker or, heaven forbid, desperate.

Besides, the best way to win over the heart of your Aquarius man is to be independent and stimulate his mind.

Instead of being on his case, stop worrying about texting him so much, and start focusing on that beautiful life of your own.

Once you stop texting him so much, you allow him to miss you and make the first move.

Just remember that the sexiest thing to an Aquarius man is confidence. So make sure that’s how you’re coming across.

Text your friends when you feel lonely, go for a walk,  or write in your journal; just don’t unload your every thought on him.

Now you know my top three tips for texting (or NOT texting) the Aquarius man.

Instead of watching you sitting by the phone, wondering why the Aquarius man is ignoring you, your friends will notice how you are always smiling because now he is consistently texting you!

What has your texting relationship with the Aquarius man been like? Has he been hard to get on the phone, or does he check in every day? Let me know in the comments.

If you’d like to know more about the Aquarius man, you can check out my blog here:

You can also take my fun compatibility quiz to see if you and your Aquarius man are a match.

How to Attract an Aquarius Man in December 2020