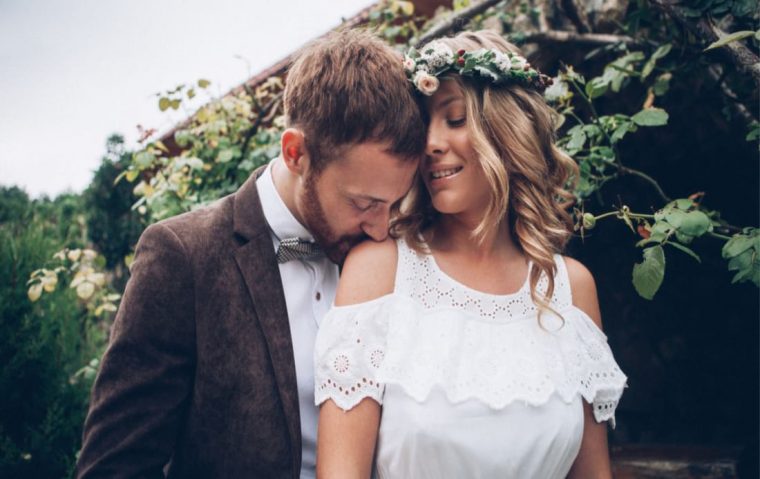 There is something really special about the Aquarius man. He is just so different and unlike anyone you have ever met. This man is full of surprises and knows how to keep people guessing!

An Aquarius man is so interesting and this is what makes him so magnetic and attractive. No wonder so many women feel a pull to him! He can be quite difficult to figure out and I bet you this is half the reason why you want him.

I want you to know that this is completely normal and for some reason, Aquarius men have this effect on women. There is just something about their aloof and detached nature that makes it exciting for you to unpuzzle.

So, if things are getting pretty serious with you and your Aquarius and you want to know if you are the right kind of woman for him in a marriage, then please continue reading. Here you will find a list of things an Aquarius man wants in a marriage.

1. An Aquarius Man Wants Something Unconventional

The number one thing you always need to remember about an Aquarius man is his need for the unconventional. This guy simply needs to stand out from the crowd and make an impact on whoever he is around.

This translates to everything he does in his life. He needs to be different and make his own rules and this definitely applies to the way he shows up in his relationships.

If an Aquarius man decides to get serious and settle down with someone, then he has to do this in a way in which he feels like he can be in control. A big part of him wants to feel free and like he can live independently.

So do not expect him to be your typical husband because this will literally never happen. He would much rather run to the mountains than ever be placed in a conventional and traditional box.

This man needs a woman who is happy to go with the flow and go against all of the rules expected of him! Are you that woman? 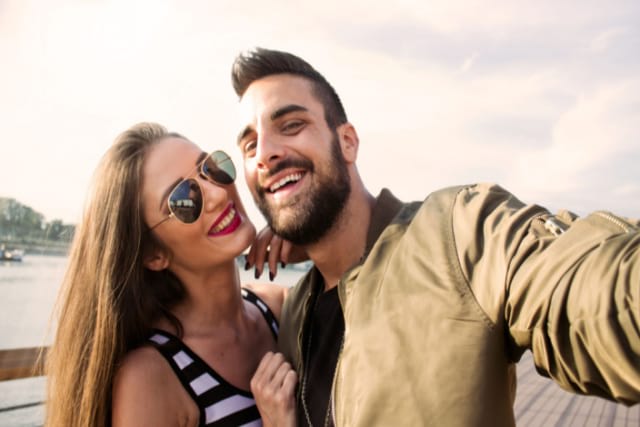 One of the most infuriating things about an Aquarius man is how quickly he tends to become bored and tired of things. He needs constant stimulation and excitement to seem to feel content with his life.

He just wouldn’t be able to be happy in a relationship where there is a steady routine and the same old thing is expected of him. He needs more than this; he needs stimulation to feel like he is alive.

This Aquarius man is incredibly smart and a big part of his persona needs to explore and discover new things about the world. And if he can’t experience this in his relationship then he is more than likely to feel stifled, and this is never a good thing for an Aquarius man.

If you are a woman who has a thirst for life and you’re excited to try out new things then you might just be the woman your Aquarius man needs!

There is an interesting juxtaposition about an Aquarius man. On the one hand, he is incredibly freedom-loving and independent, and on the other hand, he needs a certain type of stability and security in his life.

He is a fixed sign after all, and fixed signs generally appreciate stability, steadiness, and control in their lives. This is why loyalty and devotion are quite important to an Aquarius man. They need to know that they can depend on their partner.

4. A Supportive And Loving Partner 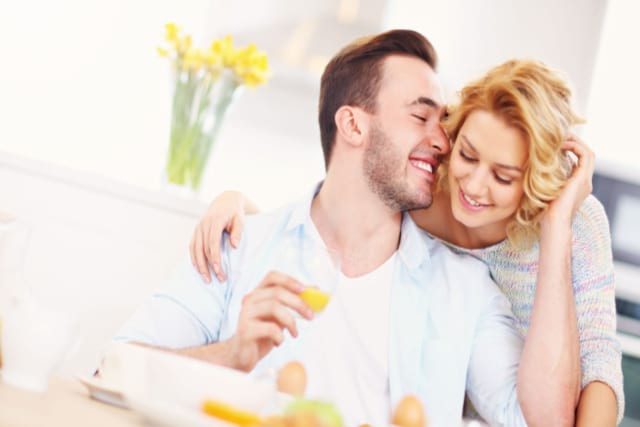 One of the most incredible aspects of an Aquarius man’s personality is his love for community and his willingness to help humanity. He is a visionary and is always thinking about the future and how he can help the world.

He has big ideas and plans to move forward into the future and because of this he needs to be in a relationship with a woman who understands this about him. She needs to be incredibly supportive of his goals.

This man has really big dreams, and really high hopes and ideals about what he wants to achieve in his life. And you know what they say, behind every successful man there is a supportive woman.

He needs to know that the woman he is going to marry will stand by his side and give him all the energy and love that he could ever need to make his dreams a reality.

The thing you need to remember when getting involved with an Aquarius man in a serious relationship is that he is an incredibly busy man and this is because he has so many hopes and dreams that he wants to see come true.

The perfect woman for him needs to realize that sometimes his work is going to take priority over the relationship and she needs to be okay with that. The thing with Aquarius men is that they aren’t very emotionally inclined.

They just happen to understand and resonate more with the intellectual side of things than emotions. His life pursuits rarely have to do with his one-on-one relationships and have more to do with what he wants to achieve.

This is why the woman he will eventually marry needs to be really patient with him and allow him the space and freedom to go pursue his dream. She needs to have an innate knowledge that he won’t always be emotionally available to her, and she needs to be okay with that to make this relationship thrive. 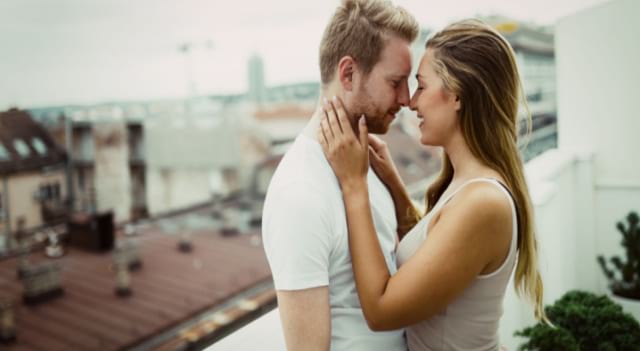 As I mentioned in the previous point, an Aquarius man really places great importance on his intellectual pursuits. This man is incredibly smart and has a lot to say about what he thinks. His opinions form a big part of who he is.

I am sorry to say this, but an Aquarius man needs to be with a woman who is an intellectual match for him. This guy wouldn’t be caught dead with an airhead. He needs to be able to spend the rest of his life having interesting and stimulating conversations with the woman he is going to marry.

He wants to be challenged by her and speak about everything he could ever desire with his partner in crime. Intelligence is incredibly sexy to an Aquarius man. So, do you think you can handle the heat?

An Aquarius man is a highly independent individual. Yes, he loves his friends and can actually be a bit of a wild party animal. But there is a time when he just wants to be on his own and do his own thing, especially when he is in a romantic relationship.

He just can’t be one of those guys who has a nagging wife trying to chase him down and know where he is 24/7. This is why he needs a woman who can give him the freedom to do what he wants because she trusts him.

If an Aquarius man doesn’t get his freedom, he tends to start feeling really caged and this is when he will lash out and become rebellious. Trust me, you do not want to see this side of your Aquarius man!

You need to let him make up his own mind. I know it might sound counterintuitive, but the more space and freedom you give an Aquarius man, the more likely he is to be loyal and devoted to you in the relationship.

An Aquarius man is without a doubt one-of-a-kind, and trust me, he knows this. He knows he is special and he knows he is a catch. This gives him a level of confidence that every woman is going to find very attractive.

But when an Aquarius man does choose to settle down and commit himself to a woman, he definitely is a keeper. He is loyal, devoted, and extremely loving with the woman of his dreams.

But I guarantee you, the love an Aquarius man can give a woman is most definitely worth it.

He might not be the most affectionate and romantic partner out there, but trust me, when he loves someone, he loves her with his whole heart.

And you want to take things to the next level and make him understand how serious you are about him and the relationship the two of you share.

But, of course, things change when you have been with someone for a while and the chemistry between the two of you just isn’t what it once was…

You can still remember so clearly what it was like when the two of you first started dating.

He was enraptured by you, and totally obsessed, he couldn’t get his eyes or hands off of you…

This was such an exciting time for your relationship!

And you could feel him becoming more and more smitten with you as time progressed.

The attraction between you two just kept on growing.

But the honeymoon phase always is…

And things are always bound to change in a relationship – there is no stopping that.

However, recently things between the two of you haven’t been feeling in sync.

Like you and your Aquarius man just aren’t on the same page anymore.

It almost feels like your Aquarius man has kind of lost interest in you and the relationship.

You feel like you have tried everything to get back his attention.

But the more you try, the faster he seems to want to push away.

That is the thing with an Aquarius man, you can’t chase him…

You need to let him come to you.

And you can only achieve this if you actually focus on yourself and your own happiness in the relationship.

And who is to say he can’t?

You may have thought you have tried everything to regain his affection.

But there is one thing you haven’t tried…

I have dedicated my life to understanding men and the astrology behind what moves them.

There are quite a few secrets I know about Aquarius men.

Things that you wouldn’t be able to find anywhere online…

These secrets are the way to win over an Aquarius man’s heart forever.

You have the power to change everything around you!

It is all up to you.

Wishing you so much love and happiness.