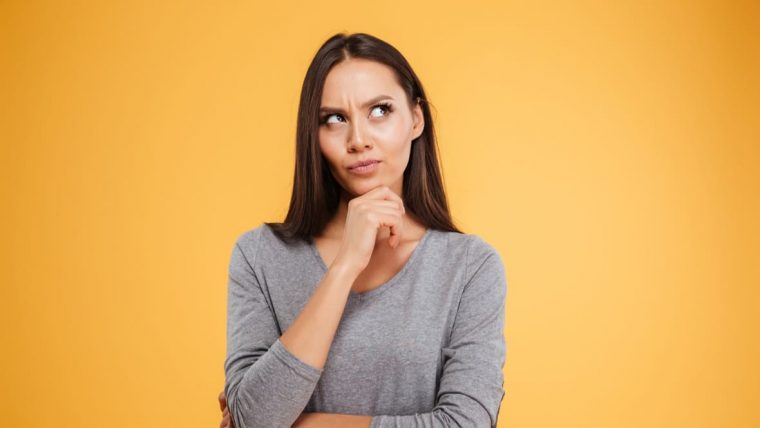 One of the most unique men you will ever meet is a man with an Aquarius Moon. These interesting men are a bit of a mystery that feels oh-so-exciting to solve!

He’s unlike any other man you have ever met, and will surely leave an impression. He just has such a special way of seeing the world. It’s no wonder I get so many questions from women asking me to make sense of these strange men!

If you’re dating a man with this unique Moon sign and you’re looking to figure out more about who he is, then continue reading. 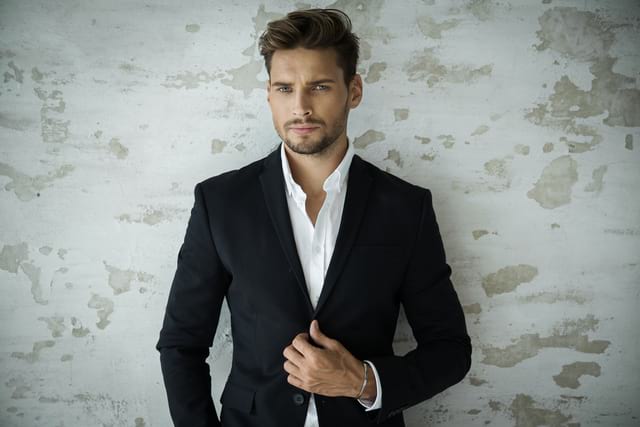 An Aquarius Moon man is really one of a kind, he often gets the feeling that he doesn’t quite fit in or belong in this world. It wouldn’t be uncommon for him to describe himself as an alien, because this is truly how he feels.

He has this amazing ability to know exactly who he is, and he makes no apologies for it. This gives him the space to be as independent and free spirited as he wants to be.

There is a level of authenticity that only he knows to be. This freedom gives him the opportunity to be creative and forward thinking.

This man is on earth to change it! His sole purpose is to make a difference and ensure a greater place to live for humanity. He is being called to use his ideas to influence the way the collective operates in the world. He’s a revolutionary, there is no doubt about that.

A way to get him attracted to you is to make sure that somehow you stand out from the crowd. This man is looking for a woman who is exceptional – someone with beauty and brains.

If you can show him your own unique and off-beat nature, he will surely come running. He likes his partner to be an original, a lady completely comfortable in her skin.

Showing him your independent side will sure garner favor with this Aquarius Moon man.

One of the most important parts of an Aquarius Moon man’s life is his friendships. He needs to feel like he is part of a community and that he can relate to a bunch of different people.

The thing is, he really loves to have an array of people in his life so that he can learn as much as possible. This man really appreciates different perspectives and having his world view challenged.

His friends find him inspiring; he always has his finger on the pulse and knows all the trendiest and hottest places to be. He just oozes “cool” and this makes him extremely popular and well liked.

One thing is really important to note if you’re romantically involved with an Aquarius Moon man. His best romantic relationships are formed out of friendships first.

Friendship is a big prerequisite for him to consider going into a relationship with a woman. He doesn’t do very well when he feels pressured to be in a couple from the get-go.

He really needs to feel like he has the trust and respect that can only come from time spent in a friendship. So, if you’re feeling super in love with your Aquarius Moon man, keep it cool and don’t put any pressure on him.

Give him time for you to grow on him, and eventually he won’t be able to help himself! There is nothing he likes more than a woman who can play it cool and gives him the space to grow into the relationship.

3. Emotions Are A Little Foreign To Him 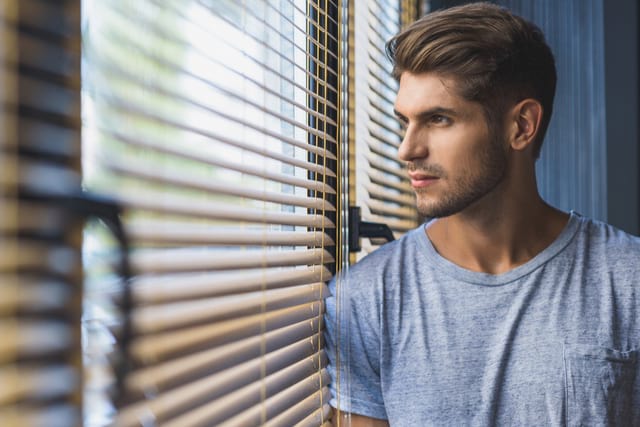 It must not surprise to you that an Aquarius Moon man is highly cerebral. Everything this man does is through the lens of rational thought.

He doesn’t get too deep into his emotions, frankly it is really hard for him to access his feelings because he can easily intellectualize them away.

This can make it rather hard for him to relate to the emotional needs of a partner. It isn’t instinctual for him to focus on his feelings, or of those around him. He is just a lot more comfortable in the realm of thought.

He might unintentionally hurt those closest to him because he seems so aloof. But trust me, an Aquarius Moon man has the best intentions and would actually feel mortified knowing that they hurt someone they cared about.

A good strategy to help you in dealing with him when he gets a little detached is to always be really direct and honest with him. This man doesn’t fare well with subtle suggestions in the very least.

He needs you to be straightforward about your needs and expectations you have from him. He is actually incredibly compassionate; he just doesn’t always know in which direction to steer his energy.

You might notice from time to time that he disappears into his own world. This could mean that you won’t hear from him for a period of time. This is nothing personal, he’s likely just working on his goals.

Being honest about what you need from him will save you both a lot of frustration and heartache. So, if he isn’t communicating with you enough, just be direct with him and tell him you would appreciate him reaching out more.

And if he doesn’t, then it is his loss! If you can be understanding of his needs, then he sure needs to extend the same grace towards you. But luckily for you, his rational side will understand that when something is really important to you.

A man with an Aquarian Moon feels a deep-seated responsibility towards humanity. He wants to fix everything that is broken in his community.

It is easy for him to recognize the structures of society that are no longer working and come up with an innovative solution to solve everyone’s problems, or he tries to, at least.

He has a powerful draw to do charitable work. He feels totally inspired when he feels like he can be a positive influence on society. It is his greatest desire to be an agent of change in his community.

This man is incredibly giving. He has a heart of gold and just wants the very best for everyone around him. Even if his ideas are a little out there, he still means well.

It’s quite common for people with big ideas to quite often fail at putting their ideas into practice. This is not the case when it comes to an Aquarius Moon man.

He understands the value of hard work and determination. So, you can be sure that when this man says he is going to change the world, you better believe he’ll do anything in his power to make it happen!

His ideal partner will understand his need to be a humanitarian. He wants someone who can support him in his cause and be part of his revolution.

He wants a woman who can get stuck in and be a force of nature in her own right. It would be a fantastic idea to share with him which organizations you are passionate about.

Show him the good you do in the world, and there is no doubt he will feel wooed by your generosity and kindness! 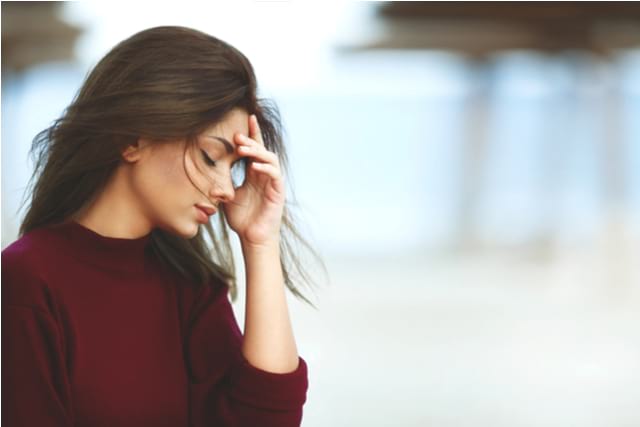 Like I mentioned before, emotions are a little foreign to a Moon in Aquarius man. This definitely has its benefits, like him being able to make decisions purely based on logic, but it also has its negatives.

The thing is, an Aquarius Moon man is still feeling his emotions, even if he doesn’t realize he is, and this can be quite confusing to him.

This can lead him to process his emotions in unhealthy ways. There is a possibility for him to totally throw himself into his work and become a bit of a workaholic, or he might go a different route and start partying without stopping.

It is very easy for his personality to go from one extreme to the next. There is no real in-between. Being so uncomfortable with his feelings means that he’s always going to look for a distraction if he doesn’t find a healthy coping mechanism.

He can’t help it, sometimes he just needs to be a rebel. His independent streak pushes him to want to be different and stand out from the crowd. So, you might often find him taking part in activities that are a little more than questionable.

Show him you care for him by telling him you accept him just as he is. Being so different from the rest of the world can make him feel a little rejected, and the truth is he just wants to be loved like everyone else!

To Round Things Off

An Aquarius Moon man is truly a one of a kind. This man has brilliant ideas and just wants to build a utopia for the entire world. His nature is idealistic, but he still makes things happen through his grit and determination.

He needs to stand out and thoroughly enjoys being part of any radical movement. This is a man who wants to make waves!

If you want to know how to get your hands on one of these hunks and keep them in your arms, then you’ve got to give my book Aquarius Moon Man Secrets a look! You can find it right here.

Have you ever dated an Aquarius Moon man? What tips do you have in dealing with his detached nature? I would love to hear your stories. Please leave your advice in the comment section below!

Wishing you all the love in the world.