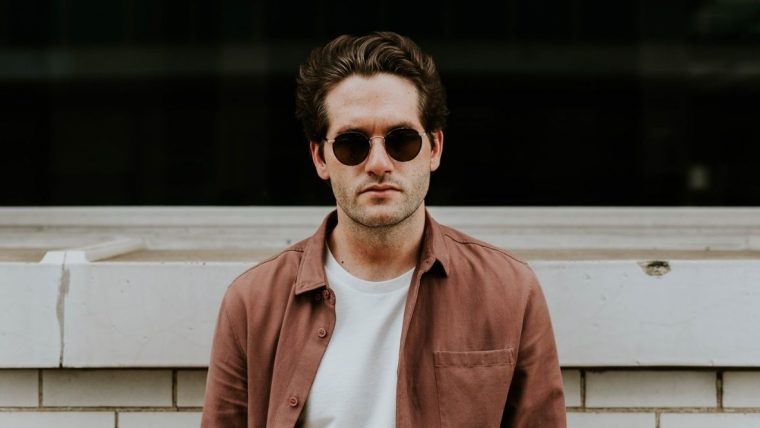 Hello, lovely readers, how are you? Completely your unique and fabulous self, I hope, because I’ve come to give you June’s predictions. Dive in with me, and let’s see what June holds for the Aquarius man.

The first week brings old topics and unfinished business in the Aquarius man’s family field. This is a good thing, as it’ll help him to close a chapter in his life. But, in other news, his surroundings are going to get very active and interactive, so it can prove to be a very fun or irritable time for the Aquarius man. Only time will tell…

The second week of June can be considered a filler chapter in the Aquarius man’s book of life. He will be prompted to visit his hometown or his family. He’ll also be in a touchy-feely mood thanks to Saturn turning Retrograde, and as Pluto is already Retrograde in his twelfth house of fears and hidden enemies, he’s prone to be paranoid and to feel attacked from all sides.

The third week of June puts him in an interesting mood. He’s going to conquer his illogical fears through interaction with his dear ones. The Aquarius man will be up for an adventure, so you can expect a lot of interesting date invitations from him.

If the second week of June was a filler episode, then the fourth week of June is an action-packed and condensed movie! The Aquarius man will have a lot of events and fun happening to him during the end of this month and he should be all there for it.

A Multiverse Of Neighbors

The beginning of the month demands that the Aquarius man focuses on himself and his family. Although Mercury is in Retrograde, this is a good opportunity for him to revisit some old topics that were left unresolved with his family, and this time around they will be solved and closed for good.

The Aquarius man can expect a much livelier community during this time, either he moved to a new place, or he has new neighbors who are rowdy and quite active, not just during the day, but at night as well.

This might irk the Aquarius man, or it might propel him to get acquainted and meet some new very awesome and strange people, like himself. New friends and opportunities for communication are flooding in, so he’s bound to have fun either way.

I cannot say that the Aquarius man is feeling romantic; romance is not his style, but he is feeling more… talkative and flirty thanks to the Sun in Gemini. He’ll share fun memes and interesting facts with you in the middle of the night, and he’ll want to answer your interesting messages as soon as possible.

The second week of June can bring a home visit for the Aquarius man. He might decide to go back to his hometown, visit his family, and see what’s new in a very old place. Something great and profound will come out of that.

His neighbors are settling in as well, and he’s either subdued them or has made some very cool, new friends.

His romantic life is preparing to get more interesting as Mercury has moved direct, and it’s about to reenter Gemini and his fifth house of fun!

Saturn has turned Retrograde in his first house, and he might feel these effects more than anyone else. His subjective feeling might be that he’s receiving a lot of criticism and online attacks at this point in time. His family might find some cold words to say to him, or he just might be feeling moody and broody.

Either way, the second week of June is like a filler episode in the Aquarius man’s life – it’s just a preparation for more exciting and livelier events that are about to unfold.

Neither Here Nor There…

At the start of the third week of June, there’s a Super Full Moon in Sagittarius in his eleventh house, the most important field in his chart. Considering how both Saturn and Pluto’s Retrograde influence has made him feel, we can freely presume that this Full Moon has settled some “dust” for him.

But, the party is not over; the Moon is about to conjunct Pluto Retrograde in his twelfth house, and make his dreams both wild and dark. His inner world might look pretty dark right now, but he won’t be showing that on the outside. Instead, he’s going to indulge in fun and intellectually stimulating activities with his lover or love interest.

He is bound to get an increase in his finances thanks to the Moon joining hands with Neptune in his second house, and he will be up for a fun date during that time. Going to an art exhibition or an artistic performance, or even to a planetarium, might be a perfect idea.

Towards the end of the third week, the Aquarius man will be in the mood for a more interactive and adventurous date, thanks to the Moon conjuncting Jupiter in Aries. You can expect him to call you out on a fun little drive, a trip to the mountains, or a date at the firing range. You never know with him…

Speed Me Up, I’m Ready

The fourth and final week of June activates his fourth, fifth, and sixth houses. This is going to be an interesting time for the Aquarius man, as he will be forced to deal with family matters, his own desires and fun-seeking impulses, as well as his daily routines and colleagues.

Things with his family are of karmic concern; whatever is happening with his family was meant to happen, so not much help can be offered. On the other hand, his fun-loving side will be exploding with constructive ideas and topics. It’s a perfect time to go out on a gaming date, to do something that makes you use your inquisitive side.

A D’n’D session, detective roleplay, or simply dirty talking between the sheets can all be very dopamine-inducing activities for this transit.

The end of the fourth week has a New Moon in Cancer, his sixth house of health and work, as a cherry on this month’s top. The Aquarius man is asked to dedicate more serious time to both his health and his relationship with his coworkers.

This is a good time for him to self-reflect and realize whether his suspicions and doubts are justified, or if he’s making himself stressed out too much.

Read next: 9 Signs An Aquarius Man Is Falling In Love With You

Well, there you have it, my lovelies. June in a nutshell for the Aquarius man – fun, is it not? I hope you’re able to keep up (or slow down) with him during this month, as there’s a lot going on behind the curtain that he’s not letting anyone see.

The Aquarius man’s overall mood is troubled and burdened throughout June, but his cheerful self won’t allow for that to spoil all the fun, so he’ll take the time to partake in all the inquisitive and interesting activities.

He should really take the time for his health and if there’s a chance, he should have a systematic checkup; his body is just like another computer, so he needs a checkup now and then just to make sure that everything is running fine and his operating system is not infected with viruses.

If you would love to know more and lay some fears of your assumptions to rest, find me here and book your own personal reading with me.

Until next time, my darlings!