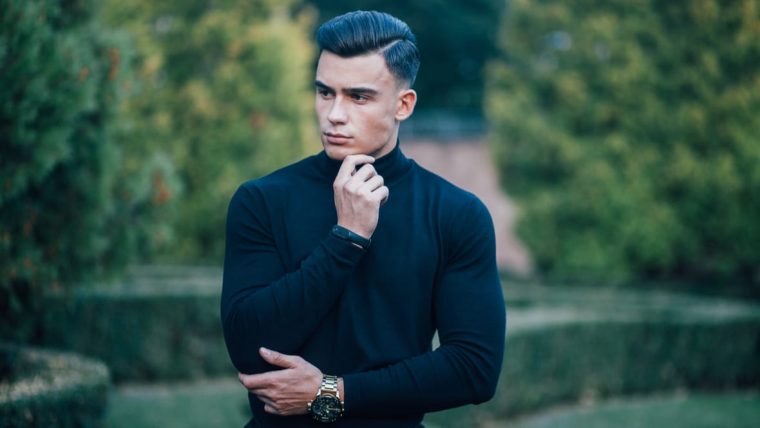 Hello my lovelies, how are you? All is good and dandy on your end, I hope, for the May prediction is here! So, let’s jump right in and unpack all this together.

The start of the month demands changes where the Aquarius man’s home life and career are concerned. His second and fifth houses, however, have something nicer and lighter to offer. It’s a good time for intellectual dates and interesting theories to share together.

The 9th of May puts a damper on his spirit, in a romantic and love sense. But the Aquarius man has Lady Luck on his side, plus Mercury is in a good aspect to the Moon, so all is perhaps not lost. Visualize the best and most optimistic outcome, track your vibe, and hope for the best.

The Full Moon Eclipse in Scorpio will darken his mood. He needs to deal with his family and public life issues during this time. There’s something that has to go, and he (as a fixed sign) doesn’t like changes – funny for a sign ruled by Uranus – the planet of changes…

The end of May brings forth new beginnings, new adventures, and new opportunities for the Aquarius man. He’s missed out on a lot of the outside world in the last couple of weeks, so now his time for “redemption” has come!

Things Are Never Boring When Your Ruler Is Uranus…

At the start of the month, Uranus is sandwiched between the Sun and the Moon, and the Moon is conjunct the North Node in Taurus, this takes place in the Aquarius man’s fourth house. And Saturn is conjunct Vesta in his first house of self, squaring the Nodes of destiny.

All of this spells trouble in paradise, as both his career and his home are affected. There’s a need for change in his home life, and this need should be acknowledged and followed through in order to not obstruct his life’s growth.

It’s not a very pleasant and the most soothing time for the Aquarius man, but at least his second house of finance and income is blossoming! Jupiter is conjunct Venus, and Mars is drawing closer to Neptune. Money blessings are coming his way, and it’s going to appease his troubled mind.

Mercury is in Gemini now, and it’s on the 1st degree, making way for new beginnings, fun, and good times in his life when it comes to romance! Getting along with kids and younger people is also going to be easy for the Aquarius man during this period.

It’s a perfect time to go out and have intellectual dates, spend time immersed in interesting conversations, and amuse each other with odd conspiracy theories and the state of the world. A visit to a planetarium is another great date idea during this period.

The 9th of May might put a damper on his romantic spirit, thanks to the Moon opposite Saturn. But Mercury is there to save the day as it makes a harmonic sextile with the Moon and Venus in Aries. This is a good time for actions, not words. Actions will be valued more and there’s an easier path in following your heart through deeds of bravery.

As Jupiter is on the last degree of Pisces, it’s possible for the Aquarius man to gain weight and go on a spending bender right now. All is for people, so let’s not judge him too harshly, he’s just expressing his emotions a little bit sideways…

Fortune in Aquarius makes an exact sextile with Venus in Aries, allowing the Aquarius man to be and feel lucky during this time, so it’s possible that he’ll win a trip to a sunny destination or that he’ll manage to buy something (he wanted for a long time) online at half the original price.

Now is a good time to tread the love waters carefully and with a grain of salt. The Saturn transit is not looking kindly on his love life, and he’s asked to be somber and realistic rather than romantic and idealistic.

On the 16th of May, there’s a Full Moon Eclipse in Scorpio conjunct the South Node. This takes place in the Aquarius man’s tenth house, versus the Sun conjunct the North Node in his fourth house. Something will have to give, and it’s quite possible that it’s his home life.

Jupiter is on the 1st degree of Aries, and this makes for a great transit for his communication and short travel. However, Venus is conjunct Chiron, so this might put a damper on his finances, as Mars conjunct Neptune in his second house of money and possessions. He should be careful with spending money right now, and he should not buy into shady sales.

Mercury has started its retrograde walk and is heading back to Taurus. Now is a good time for cautious communication and for playing online games together. It’s not safe to spend money, drive fast, or have differences in opinion, as major disagreements tend to happen because of Mercury Retrograde.

Pluto is also retrograde in his twelfth house, so his paranoia and fear can be very high right now; this, naturally, doesn’t put him in a very good mood. The Aquarius man might feel the need to isolate himself right now and spend some alone time. This should not be held against him.

On the 30th of May, there’s a beneficial New Moon in Gemini (his fifth house), conjunct Fortune. This is a perfect time to begin a regular activity together – something that has to do with information, humor, and a good time.

Mars is conjunct Jupiter in Aries, his third house of communication and Venus is in Taurus, his fourth house of home (finally), so there’s some peace, grace, and beauty coming to his family and home life, and he should most definitely go on a short trip right now.

It’s a perfect time to go mountain and rock climbing, watch car races, have fun in an active and adventurous background, and indulge in adrenaline-inducing activities.

It’s time for new beginnings, adventures, and laughter. The Aquarius man is feeling hedonistic and positive right now, and there are a lot of activities and things he’s been missing out on in the previous weeks, so now is the perfect time to catch up on all that.

Read next: The 7 Relationship-Killing Mistakes With An Aquarius Man

The beginning of the month puts the Aquarius man in a tight spot concerning his family and home life. So, his mood might not be the best, but there’s money coming his way. And although he might have gained a couple of pounds, there’s an extra slice of happiness for him in that pie.

The end of the first trimester of the month puts him in a foul mood, thanks to Saturn’s opposition to the Moon in his house of love. He won’t be in a very good mood where his romantic life is concerned.

The end of the month puts an end to most of his sorrows – finally! And he is able to breathe free once again. He will feel energized, charged, and positive. It’s time for new adventures.

Are you looking for more ways to make your Aquarius man your forever love? Or do you feel like there are still some bumps in the road with your Aquarius guy?

I’ve still got a few spots left for my VIP consultation where I can answer all your personal questions in love and life. >> Check it out right here.