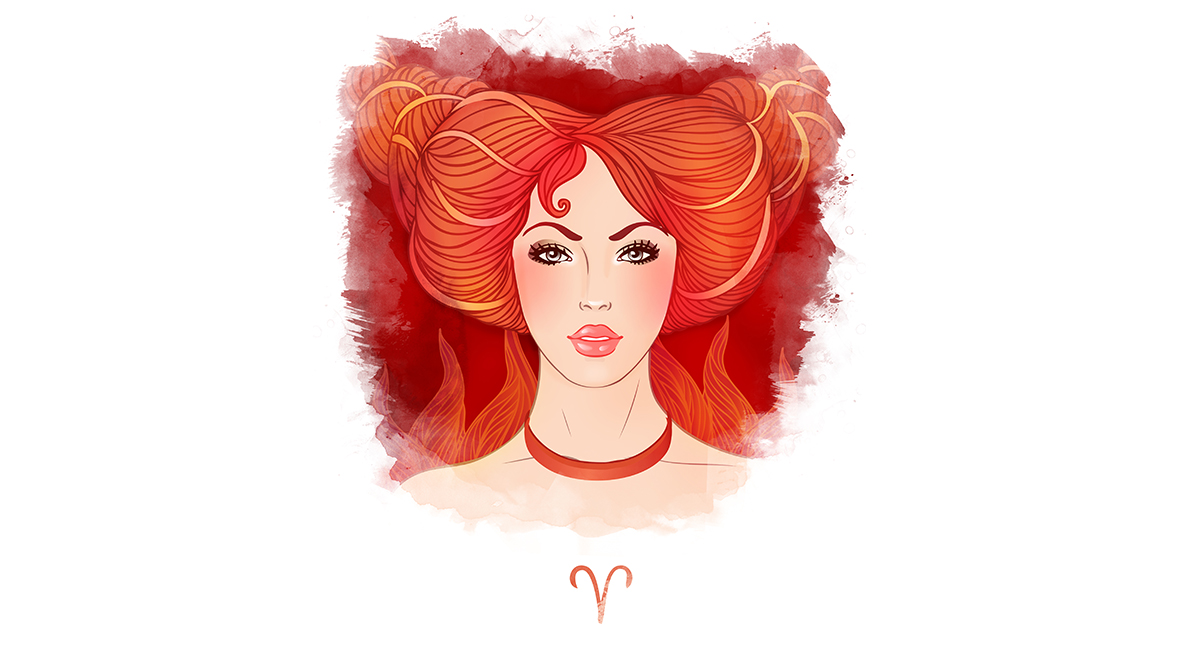 I have some amazing tips for you if you are wondering how Aquarius man and Aries woman are compatible. This is an unlikely duo, however, a match that if maintained carefully, has a lot of ground-breaking potentials.

These two may not remain together in a romantic partnership for long because of their drastically different perspectives on the world.

Aries is passionate and even fickle sometimes, and Aquarius is forward-thinking and sometimes even indifferent. Both signs are headstrong and confident, which can be good in that neither will seek the other’s approval, but bad when confrontation arises.

The strength in this partnership is that the spark of adventurousness in Aries and the mysterious winds of Aquarius will ignite a wildfire between the two.

Aries is a go-getter and a bit impulsive. This is a trait that can offset the methodical ways of Aquarius for better or for worse. Aries can get a job done in breakneck speeds and with efficiency, which can impress Aquarius, who sometimes gets lost and side-tracked in their thoughts. Because of this, Aquarius will generally take a back seat in the action and everyday tasks, letting Aries take the lead.

There is potential in this partnership for creativity and productivity with the visionary qualities of Aquarius and the take no prisoner’s attitude of Aries. There is also the potential for Aquarius to become intellectually superior and put Aries off.

If these two start to have too much conflict, a barrier of fundamental misunderstanding could result. The good news is that Aries is known for being fickle if they become bored or restless, and Aquarius has just the right amount of mystery and intrigue to keep Aries interested for the long haul.

In the bedroom, these two might be too hot to handle! Aries is known to be a passionately wild lover, and Aquarius is adventurous and unconventional.

Aries has an insatiable lust, and like in matters of the mind, can become bored physically too, if not satisfied. This is another area where Aquarius can and likely will rise to the occasion. There is the possibility that Aquarius will not be as insatiable as Aries, and may become distracted with other things, but Aries will likely keep them focused.

This will be the area where these two will likely have the most strength. If the relationship is lacking communication, this pair might be able to work it out in the bedroom.

This partnership could lead to a kinky match up, and likely a love life that will keep both coming back for more – particularly Aries as they are never one to pass up intimate opportunities.

Aquarius will be pleased by the fun-loving aspect of Aries, and Aries will likely push Aquarius in ways that Aquarius will appreciate.

This is where the relationship could get tricky. Aquarius is independent and thinks broadly, encompassing the big picture over personal experience or glory. Aries is the Champion and a warrior, though often progressive and charitable, has a personal reward in mind. This can turn Aquarius off because they might find Aries selfish.

Aquarius doesn’t like selfishness, given their humanitarian and ‘bigger picture’ perspective. Aries can, in turn, find Aquarius superior and overly-distant. Aries can also become jealous because of Aries’ passionate nature and Aquarius’ push for independence.

This may become a fundamental flaw in the relationship if it is left unchecked. This will be where the fiery passions of Aries will overwhelm the rationality of Aquarius. If Aries becomes scorned, no amount of Aquarius’ calculated reason will shift Aries.

The silver lining is that Aries could add some passion to Aquarius. Aquarius may have to learn to tap into a more emotional approach to communication, which isn’t a bad thing for the most emotionally distant sign in the Zodiac.

As well, Aries will impress Aquarius with their unfaltering confidence and daring spirit, which will speak to the adventurer in Aquarius. If the two can balance the possible conflicts of character, then the two could add emotional vitality to the other.

With two fundamentally different perspectives held by two equally self-assured signs, this duo could use their dynamic force to conquer trials in unique ways, or they can turn the force on each other and part ways.

Whatever the case, this partnership is likely to have a captivating appeal for both Aries and Aquarius that will have both having to reach outside of their normal limitations to avoid misunderstanding.

What do you think about the Aquarius man and Aries woman combo? Let me know!

How to Attract an Aquarius Man in July 2020

How to Attract an Aquarius Man in June 2020